Spirit and Structure: Paintings by Susan Swartz at the UMFA 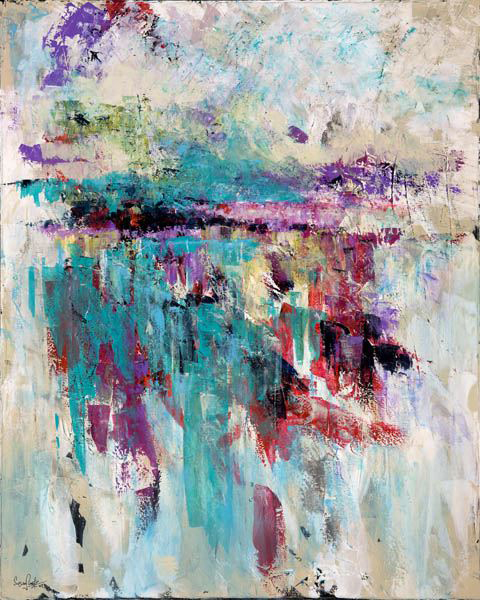 Sophisticated symbioses of spirit and structure awaken awe for nature’s beauty in viewers of Natural Revelations: Paintings by Susan Swartz, on display at the Utah Museum of Fine Arts through April 13, 2008.

“I just paint,” says the Park City artist of her acrylic-on-linen creations. “It’s from the soul. It’s from something real deep in there. And it’s hard to explain it,” she says. Painting entirely from imagination, Susan Swartzrepresents her spiritual interpretations of nature in boldly-colored, abstract works.

“Truly, this is a celebration of color; it’s a celebration of painting,” says David L. Dee, Director of UMFA. “You can see that she’s incorporating ideas about abstraction, about reducing things to their essence,” he says, describing the 17 Swartz pieces currently on display at the museum. “You can see a cross-section of work that includes [paintings] that are very much representational,” Dee continues. “This is an expressive, passionate work. . . But it’s also very much informed. She’s very knowledgeable about art-making and art precedents.”

Of her artistic predecessors, says Swartz, “The French Impressionists are my favorite.” The painter, a product of an artistic and musical family, puts greatest emphasis on her spiritual interaction with nature. “I believe the ultimate teacher is the environment, is God who creates. And, it’s just walking there, and painting,” she says. “I feel so blessed that I look at creation on a daily basis.”

An artist who begins each painting with a prayer and finishes each with the abbreviation “GTG” (Glory to God) beneath her signature, Swartz largely experiences life in spiritual terms. Among her blessings, she counts her re-emergence into the art world after spending decades away as a full-time homemaker. “Many years ago, I was showing in New York and I got some international recognition then; and I even showed in France,” she remembers. “But, I had these three wonderful children; and [my husband] was clearly the bread-winner in the family. So, I really put everything on the backburner. And I stopped the showing,” she says. “I never stopped the painting. But I stopped the showing. And it’s only since the kids graduated from college that I started all this up in full force again,” Swartz says. “I thought I had given all this up. And I do believe that God’s blessing me for the decisions I made many years ago to raise my kids. I’ve got three great kids.” 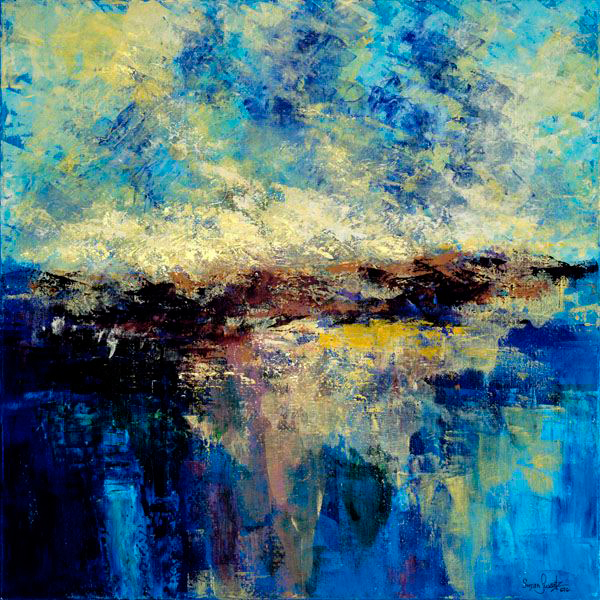 In graceful agreement with her personal values, Swartz generously contributes to not only her family, but also to multiple social and environmental causes. Active in her local community, Swartz supports programs generating empowerment of low-income and under-represented groups. Beyond her immediate sodality, her humanitarian work includes contributions to the making of evocative documentaries including 2005’s Oscar-winning Born Into Brothels, a film about using art to lift children from the interpersonal, educational, and financial hopelessness of life as the offspring of Calcutta, India’s prostitutes.

Swartz also strives to sustain Earth as a whole. The painter’s appreciation and respect for nature are vividly apparent in her work. “She captures the essence of things that she cares about deeply: the environment, the earth on in which we live, the natural world that surrounds us,” says UMFA’s director. “I think it’s unusual for a museum to have an opportunity to show an artist who has important things to say about the time in which we live, and does so with a great passion, and skill, and dedication to her craft.”

Environmental endeavors have given Swartz opportunities to meet other activists including Dr. Jane Goodall, who penned the conclusion of the artist’s first book. In Natural Revelations: The Art of Susan Swartz, Goodall, best known for her chimpanzee studies in East Africa, writes, “Susan Swartz shares my concern for the future of life on this planet.” Swartz’s work encourages all, writes the scientist and UN Messenger of Peace, “to do what we can to save nature itself.”

In her book, released coinciding with her solo exhibition at the Utah Museum of Fine Arts, Swartz showcases the environment with her vibrant images of nature’s glory, with sections named for the seasons, and with quotes from renowned naturalists including Thoreau, Emerson, and Longfellow. “I didn’t want the only statement to be about me,” Swartz says. “I wanted it to speak more to the environment.”

In conjunction with the exhibit of this inspiring Utah artist, recognized in 2004 by the Harvard Divinity School for her interaction of artistry with spirituality, the museum offers a lecture series on spirituality in art. Dr. Gloria White –Hammond, co-founder of My Sister’s Keeper, a humanitarian group supporting women of Sudan, speaks February 21 at 7:00 pm. April 3 at 7:00 pm, Diane Apostolos-Cappadona, Adjunct Professor in the Prince Alwaleed Bin Tala Center for Muslim-Christian Understanding, will present The Spirituality of Vision: Artistic Journeys to the Sacred. Lectures are open to the public at no cost. 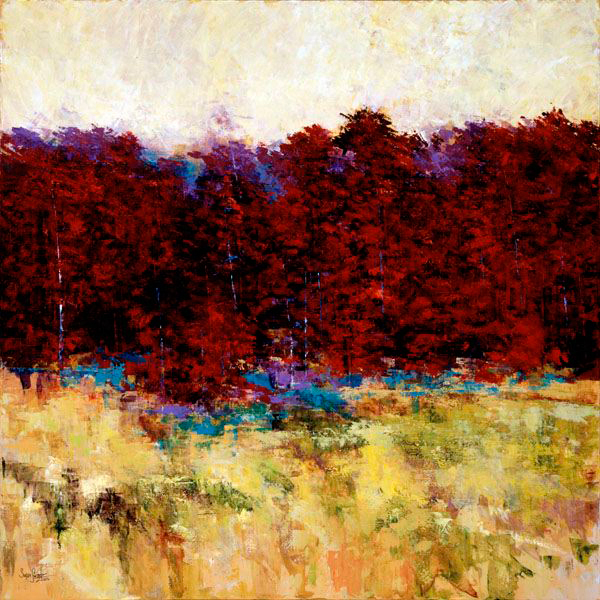