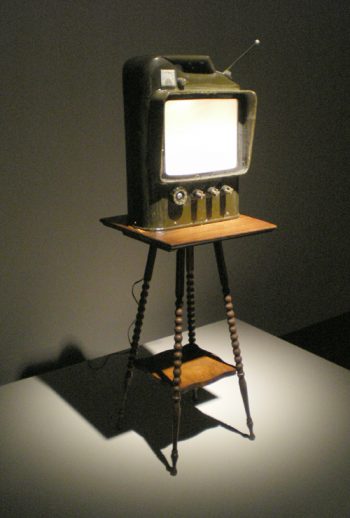 Downstairs, off their Main Gallery, the Salt Lake Art Center’s Projects Gallery is a small room where shows can be overlooked. The impact of architecture on art shown here can be like putting food between slices of bread: it becomes a snack. One can inhale a quick aesthetic lunch before hurrying on to more important events. Or, as in the present case, a footnote to whatever is showing in the larger gallery can be rendered optional.

The problem with this is that art grows like shrubbery. Most artists add a modicum of growth to an existing branch, making the shrub larger but not altering its eventual shape. It’s a rare artist that forks off a new branch, and a rare work that lets us clearly see the structure underlying art’s new shape. Academics live with diagrams of structures in their heads, which their eyes project onto the work. They fill a gallery with examples of the growth that fills out the newly reshaped shrub, but in the process we may lose sight of the fork that made it possible.

The current show at the Art Center is a case in point. SF Recylced, in the Main Gallery, is worth seeing. It makes a point about the social role of artists— beyond, that is, making marginal neighborhoods safe for gentrification. But those who miss the corner gallery, or enter for a quick look, may miss the primal breakthrough that its contents demonstrate.

Take, for instance, “Jerry Can Standard Prototype,” Ed and Nancy Reddin Kienholz’s television set made from a 5-gallon gas can. The Kienholzes are to assemblage what Picasso was to its two dimensional cousin, collage. Prior to Pablo, artists who set real objects against their painted work wanted to oppose the real and the represented. Picasso’s Cubist collage was intended to deny the privilege of the real, to force viewers to relinquish the artificial separation between two kinds of sensory knowledge.

Prior to the Kienholzes, assemblage was largely the work of Dadas and Surrealists, who wanted to produce waking dreams that broke down logic. But look at “Jerry Can Standard Prototype”: what’s striking about it is how “right” it looks. It’s not simply that the TV set is a dangerous incendiary we ought to think twice about bringing into our homes. If that were all the artists had to say, then a surplus bomb with a TV screen would do. But this “prototype” looks much deeper into the human condition and the American psyche and marvels that at a certain moment in time a TV set and a gas can—two highly evolved examples of design, manufacture, and marketing—could bear such a family resemblance. The period decor table it stands on—a signature Kienholz touch—drives the point ever closer to the bone. It’s not necessary for a sewing machine and an umbrella to meet by chance on an operating table for us to see how strange ordinary life is. All we have to do is see it as it really is: the way Ed and Nancy presented it, in ever-larger and more visionary installations. This is why they are two of the most important American artists ever, and their work should come out of the closet and into the mainstream imagination. 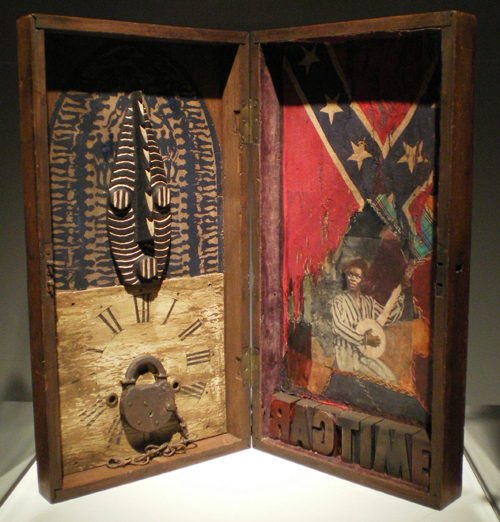 “Opening Ragtime,” Betye Saar’s diptych box, reveals similarly layered truths. Inside are the closeted secrets of America’s racist past, but also a claim for repossession of a stolen birthright. The graphic power of the “Stars and Bars,” the Confederate battle flag, is linked to the flair of a minstrel’s dress, while the image of slavery becomes the aura of a tribal spirit. The title, spelled out in reverse in printer’s type, argues the padlocked clock cannot stop time forever.

George Herms’ “Clue To” comments in a similarly poetic fashion on another great divide: this one between the classical and the romantic, the rigid and the spontaneous, the immoveable and the fragile, viewed through the life of legendary jazz pianist—and electro-shock therapy victim—“Dodo” Marmarosa. 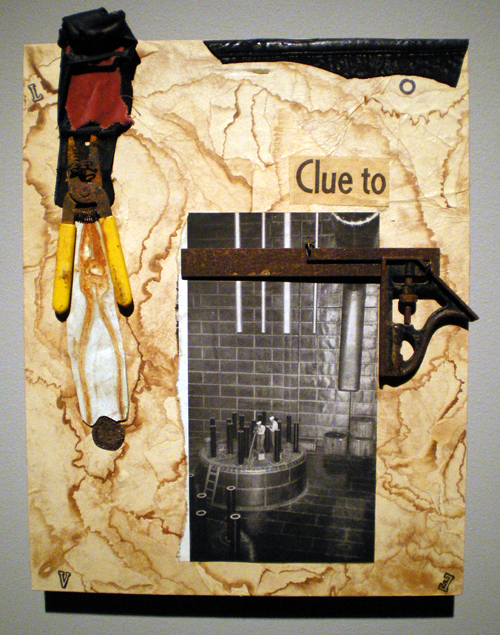 Focusing on the process of assembly and its significance sets William Dole’s work apart from the collage it resembles. His interests are more in line with Abstract Expressionism (with a hint of Minimalism to come) than with the pictorial goals of European collage.

Wallace Berman’s verifax collage of handheld devices put a symbolic universe in the palm of the hand. In one or another of Berman’s several versions, this prophetic device has recently emerged as the poster child of West Coast Assemblage. Forget the i-Phone: Berman saw the real implications of technology in the transistor radio. 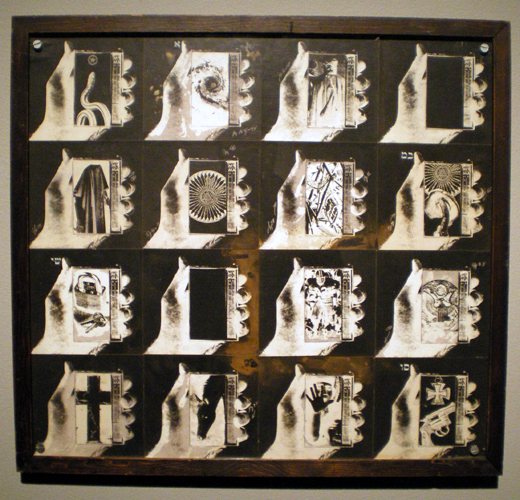 These five works by six artists are a monument of the American Twentieth Century. Jim Edwards has selected five deceptively small-looking works and assembled a show of giants in a small space. Given the systemic neglect of art made west of the Mississippi, we may hope that this is just the beginning of a rediscovery of art and artists who could only have come from those who live here: from among us. 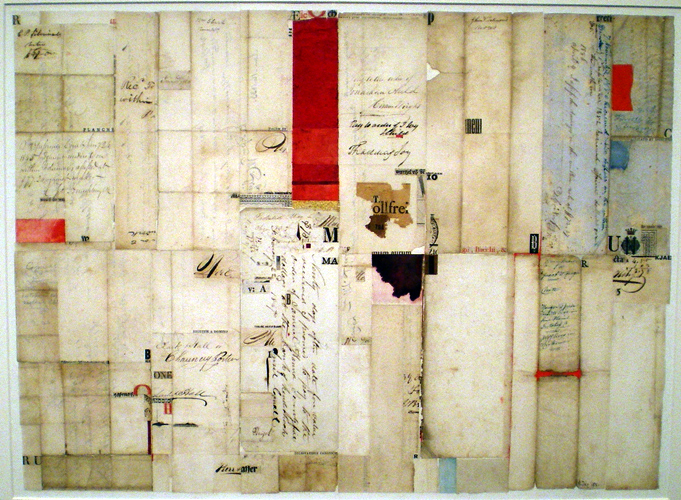