Shawn Rossiter to step down from 15 Bytes (April Fools’) 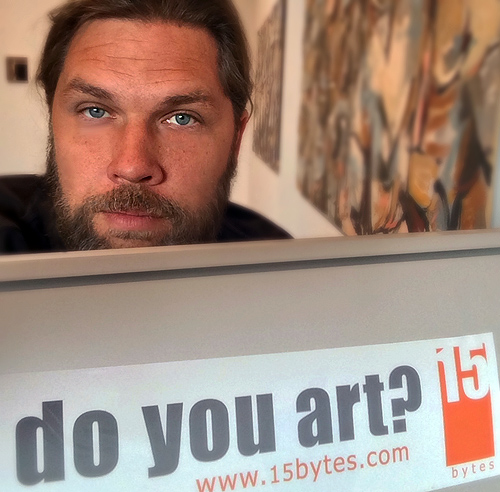 15 Bytes founder and longtime editor Shawn Rossiter announced today that he’ll be leaving the publication at the end of the summer. “It’s been a great journey and I’ve had a blast being so involved with Utah’s art community, but it’s time to move on and do something new,” Rossiter said from the publication’s office, where he was busy working on the April 2015 edition.

Rossiter started Artists of Utah in 2001, after putting up a notice and sign-up sheet at the Sugar House Arts Festival. “We published our first edition of 15 Bytes the first week of September that year. 9/11 happened a few days later,” he says. “It wasn’t exactly the best time to capture people’s attention.” Timing wasn’t the only problem. The publication struggled in its early years, finding it difficult to secure funding. “There was really nothing like us going on at the time, so people didn’t know what to make of us,” he says. “Facebook wasn’t even a gleam in Mark Zuckerberg’s narcissistic eye, and to get around the Internet people relied on hyperlinks more than Google searches [the company was only 3 years old]. So publishing a local, online art magazine was unchartered territory.”

For a six-month period in 2004 the publication even shut down. “I suppose you could thank — or blame — Laura Durham for the fact we’re still around,” Rossiter says. Frustrated with the lack of community support, he had given up after three years. Then he heard about a workshop at the Utah Arts Council, where artists complained about the lack of a community nexus where artists could discuss what was going on in the community. Durham, who was a visual arts program coordinator for the Arts Council and was facilitating the workshop, got frustrated. “She stood up and said something to the effect of, ‘You had that. Shawn Rossiter was doing it and it was called 15 Bytes but you all didn’t support it,’” Rossiter remembers. “It was having support like that, from Laura and others, that convinced me to give it another go.”

Since then the publication has continued to grow, with the financial support of members of the local community as well as foundation and governmental grants. “We produce more content now in two months than we did in all of that first year,” Rossiter says. “The growth has been terrific to watch and it’s really due to the great group of staff and volunteers we have.” Rossiter notes that every year more than two dozen people provide content to the magazine. “Other news outlets use us as the voice of record for the visual arts, we get cited in scholarly works, people even tell me they moved here in part because of the art scene they learned about in the magazine,” Rossiter says. 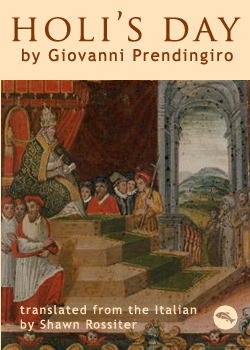 “I think the organization has matured enough that I can move on,” Rossiter says about his plans to step down. He mentions various projects he’d like to get involved in (“maybe I’ll find something that actually pays some money”). One that he has already pursued is literary translation. His first foray, a translation of the novel “Holi’s Day” by Italian author Giovanni Prendingiro, is due out this fall from Aubrey House Press. “It’s kind of a genre-blending novel, part sci-fi, part historical fiction, set in the court of Pope Gregory.” He says he’s also started on a book of his own called 16 Bytes. “It will have all the juicy stories about Utah’s art community I’ve learned about over the years but wasn’t able to publish in 15 Bytes. Of course I’ll probably have to wait until after I’m dead to publish it.”

Rossiter will slowly transition out of his role as 15 Bytes editor, but says August will be his last edition. Local artist Brad Slaugh has been named as interim editor until a full-time replacement can be found. Reached in San Miguel de Allende, Mexico, where he has been on sabbatical for the past 9 months, Slaugh said, “I really appreciate what Shawn has done over all these years. And I certainly want to respect the tone of the magazine he has established but I also think there are ways we could shake things up and attract new audiences.” He says he’s a big fan of The Onion, and wants to see if it’s possible to inject more humor and satire into 15 Bytes. “Maybe we could have an editorial cartoonist on staff — not anything dangerous like Charlie Hebdo, but someone to stir the pot. Or maybe a regular columnist who looks at the shenanigans of the art world with a satirical slant. Or even just once a year, like for an April Fools’ Day edition.”

We don’t want to see Laura Durham get frustrated again.
HELP US RAISE $8,000 FOR OUR 2015 SPRING FUNDRAISER
Since beginning our fundraiser March 10th: We’ve raised $4285