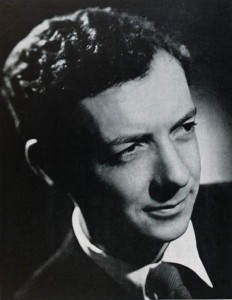 If you want to hear music by Benjamin Britten that is almost never performed and music that offers sounds you have rarely heard, then you will want to attend Intermezzo’s concert on Monday, July 11th.

The series’ second program of the summer is all about the British – composers and poets that is. Ralph Vaughan Williams looked to A.E. Housman as inspiration for his song cycle “On Wenlock Edge,” which will be performed by tenor Brian Stucki.  Benjamin Britten set “Songs and Proverbs of William Blake” to be performed by baritone Michael Chipman and pianist Jason Hardink. To close the program Vaughan Williams gets the last “word” with a performance of his Piano Quintet in C Minor. 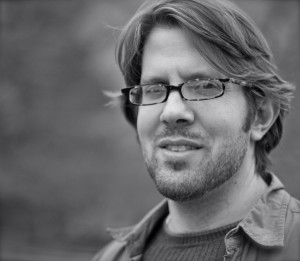 To begin, Brian Stucki (read our artist profile here) will perform “On Wenlock Edge” a group of poems from A.E. Housman’s “A Shropshire Lad” set by the venerable Vaughan Williams. The composer had just returned from Paris where he had spent some time with Maurice Ravel. The Englishman said he had returned home “with an attack of French fever”, but Ivor Gurney claimed the song cycle to be “purely English words retranslated and reinforced by almost purely English music … The French mannerisms must be forgotten in the strong Englishness of the prevailing mood – in the unmistakable spirit of the time of creation.  England is the spring of emotion, the centre of power, and the pictures of her, the breath of her earth and growing things are continually felt through the lovely sound.”  As it happened, Ravel, played the piano in the first French performance of the work in February 1912 and reported to his friend, “Everyone is agreed that your lyric poems were a revelation”. 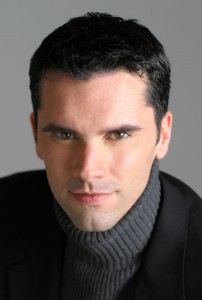 Baritone Michael Chipman reminds listeners that Britten’s song cycle “couldn’t be more different, stylistically…Where Vaughan-Williams uses traditional folk tunes and tonal harmonies, Britten creates music out of whole cloth, borrowing nothing from traditional tunes, writing most of the music in whole tone scales, jagged rhythms and tight atonal harmonies”. Chipman is approaching the Britten/Blake song cycle for the first time. He points out that, “Britten is always very sensitive to text, and these William Blake texts are dense, esoteric and somewhat arcane. My sense in learning this music is that Britten tried to capture all of those qualities with his music. The general tone of the poetry and music is dark, cynical and harsh, and Britten is almost completely relentless in refusing to give the listener a moment of tonal reprieve.”

Britten customarily wrote for tenor Peter Pears, but he composed these songs in 1965 for baritone Dietrich Fischer-Dieskau.  Perhaps the colors and character of the texts called for a darker baritone quality and timbre. Pears did have some input, however, as he was the one who selected the texts and their sequence, taking care that the proverb set the tone for the poem that followed. Audiences anticipating their encounter with this song cycle might do well to heed the words of Britten, himself:

“Don’t just day-dream when listening to it, but listen seriously to the music that you feel one day you may like. I am afraid many people like music only for the ideas it gives them…it is not the music they enjoy, but the associations stirred up by this music. The fullest benefit and enjoyment to be got from listening to music is a much deeper thing–the appreciation and love of the tunes for themselves, the excitement of the rhythms for themselves, the fascination of the harmony and the overwhelming satisfaction which a well-constructed piece of music gives you.”