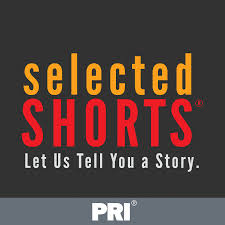 “I’ve been asked, ‘Is this a serious literary event or a grand drunken reunion for all your actor friends?’ ” Isaiah Sheffer is reported to have said in an interview with The New York Times in 2004. “Yes!”

The event he is referring to is Selected Shorts, the weekly performance readings by celebrated actors of short stories at Symphony Space in New York where Sheffer was founder and Artistic Director until his death two years ago this month. Produced by WNYC for NPR, Selected Shorts is heard on over 160 public radio stations nationwide, including on KUER which is hosting the show with Doug Fabrizio Saturday at The Grand Theatre in Salt Lake City where it will be recorded live.

If you don’t have tickets, you’ll have to be satisfied with hearing it out of the ether on Nov. 23rd at 7 pm on KUER (the show is sold out), which is how most of us have come to experience and love what has emerged as America’s weekly collective literary event, fusing performance with literature and just enough glam through name recognition to make short fiction sexy. That is a tall order. Collections of short stories are notoriously hard to sell in a country that when it does pick up a book of fiction prefers novels.

Sheffer has produced Selected Shorts at least once before in Salt Lake when the production decamped at the Utah Humanities Book Festival in 2009 at Library Square. Jean Cheney, founder of the Book Festival–what has become Utah’s signature literary event each October–recalls, “Hearing Selected Shorts read to you in person is like being read to as a kid—only better.”  “I thought the inclusion of Selected Shorts…was a natural fit for us,” says Hikmet Loe, former festival director. “The intersection of writing and the spoken word, presented to audience through a performative format…was a wonderful end to a great festival!”

The show which features stories by established and emerging writers regularly moves around the country where fans flock to the theatre to see how the uniquely wrought presentation of the written word looks.

Selected Shorts is just one part of Sheffer’s legacy. Another of his ideas was “Bloomsday on Broadway,” an annual reading of James Joyce’s “Ulysses,” of which the 33rd rendition occurred this past summer.

The Joyce events are held on June 16, the day in 1904 when Leopold Bloom, the author’s fictional Irish Jew, walks the streets of Dublin and reveals his interior life. More than 100 actors and other notables take part in readings that last seven hours or more. Readers have included Stephen Colbert, Tony Roberts and the late Marian Seldes. Sheffer is in the background adding music and touches like the clatter of ale bottles behind the voices. 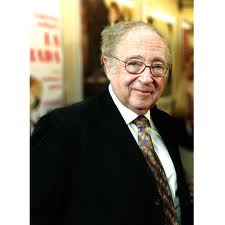 The author of “Ulysses” will not be in attendance in Utah’s capital city this weekend–in spirit or in person–but one of the features of Selected Shorts is that the programs can be found on podcast. It would seem that the written word can move from page to air and back to a permanent archive in one single event, a populist hybrid outing Sheffer not only facilitated for years but applauded without apology.