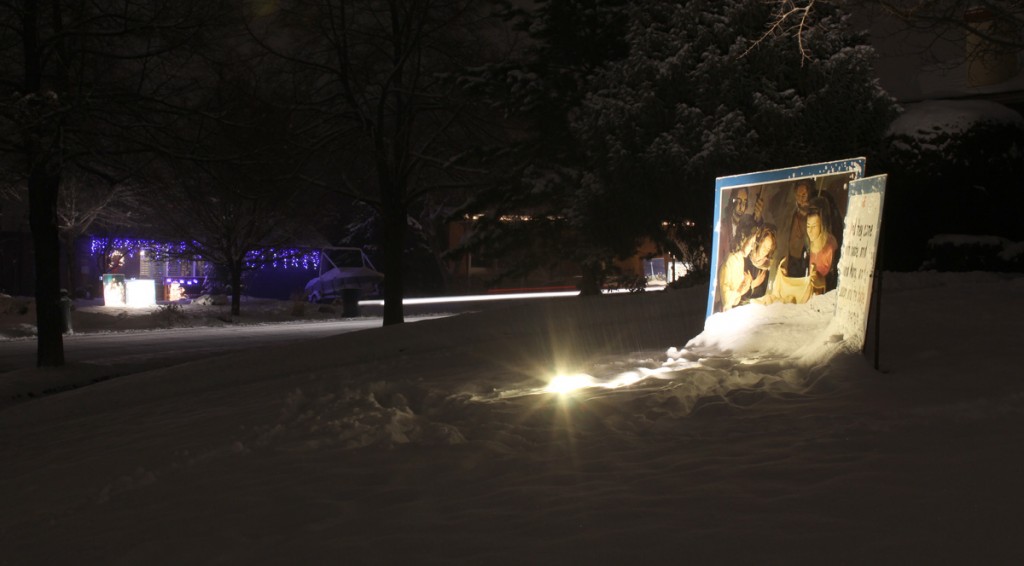 For over 50 years a Salt Lake City neighborhood has celebrated the season by displaying paintings illustrating the Bible story of the nativity in their front yards. The current owners of the houses aren’t sure how the tradition started, they just know that when they moved in they found large boards in their garage, featuring paintings and textual references. Beginning in early December, they display the paintings and text in their front yard, illuminating them at night. During the holiday season, a steady stream of cars pass along Blaine and Wilson avenues, which join in the middle across from the entrance to Westminster college, to form a semi-ellipses. The locals call it “the horseshoe,” except for the month of December, when it becomes “Christmas Story Street” (not to be confused with “Christmas Street,” a more secular celebration located one block east on Glen Arbor). The paintings are on display until after the New Year.

Some, like the version of Gherardo delle Notti’s “Adoration of the Child” featured in this photograph, are copies of centuries-old works, while others are original to the band of local painters in the fifties who created them. Displayed in rain, sun and snow, many are wearing poorly; others are holding up rather well; and a few, either completely worn out or stolen, have been replaced by prints or conventional holiday lawn decorations.

If anyone knows the story behind the paintings at Christmas Story Street we’d be interested to hear. 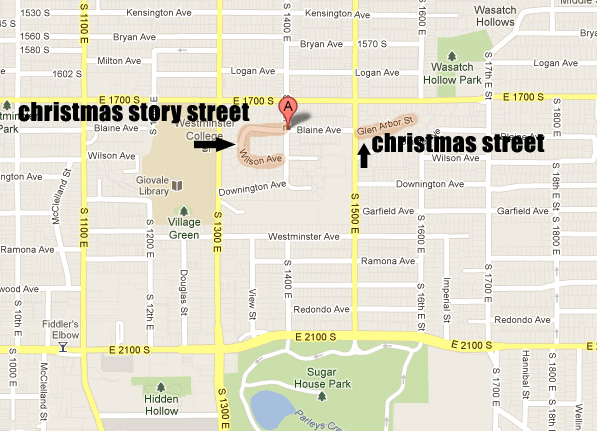 Who has the best holiday decorations in your neighborhood?