Sculpted Regions of the Mind at the Woodbury 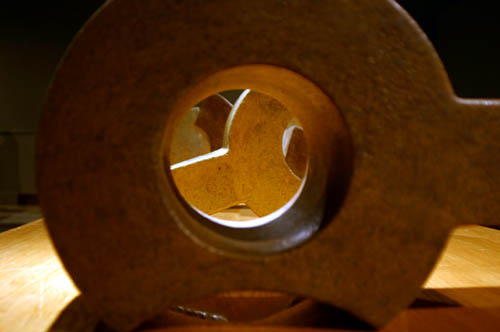 The installation of the nine sculptors’ work reflects this pluralism, giving each artist’s work its own alcove, chamber, or cell of the entire space, so that the viewer’s movement is a passage through the various minds of the sculptors involved. The curators describe the exhibition as “not unlike the sci-fi film Fantastic Voyage where miniaturized scientists traveled through the vascular system of a man to perform a life-saving surgery – only here patrons are moving through an exhibition of one vein of particular thought into another region of possibilities as presented by another artist/mind.” 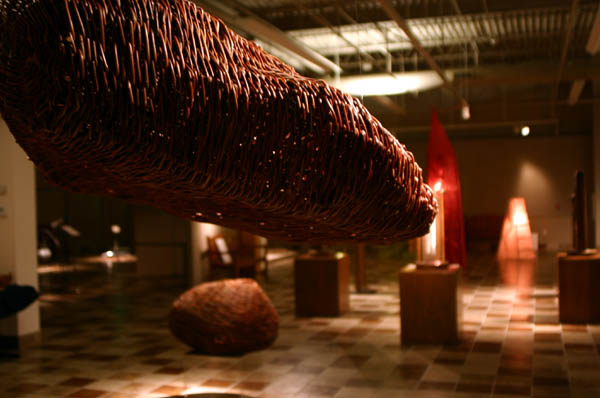 Much of the excitement of sculpture these days comes from the broad use of materials, from traditional stone, clay and wood to more modern materials like Plexiglas, steel and found objects. Many artists rely on the material itself as a vehicle for meaning, as with Tyler Meadows Davis, whose works use glass and its role as a transmitter of light as a spiritual metaphor.

Joyce Marder is equally concerned with material but in an experiential rather than cerebral way. She is a weaver, creating baskets and forms out of willow, dogwood, rabbit brush and tree trimmings. Coming to know and work with the plants and materials that make up her pieces is the inspiration for the sculpture. 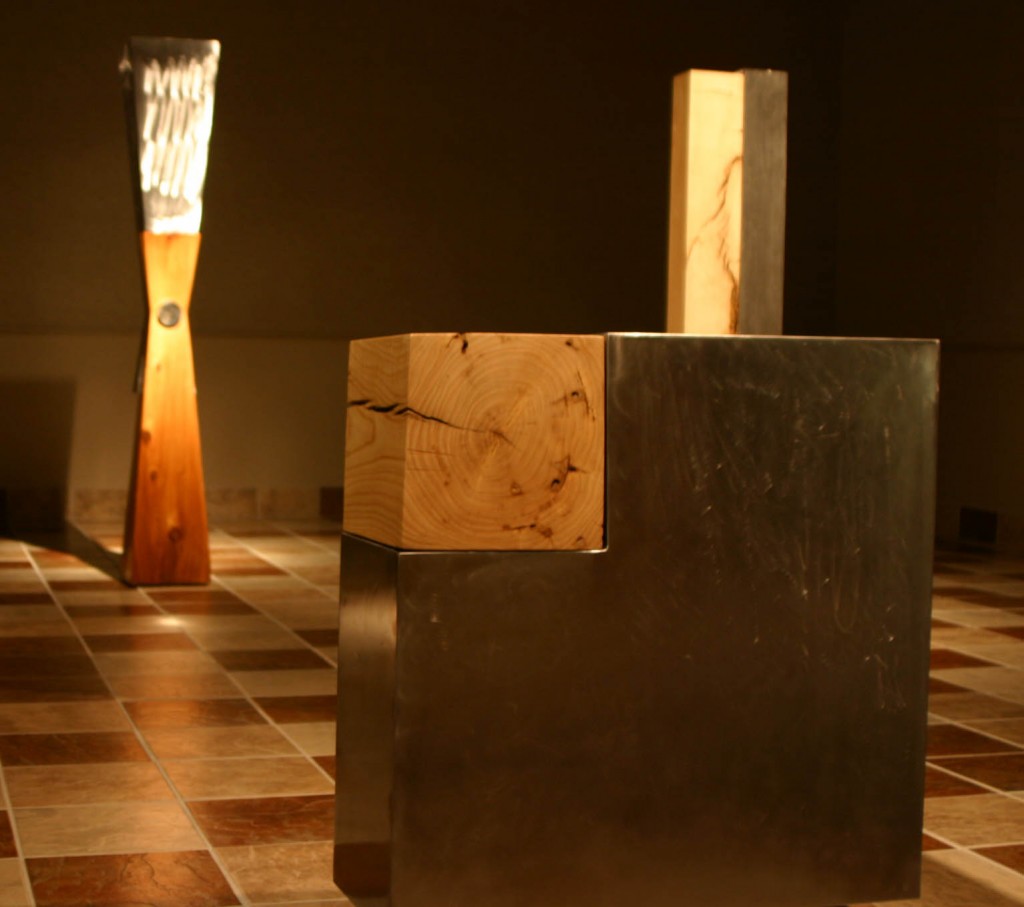 The sculptures of Jared Ellis are minimalist works that, with the juxtaposition of metal and wood, explore various contrasts. Bryon Draper does something similar when he blends his rough-hewn stone or wood with delicately modeled heads, arms and legs.

The conceptual is as strong a concern for these sculptors as is the material. B.J. Gawle  works in stone with the most basic of shapes, creating mesmerizing physical objects that relate to greater intellectual concepts: reflecting the circle of life, the coding of language found in an ancient alphabet or the cataloguing of memory.

True to the concept of the show as a traveling of passageways in the mind of contemporary sculpture, the works of Frank McEntire have been set apart into their own alcove, and this setting is perfectly adapted to the religious reliquaries that make up much of McEntire’s work. McEntire finds discarded religious objects and manipulates, rearranges and recontextualizes them into his own comments on such contemporary concerns as economics, politics and the environment. 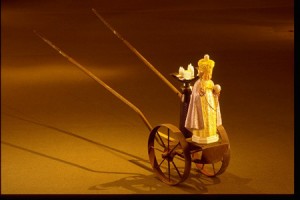 The exhibit contains both objects and installations presented in a way that promotes a movement from one arena of thought to another, from one context to another – moving through dark passages to regions of illumination. This museum show is a marvelous journey through death, transcendence, stability, religion, passage, light, and thought itself.

The work of Brian Christensen, Ashley Knudsen and Kurt Knudsen also appear in Regions of the Mind which continues through September 30th.