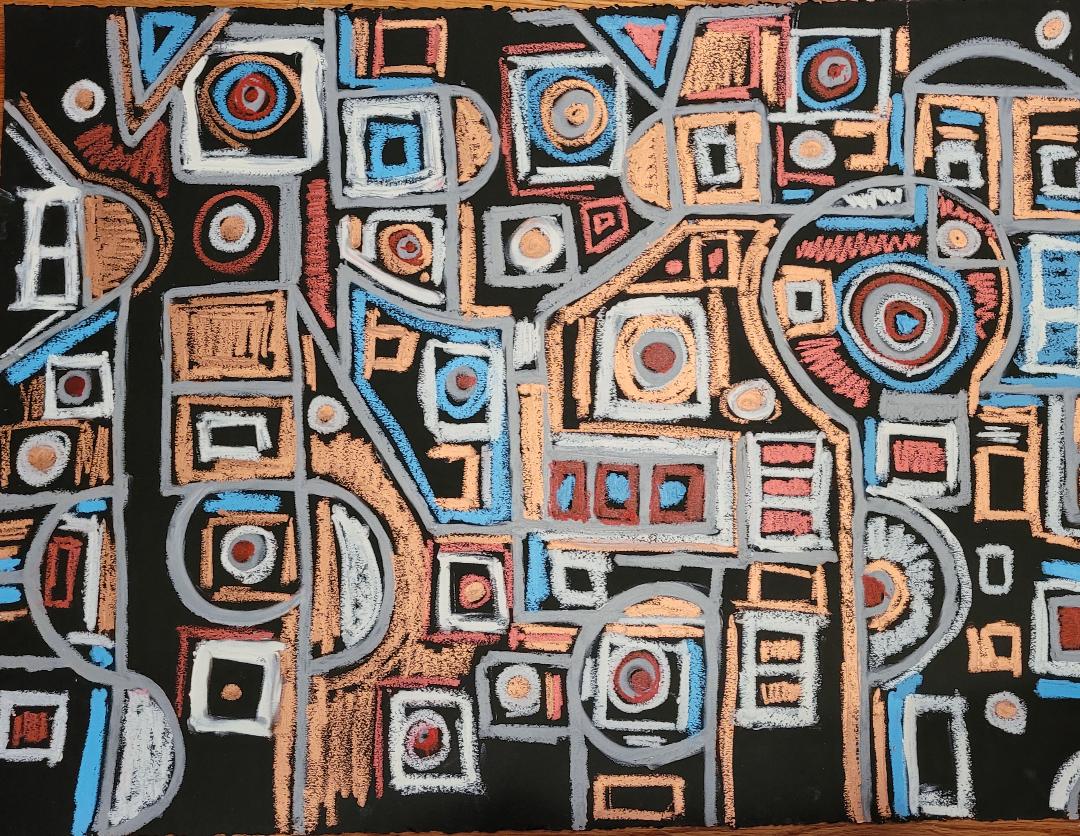 Sam Forlenza says that whether working as a clinical psychologist or as an artist, “tapping into feelings is critical. I seek to uncover emotions known or unknown, old, or new.”

A native of Newark, NJ, Forlenza has an undergraduate degree in Fine Arts from Rutgers University (where he studied with Al Hansen, a pioneer of Happenings, and a friend of Allen Kaprow) and has pursued graduate work in studio art in addition to his clinical doctorate in psychology. For the better part of two decades his clinical work focused on couples in conflict over child custody. He has also worked in long term care facilities providing psychotherapy and psychological assessments. As an artist he works in a variety of media: he creates 2-D work in ink, paint, pastels and more; he is a poet and book artist (he completed the book arts program at the University of Utah and in 2021 his artist’s book, Three Windows, was acquired by Boise State University); and he is a performance artist (he has studied performance art with internationally-known performance artist Marilyn Arsem).

He talks of his work as being “intuitive, spontaneous, and automatic. I approach my work with no preconceived ideas or preliminary studies. I try to keep my mind out of my work and create from my unconscious.” When he is working in black and white, using India ink on white paper, he might produce a few dozen works in one session. “The work pours out of me faster than I can move the old work and lay down a new sheet of paper. It is exhilarating. I am into what Hungarian-American psychologist, Mihaly Csikszentmihalyi called ‘Flow.’ For the moment, I am lost in my own world, just me and the current work.” Of the results he says sometimes it is love at first sight, at other times he falls in love gradually. Since arriving in Salt Lake City in 2015, after closing his clinical practice, Forlenza says his palette and use of media has expanded considerably.

Forlenza has long been drawn to the New York School, an attraction that has been driven by affinity, geography and personal acquaintance. His first art teacher, E. Ramai Fisher, introduced Forlenza to abstract expressionist Max Schnitzler (1903-1999), who shared studio space with Elaine and Willem de Kooning, and also Jackson Pollock. (Sam says Schnitzler used to Max regale him with stories of sharing a studio with de Kooning, including a time when a cash-strapped de Kooning jerry-rigged a gas line from the basement of their building directly to their cold studio.) Fisher was also a friend of Motherwell, who Forlenza says has been a major idol of his since his late teens. “[Motherwell] was attracted to automatism, with its unstudied and intuitive approach. This is a fascination that I share with him,” Forlenza says. “It connects directly with my background as a clinical psychologist. I am interested in the creative process and creative unconscious. Where does the creative process come from? What guides our markmaking?”

“Motherwell’s Open Series, which he came upon, quite accidentally, I find especially engaging,” Forlenza continues, describing his affection for the artist’s work. “For Motherwell, abstract art was a form of mysticism. The rectangle alludes to a doorway or gateway to the unknown … I recall how thrilling it was to go into NYC in the 1990s and stopping at Long Fine Arts, which has since closed. The gallery owner would show me print after print of Motherwell’s work. What a feast for the eyes.” 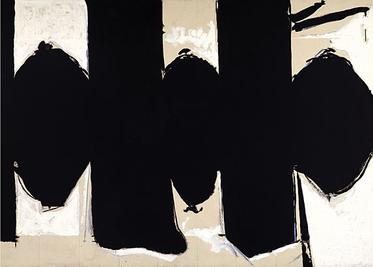 “Elegies to the Spanish Republic are Motherwell’s most famous series. There are more than 150 variations on this theme which relates to the horrors of the Spanish Civil War. The simplicity of his forms and the power of his imagery overwhelm me at times and can bring me to tears. The best example of this work is his mural size version seen in the National Gallery of Art, in Washington. DC. When I see this painting, it is like visiting an old friend who silently but warmly welcomes me. It almost smiles at me in recognition. I definitely smile back.”

Locally, you can find Forlenza smiling at the Utah Museum of Fine Arts (UMFA), where is an Art Ambassador and has developed a self-guided tour, Art and Mental Health, which discusses the healing aspects of viewing art. He also enjoys teaching and has conducted art workshops and demonstrations, from middle school to older adults. In early 2020, he had an exhibit of 30 artworks titled A Conversation with Unexpected Friends, at the main branch of The Salt Lake City Public Library. At the beginning of April 2021, the artist was part of the 8th Annual Salt Lake City Performance Art Festival curated by Kristina Lenzi. He created nine large (22 x 30 inch) drawings in 50 minutes, in a work titled, “At the Creation,” a tribute to automatism in art. He will participate in this year’s festival virtually from Palermo, Sicily, on Saturday, April 9th. The work is titled “The Palermitan.”

You can view more of the artist’s work at instagram.com/Sam.Forlenza