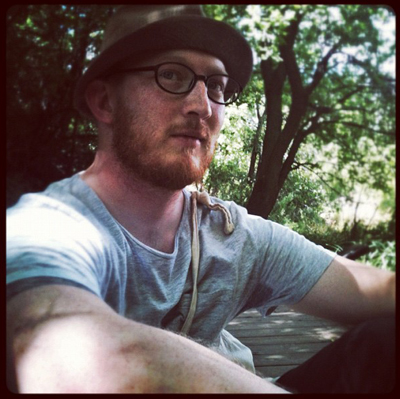 Justin Howland was born and raised in Salt Lake City during the time of the Great Flood. He grew up a suburbanite always looking for adventure and travel. That desire was met at an early age when he started taking bagpipe lessons with David Barclay. Since, Justin has gone on to be a part of the musical leadership of the Utah Pipe Band as well as Wasatch & District Pipe Band, where he was also a founding member, and has played with the Prince Charles Pipe Band of San Francisco and Triumph Street Pipe Band in Vancouver, BC. Justin is also the founder and president of the Utah Pibroch Society, Director of The Bagpipe Studio, and has acted as President of the Western United States Pipe Band Association’s Great Basin Branch. He is one of only a handful of professionally graded solo pipers in the Western United States and is one of the only piobaireachd instructors within the Great Basin region. Outside of bagpiping, Justin has worked as Piano Ambassador Program Director at The Mundi Project, worked within Utah Symphony|Utah Opera’s Education Department, and currently works in the Folk and Literary Arts Programs at the Chase Home Museum of Utah Folk Art.

It’s really tough to say because Salt Lake’s architectural style has always seemed fairly homogeneous to me. I really like architecture that I can engage in, experience, and that makes me think. The Cathedral of the Madeleine is interesting because of its neo-gothic structure, but the interior is so unlike any other gothic building I’ve been in. The choice of color makes me think of spring while the exterior is very much an imposing gothic structure with its monochromatic gray stone. What strikes me, though, is the lack of illumination and light, even with the openness and brightly colored pillars. I’m also really fascinated with a dilapidated old schoolhouse just around the corner from my place, but mostly because I’m intrigued to know its story.

What is the best art exhibit you’ve seen recently?

The Natural History Museum of Utah just closed an exhibit of contemporary Navajo baskets that was donated from the Simpson family’s collection. It was a powerful exhibit that really showed how dynamic and far-reaching this idea of culture really is. Beyond that, the craftsmanship was stunning. I’m also looking forward to attending the opening of an exhibit at the Finch Lane Gallery a friend of mine has put together. It’s called Reliquary and opens May 3rd. Chauncey’s a cool guy with a great heart and unique take on things.

My mom just loaned me a book by former BBC Broadcaster Frank Delaney, it’s simply called Ireland. The story follows a young kid through adolescence and into adulthood while he searches for an itinerant storyteller who once spent a few nights at his house. These sorts of folks were actually quite common in Ireland up through the mid 1950’s, and it’s a fascinating look, even if fictionalized, at how traveling traditional artists operated in an increasingly modernized world. I’ve just finished getting through a bit of medieval literature (Lais of Marie de France, Battle of Maldon, and other orally transmitted forms), so Frank Delaney’s book has had layered significance for me. I’m also excited to start into a book of essays from Octavio Paz. Recently I had a dream where he was the painter of the Sistine Chapel ceiling, so I’m really hoping to get to the bottom of that.

Is there a piece of art or an item displayed at your home growing up that you remember in particular?

I come from a family of coal miners and railroad workers from Central Utah. Art was encouraged as a means to pass the time, but we never had a lot of it around the house. One of my sisters is a fantastic dancer and studied Modern Dance at the University of Utah, and my grandfather has been fondly remembered as “the biggest bullshitter in Carbon County”, even though I never had the opportunity to hear many of his stories. I can’t say there was ever anything directly visual growing up, just music and the invention of games. I’m now married to a wonderfully creative artist and there are always pieces of projects around the house. Anything from puppet arms, sheet metal housing, and altered books, though we do have some 2D stuff on the walls as well as photographs from trips. There’s even one I took, developed, and printed in a high school photography class.