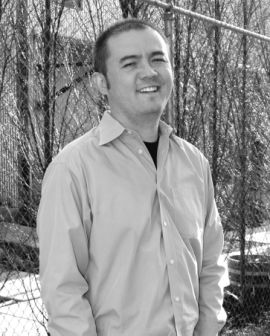 Jerry Rapier has been Producing Director of Plan-B Theatre Company since 2000. Under his guidance, Plan-B has become the first theatre company in Utah history to tour its work outside the United States, transfer a production off-Broadway and publish an anthology of original, full-length plays.


An active community member, Jerry sits on the boards of KUER, Human Rights Campaign, Performing Arts Coalition and NowPlayingUtah.com, as well as Utah Arts Council’s Theatre Advisory Panel. He has taught for the University of Utah’s theatre department, written for Catalyst Magazine, worked professionally as an event planner, and is a member of the Society of Stage Directors and Choreographers. In 2008 he was awarded the Salt Lake City Mayor’s Award in the Arts.

I don’t have a mantel. But I do have a mini Etch-A-Sketch by the toilet which more than person has expressed appreciation for. My pride and joy are my six original Greg Ragland pieces. But those aren’t in the bathroom.

The building where Martine is located (the south side of 100 South between Main and Regent Street). I’ve always been fascinated by it – it looks like the cast of “Fame” should bust out the door and do a big production number on the stoop.

The Picasso exhibit at MOMA last summer. There aren’t adequate word to describe the power of seeing the originals. There must have been 50 pieces, arranged in chronological order. In that context cubism made sense to me.

Categories: On the Spot | Theater