The show combined comedy dialog, singing, acting, choreographed movement, and creative staging to keep the audience wondering what was coming next.

Distancing was provided by breaking the audience into groups of 20 and having them start through Kingsbury Hall at 30-minute intervals. After gathering in the second-floor lobby, audiences experienced the beginning of the show — a quick comedy exchange of tour guides — followed by moving into the balcony, where green dots on the floor indicated reasonable spacing while masked. After a brief opening dance performed on the proscenium stage, the dancers ran off while the audience moved to the east stairwell, where they were greeted by the echoing sounds of singers soon to be joined by the dancers. Then the action moved to a dance on the sidewalk outside, a chance to sit in chairs while watching a performance that used the backstage freight elevator as the setting, an operatic solo performed in the downstairs dressing room, and a performance out in front of the loading dock.  The show ended with the audience seated facing outward on the main Kingsbury stage with the dancers downstage, but giving the feeling that the movement was going on out in the house.

Unifying elements to the show were a somewhat bewildered maintenance-man guide, the 1920s popular music, and repetition of clear, recognizable dance themes like high leg swings, contorted, angular body shapes and use of initiation and response.

The small audience cohorts and intimate performance spaces created a unique opportunity for everyone to be close enough to see every nuance of facial expression. The dancers used this to great advantage, and at times they were doing more dancing with their faces than with their feet. The small-group setting also faciliated audience interaction, something that is difficult to provoke in a large theater.

It was an immersive and delightful experience and much enjoyed by the audience. The Invitation got people away from YouTube and Zoom, and reminded everyone why we treasure live performance.

Disclosure: The reviewer was a donor to the show.

John Veranth has been a mainstay of Salt Lake City’s dance community for many years as theatergoer, supporter, maker and performer. John and his wife Martha Veranth both perform and take class in various contexts around town and can be seen at many performances in the audience. John has danced character roles in various local ballet productions as well as collaborating on more experimental projects. He was recently seen in Alexandra Barbier’s experimental evening Take This With You at Commonwealth Studios. 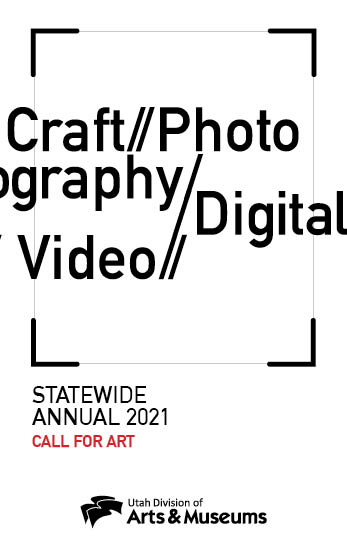