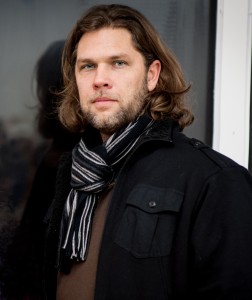 Regular readers of 15 Bytes don’t need to be told what an important figure Shawn Rossiter is in Utah. His dedication to this magazine alone is a testament to his passion for Utah’s artists and the work they create. When you don’t see him surveying the latest exhibit at a local gallery or arts event, he’s behind his computer writing about it – or encouraging his roster of writers to write about it. But compiling this monthly magazine is only one of the many projects he has taken on.

Shawn is a builder. He builds projects both personal and collaborative. For the past 15 years he’s dedicated himself to building the contemporary art community through these projects. He built this magazine from scratch in 2001. He built his staff from one to over a dozen writers and photographers. He has juried and curated numerous art exhibitions and competitions across the state because of his impeccable taste and familiarity with Utah’s art and artists. An accomplished artist himself, you might have seen him installing his work at Finch Lane, Poor Yorick Studios or you might have seen him at work as one of the Leonardo’s artists-in-residence. 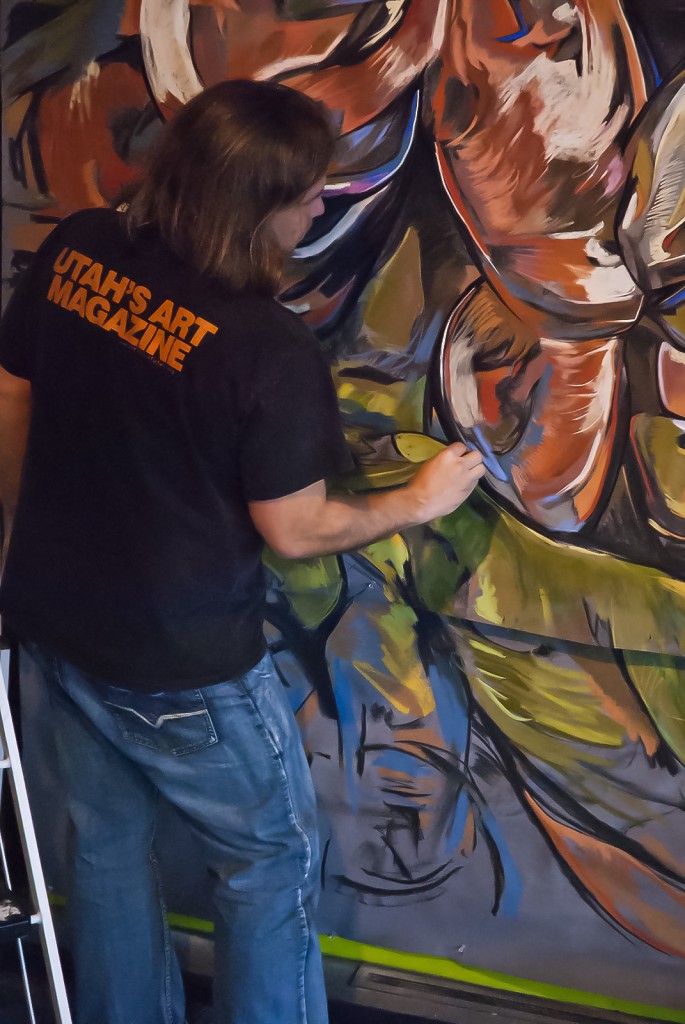 Shawn Rossiter creates a large work in chalk at The Leonardo. Photo by Shalee Cooper.

Friday night, CUAC will honor Shawn Rossiter with their annual Visionary Award. Shawn’s vision for what Utah’s arts community has unfolded into reality over the years (past recipients include Jeff Lambson, 2014 and Diane Stewart, 2013). It hasn’t been easy for him. I can personally attest to some dark days when he feared he didn’t have the financial support or the staff support to keep 15 Bytes going. I have been up way past my bedtime writing and editing with him for the Utah’s 15 Most Influential Artists project that I roped him into a few years ago. He provided carbs and caffeine to keep me awake (editing well into the early morning hours was clearly not new to him). But he never fails to deliver a quality product. The addition of a daily blog with relevant and timely content was a huge step that I wasn’t sure would succeed, but somehow he has made it happen. At times, it seemed there weren’t enough hours and dollars to keep this project going. But with his keen eye and sharp wit, Shawn has earned the respect and funds to finance his vision.

CUAC’s statement honoring Shawn notes how his pioneering effort has “forever shaped Utah and has made significant impact in the growth and stability of our art community.” Let’s hope our art community continues to grow by contributing to the fertile ground we have as more artists and galleries pop up in Utah’s burgeoning economy. If you’d like to congratulate Shawn on this well-deserved honor, please leave a comment.