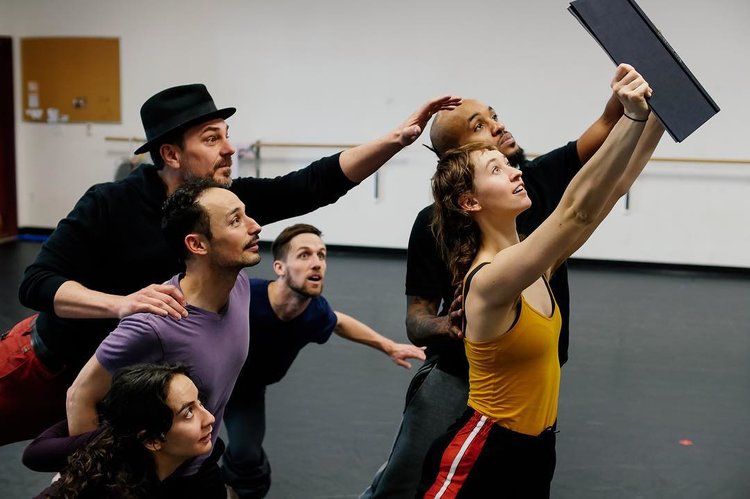 Anyone who enjoys being hugged, or enjoys giving great hugs, knows that friendship is as much felt as spoken. In the newest production by Ririe-Woodbury Dance Company, a collaboration with Flying Bobcat Theatrical Laboratory inspired by the Red Fred Project, this is made abundantly clear. Words intermingle with choreography and music to generate a rich environment that reminds us that movement can be as powerful as spoken language when it comes to conveying emotions and ideas.

Called “the live creature and ethereal things”, this two-night-only performance (February 1-2 at the Capitol Theatre) is a flight through relationships, challenges, and discoveries told by the six dancers of Ririe-Woodbury who are joined onstage by actor Robert Scott Smith. The music by John Paul Hayward and costumes by Jared Gold add to the vibrancy of the production. As an interdisciplinary endeavor, a project that combines storytelling with music and dancing, “live creature” amplifies the synergies between narrative, character, and choreography.

In the first scene of the performance, a solo by dancer Melissa Rochelle Younker, the birdlike nods of her head and wing-like movement of her arms transform a person into an avian creature. When Smith walks onstage and opens a book that he is carrying, it transforms into a magical totem, lighting up the stage and sending more birdlike characters into the production. This idea that books can animate our environs finds an apt parallel in the ways the dancers become a flock of creatures or morph into mischievous playmates.

Throughout the production, the direction and dramaturgy of Smith and Alexandra Harbold, as well as choreography by Ririe-Woodbury artistic director Daniel Charon, sustain a perfect balance between fantasy and realism. Unison phrases of movement are used to convey a sense of solidarity and camaraderie among the birdlike dancers. Songs sung by Smith express the subtleties and nuances within relationships. Bashaun Williams stands out as a particularly compelling and charismatic part of the cast, as gifted an actor as he is a dancer.

Some elements in the production reveal that the target audience may be a lot younger than the adults who filled the seats on Friday night, such as the scenes that asked for audience participation and encouraged us to repeat the simpler steps performed by the dancers. In some ways these moments connect to a theme of the show: our movements say a lot about our personalities and our attitudes, and perhaps by dancing together we feel a sense of connection and belonging.

There are similar messages conveyed in the stories: “If you trust yourself, it will be OK in the end.” Or, “You can do anything you put your mind to.” Such statements of perseverance and hope reinforce the sense of dedication and joy communicated by the dancers. Their partnering sequences involve cartwheels and daredevil lifts, revealing how much trust and balance — physical and mental — goes into dancing. Their flocking conveys feelings of bonding and interdependence.

Other moments are hilarious, such as part of the book called “Running on the Wind,” by Dallas Graham and Meghan Waldron: “Sure I’m small, but so are poison dart frogs.” An added delight is listening to parts of this story in Spanish while projections on the screen share excerpts in English.

The final image of the dancers onstage as colorful pages from books fluttering down from the sky evokes a feeling of wonder and magic: just as we can learn about people and places from the pages we read, we can also discover new relationships and ideas by engaging with one another.

Several times throughout the performance Smith asks the audience, “If you could tell the world a story, what story would you tell?” Like the performance itself, this question opens up possibilities to reframe and to animate aspects of our lives and our imaginations. And this may be an especially important message for younger audiences who come to see the production. The shenanigans of the dancers span from humorous to poignant, and like the authors who share their stories through the Red Fred Project, they are heartfelt, personal, and inspiring.

the live creature and ethereal things continues Saturday, February 2, at 1 p.m. and 7:30 p.m. at the Janet Quinney Lawson Capitol Theatre.

This article is published in collaboration with lovedancemore.org 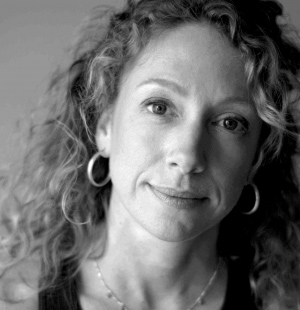