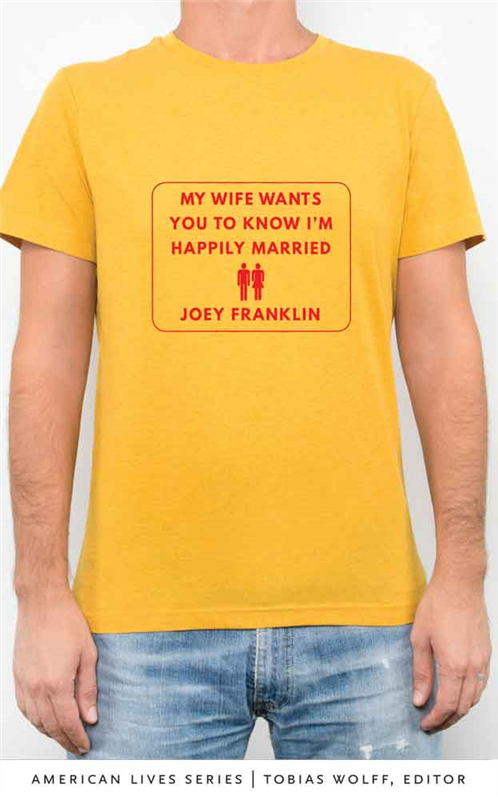 Joey Franklin, Utah author and BYU professor, is an average-Joe-Mormon who contemplates hilarious and poignant moments of boyhood, manhood, and fatherhood. Franklin’s collection of 14 essays brought out the immature teenage humor in me, and at other moments had me meditating on the huge responsibility of life as a parent, as a spouse. His writing is honest, funny, ruminative, and creates a longing for connection. It is full of striking questions, but is not so vague that he loses us. This collection captures young Franklin visiting his father in a halfway house, the history of kissing, a gruesome killing of a cockroach, a teenage Franklin who goes bald and keeps confidence, instructions on being a T-ball parent in Texas, a dance competition in Japan, and an older Franklin teaching his children to pray.

Although he writes the traditional personal essay most often, it’s in the fragmented lyric essay where Franklin really shines. The mosaic-like fragments create a fascinating meditation when looked at as a whole. The first essay and one of the most intriguing is “The Lifespan of a Kiss.” The fragments get personal real quick, like the scene of Franklin and his wife’s first kiss on her couch (five months into their relationship—he explains why he waited so long), but the fragments also get historical, like the fact that Japan had rules against kissing in public until 1940, and when French museums offered to lend Rodin’s sculpture, The Kiss, to Japanese museums; the Japanese would only agree to take it if they could place a veil over the couple’s faces; the French declined.

Franklin quotes Mistinguett, a French singer and dancer at the Moulin Rouge, who says, “A kiss can be a comma, a question mark, or an exclamation point.” Franklin adds to her words, “She was right about the acute power of a kiss, but it can do more than punctuate: it can apologize, forgive, confess, confuse, demand, offend, remind, embrace and let go.” There are satisfying examples of these types of kisses in his essay. Other fragments in the essay include discussions on animal lust, and love. By surrounding and prodding the notion of kissing from multiple angles and memories, we come to see Franklin’s curious, sensitive, and passionate mind.

The sensitive and passionate author proves to be very versatile. Every few pages, his self-deprecating anecdotes had me laughing. “In Their Ears and on Their Tongues” begins with Franklin as a new LDS missionary learning to pray in Japanese, but he and the other new missionaries cannot stop laughing at the verb “to bless,” shukufuku. He writes,

Kneeling in a classroom full of other new missionaries…I bow my head and listen as one of us tried to piece together the simplest of Japanese prayers. I knew the shukufuku was coming, so I bit my lip and held my breath. But when it finally broke on my ears, I broke into a fit of giggles, and so did everyone else. It took weeks to get through a day’s worth of prayers without chuckling, an educational obstacle made worse by the fact that we’d begun joking around with the word: “Do you smell that? It smells like shukufuku in here,” or “Oh, dude, you just stepped in a huge pile of shukufuku!”

This fragmented essay is a strange and thought-provoking piece that begins with this humorous scene, moves to solemn statues of the wounded at Hiroshima Peace Park and Memorial Museum, and finishes on a child who is scared of the dark and asks his father to pray for the earth to spin faster so that morning will come. Franklin transitions from story to story with our hand in his, surprising us, but never losing us. He mixes in just the right ingredients.

Writing about religion in literary nonfiction is often taboo, or at least, not done well, but Franklin (and not many others) has found a way to discuss spirituality within the genre. This essay (“In Their Ears and on Their Tongues”) is unique because he assays (attempts, tries to find meaning in) spiritual topics. The tone is not didactic or off-putting, but honest and intimately pensive. He focuses specifically on prayer, attempts to broaden the meaning, and a redefining of sorts takes place. Franklin writes:

I believe that everyone prays, whether they know it or not. What is a love letter, after all, but a prayer to Beauty? A case ballot, but a prayer to democracy? A farm loan in west Texas, but a prayer to The Soil? Even the rage of a drunken boyfriend, a doped-up mom, a desperate suicide bomber, is a kind of dumb prayer–a blind supplication, a cry for help. Human nature compels us to reach out, to look for anchors that moor our lives against the rocking churning deep.

His imagery and diction create a desperation and supplication that go beyond the traditional notion of prayer.

After getting snippets of Franklin’s childhood, LDS mission, courtship, and marriage, we see him as a young father taking a night shift at Wendy’s in order to take care of his new baby during the day while his wife finishes college. His essay “Working at Wendy’s,” lets us live in this setting. No one ever needs to work in fast food to experience it—they can just read this essay.

I found myself emotionally invested in his coworkers because of his descriptions and interactions with them. We learn about 19-year-old Oren whose religious parents think he is a disgrace to the family, who sells marijuana, who works at Wendy’s to pay for his cell-phone bill, who (with his AK-47) goes up the canyon to shoot jackrabbits for fun.

Then we meet Danny, a 250-pound teenager who listens to Metallica, and recites Shakespeare’s Sonnet 18 (at Franklin’s suggestion) to his fellow coworker, Tonya, and gets his first kiss out of it. We also learn about Sara, a 19-year-old single mom who got the job at Wendy’s because her parole officer made her.

When Franklin asks why she was in jail, she responds that the cops caught her wearing her boyfriend’s jacket which had a heroin pipe in the pocket, which landed her in jail for a year. There are subtle juxtapositions of these young Wendy’s employees, next to successful adults coming through the drive-thru for a late night snack, and then there is Franklin somewhere in the middle of them all.

“On Haptics, Hyperrealism, and My Father’s Year in Prison” is perhaps the best essay in his collection. This braided essay is visceral, full of touch, sight and smell. It is a conglomeration of facts on haptic memory (haptics being the science of applying touch [tactile] sensation and control to interaction with computer applications). Franklin’s wanderings on Ron Mueck’s hyperrealistic sculptures, the retelling of 91-year-old Jean Stevens who exhumed her twin sister and husband and sat them at her table to feel closer to them, and moving revelations about Franklin’s dad in a halfway house asking young Franklin to punch him in the abs. It’s the kind of essay that has realizations, shifts in thinking, calculated wanderings and fragments that create a touching conclusion.

It would seem that Franklin is ultimately exploring connection, whether through a kiss, a prayer, a conversation at Wendy’s drive-thru, or a punch in the gut. 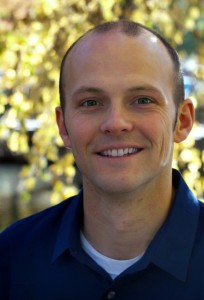 Joey Franklin is assistant professor of English at BYU. His work has appeared in Writer’s Chronicle, Poets and Writer’s magazine, the Norton Reader, and Hunger Mountain. “Working at Wendy’s” won the 2006 Twentysomething Essays by Twentysomething Writers contest.