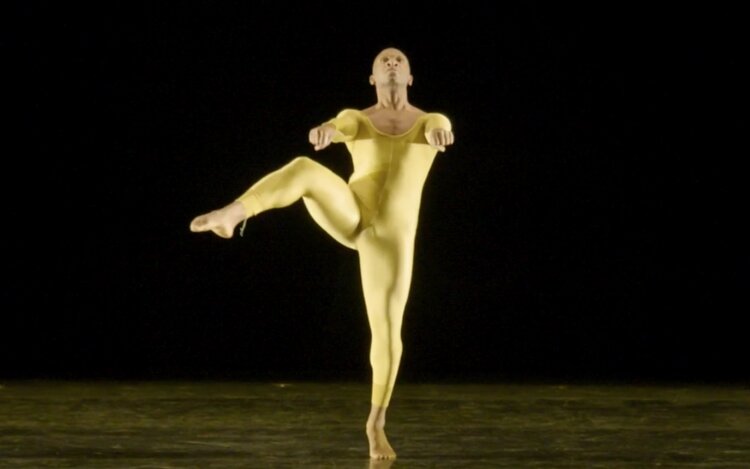 Kareem Lewis in “Pegasus” from José Limón’s The Winged. Said Lewis, “What I find most difficult, is to try and depict a flying, golden horse.”

Repertory Dance Theatre’s latest offering, Flying Solo, presented “unforgettable solos” from the company’s extensive library of historical and contemporary Modern Dance works. As the title would have you assume, each of the eight company members had at least one unaccompanied turn on stage. I appreciated this opportunity to study the dancers individually, as I’ve only seen most of them perform in ensemble works. I was especially blown away by Jaclyn Brown’s unexpected weight shifts and organic transitions from one level to another in Nicholas Cendese’s “The Impermanence of Darkness,” and by Jonathan Kim’s constantly moving, well-balanced yet rollercoaster-like explorations of space in Molly Heller’s “Sounding III.” Ursula, Elle, Daniel, Kareem, Lauren, and Dan as well deserve standing ovations from your couches; they are truly striking performers.

That being said, this concert could have given us so much more, in less time. (Plan an intermission for yourself! Fifty-four minutes in, I paused the video and audibly shrieked when I realized there were about thirty minutes left.) Socially-distanced rehearsing, intermittent quarantining, and transitioning from live to live-streamed performances are challenges that come with a silver lining: they are glaringly obvious excuses to try things we haven’t tried before. RDT seems to have the resources to stay in stride with the changing times, but they’re not taking full advantage of them. For one thing, the entirety of Flying Solo was performed and filmed in the Jeanne Wagner Theatre at the Rose Wagner Performing Arts Center. I understand wanting to stay close to your home, but even NYCB’s recent Festival of New Choreography for their digital fall season used various locations throughout their Lincoln Center home base, including the water fountain and nearby streets and parking lots. 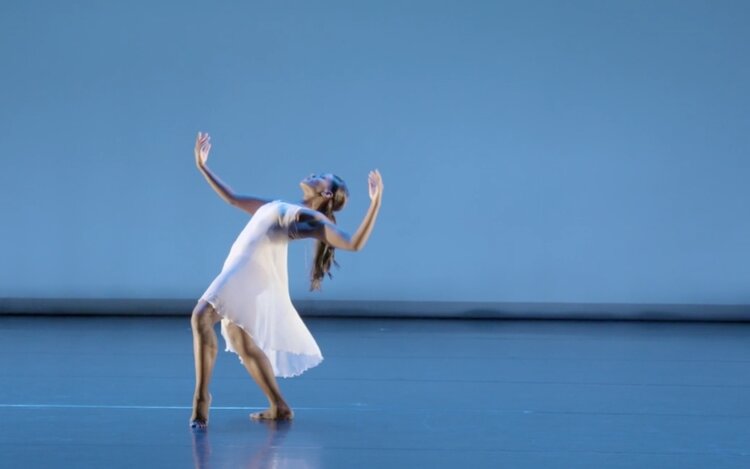 As Mark Morris recently admitted of his newest work, “I’m not making a dance. I’m making a film.” It would be nice to see RDT acknowledge this necessary change in mindset, and then use locations, framing, and lighting that results in a more intriguing finished product. Flying Solo reminded me of my dance recital videotapes from the nineties. The camera only captured footage of the dancers from one angle (front and center), which was a lost opportunity to show the audience what dance looks like from points of view we can’t access in a theater. (RDT briefly flirted with an aerial view in their last performance and I was really hoping to see more this time around.) Between each piece, there were trite photomontages that moved across the screen to uninspiring piano music, serving as the backdrop for a narrator who needlessly described the upcoming work (plenty of room for this in the digital program). Wonderstone Films provided filming and production for the event, so maybe RDT is not fully to blame for these choices.

The work itself was what I’ve come to expect from the company’s library – historical dances next to contemporary dances that follow many of the same rules as the historical pieces. 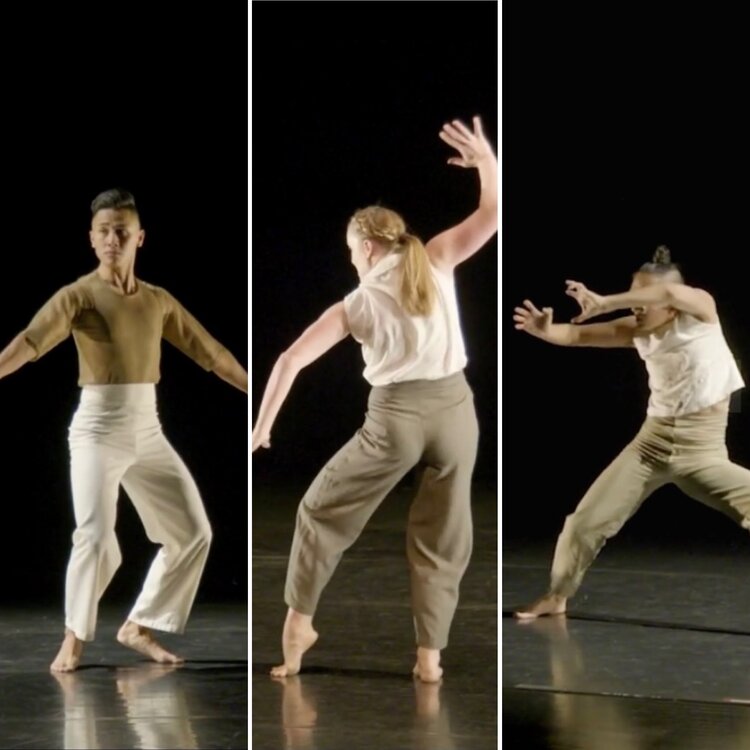 An excerpt from Zvi Gotheiner’s “Chairs” opened the show, a solo that performer Lauren Curley described as, “an endless cycle of repeating the same movements and always getting the same results.” I would apply this description to the majority of what I witnessed this evening: Modern Dance movement vocabularies that dance enthusiasts are overwhelmingly familiar with were repeated in different costumes and to different (though extremely similar) soundscores, and obvious choreographic structures outlined in textbooks like my absolute least favorite tome The Intimate Act of Choreography were aplenty. Molly Heller’s series of pieces, “Sounding I, II, & III” were a bit of an exception here. The movement seemed to have developed from organic intentions, as though the dancers discovered the movement from within as opposed to “putting it on” their bodies. “Sounding I, II, & III” were intended to be a triptych, though they were not presented consecutively. This was another missed opportunity for ingenuity, in my opinion.

Editing the three solos so that they appeared to be happening on screen at the same time, side-by-side, could have added an interesting visual dynamic, cut down the run-time of the entire performance, and reduced the number of times we heard a lovely but overused piece of music.

I recently took an online workshop with Karen Nelson, who demonstrated several ways of adjusting zoom settings to allow for creative ways of showcasing solos, duets, trios, and multiple entrances and exits. I thus felt mislead by the claim that choreographer Marina Harris had “mastered the art of zoom technology” for her piece “Remote,” since the dancers did not appear in zoom boxes at all, but on stage, just as they had in every piece beforehand. Harris, based in Nova Scotia, shared that her “first impulse was to create a single solo for a dancer that hardly moved and would be watched on a smart phone.” She instead decided to create a solo for each dancer, and presented them on stage. I wish she would have stuck to her first impulse, but I must admit that I was intrigued by Elle Johansen’s opening solo performed with a hairbrush (does that actually make it a duet?). 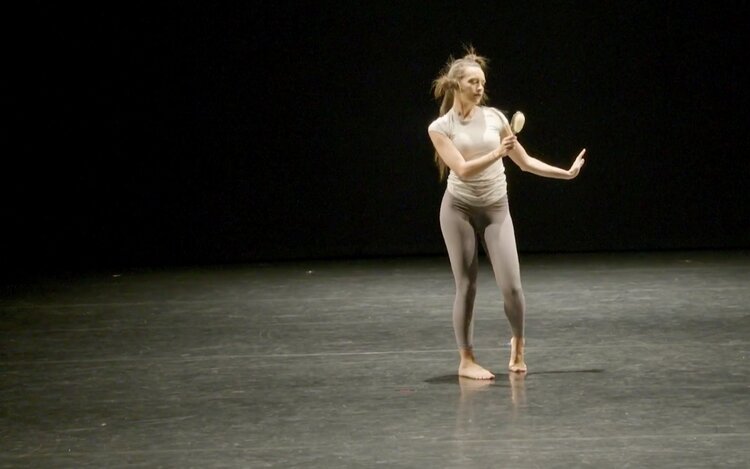 Tickets for Flying Solo are still available on RDT’s website, where you can also find information for a virtual reception with the company on Tuesday, December 1 at 6:30 pm MST.
This article is published in collaboration with loveDANCEmore.org.