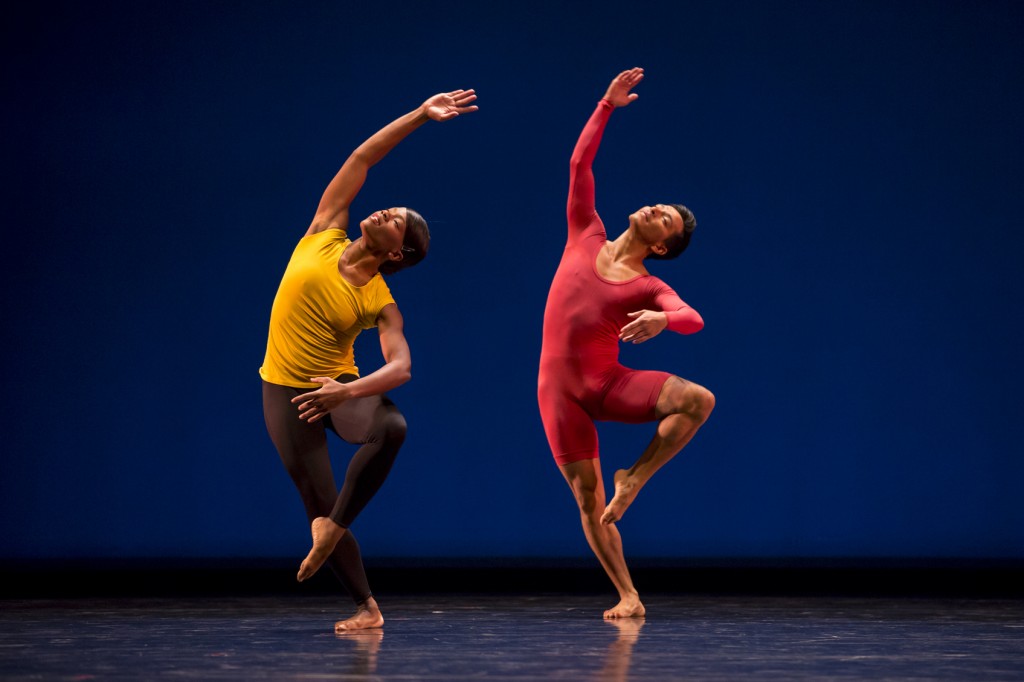 “Lively”, Repertory Dance Theater’s (RDT) most recent performance, invited us to “usher in the holidays with toe-tapping music & dance to lift your spirits and make you smile.  RDT offers this gift to the community featuring choreography “on the lighter side” for audiences of all ages.”  And at $10 a ticket it WAS a gift!

Reading this, one might expect a typical “children’s show” replete with wild costumes, clowns, props, silliness, superheroes and non-stop frenetic movement, the type of show that too often adults endure for the sake of “exposing their children to culture.”  And in this case, one could hardly be more wrong.  RDT performed an extraordinary job of creating a show that was equally enjoyable for adults and children of all ages.

The performance opened with “Fin Amours” by Susan Hadley, a long-time RDT collaborator. It consists of nine duets exploring the various aspects of relationships from “falling in love” to intimacy, fights, death and isolation.  While the duets were beautiful, moving and intricate, and each one received individual applause, the piece tended to be slow, more technical than dynamic, and focused primarily on material that many children consider “yucky,” so it would not have been my first choice for the opening dance.

Things changed dramatically with the subsequent trio of short dances by Marina Harris, who started as a costumer and designer for RDT, which led to her becoming a choreographer.  The dances “Green Jello,” “Grooming and Hat” and “Tico Tico” featured brightly colored costumes, lots of action, and a hefty dose of humor, eliciting not only delighted laughter, but whoops and cheers only slightly less intense than you might hear at your local sports bar.

After the intensity of “Bolero,” we were all treated to milk and cookies compliments of Trader Joe’s, as well as a young dancers’ hip-hop performance in the lobby.  This served as both a breather from the intensity of what came before and as a brilliant reminder to the youth in the audience that dance is for everyone, not just highly educated and experienced professionals.  It was particularly inspiring watching young audience members dancing and wriggling on their own in response to what they’d seen, an encouraging sign that dance will not only be around for future generations but will find its own contemporary language and style.

Following intermission came “Jukebox,” Bill Evans’s 1974 work featuring seven short pieces set to the music of Glenn Miller.  While too few of us remember the simpler era Miller’s music evokes and in some cases defines, most of us are familiar with the malt shop, the era of glamorous movie stars, and the more innocent times before the great cultural upheavals of the late ’60s and early ’70s.  The performance was lively, spirited, and funny.  And RDT’s Artistic Director, Linda C. Smith, showed that she still has the chops to steal a scene right out from under her impressive dancers, in a cameo role as a waitress at the malt shop.

“Jukebox” brought us back down to earth gently and poignantly with the WWII era song “Don’t Sit Under the Apple Tree” which, while performed with enthusiasm and cheer, couldn’t help but remind me that we are still a nation at war and that every day couples are separated and implore each other to wait faithfully for reunion.

While repertory dance can, at times, seem musty or irrelevant, RDT’s “lively” avoided those pitfalls brilliantly, presented an evening of dance enjoyable seemingly to all, and gave a major gift to the community.  This Thanksgiving, please remember to give thanks to the very many arts organizations, both public and private, that make Salt Lake City the “most creative mid-size city” in the US.

This review is published in collaboration with loveDANCEmore.