Rachel Henriksen is In Sync with Felix Gonzalez-Torres 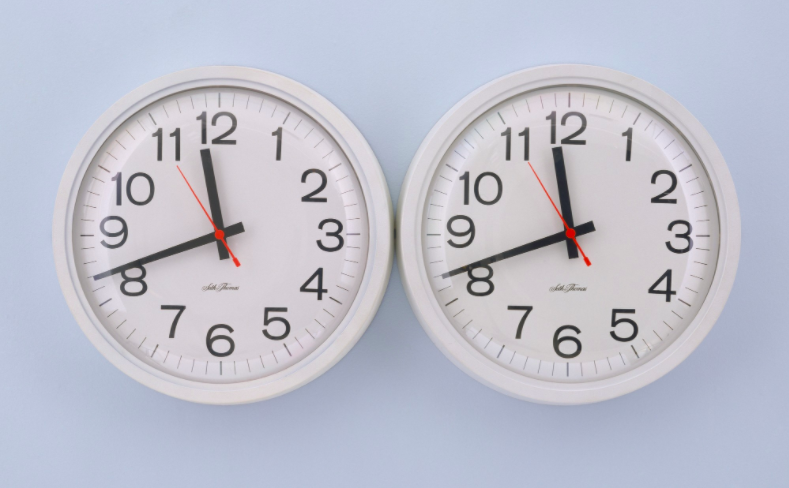 Pick just one artist you love. It’s not an easy thing. But if you’re thinking about it and there’s one artist you keep coming back to, again and again (and again), maybe that’s the one.

“Imagine, for a moment, walking into a gallery and on one wall is nothing more than two identical clocks side by side, ticking by at the same time. After watching the clocks continue to remain synchronized for several minutes, you leave the gallery. Upon returning some hours later, it becomes clear that the batteries in one of the clocks has inevitably begun to drain before the other, causing it to slow down and fall out of step.”

“Untitled (Perfect Lovers)” was created by by Gonzalez-Torres in commemoration of his partner Ross, who he had lost to the AIDS epidemic some years before. “Highly conceptual, yet personal and simple, the work is easy to comprehend and compels viewers to feel empathy; not simply empathy for him or his lost partner, but for anyone who has ever loved another person or felt the pain of loss— things all of humanity has or will have personal experience with,” says Henriksen.

“Gonzalez-Torres was very passionate about using his art as a catalyst for societal change and awareness and was heavily involved in social activism regarding the issues prevalent to his day. Another of his works, ‘Portrait of Ross in L.A.’, was an installation made up of a pile of individually cellophane wrapped candies in the corner of a gallery that the visitors were invited to take and consume. The weight of the candy started out as the weight of his partner Ross and by taking a piece of the candy, the audience was not only sharing in the goodness of the man for whom they were made, but also participating in the diminishing of the pile. The diminishing represented the slow manner in which Ross’s sickness caused him to fade out of Torres’ life. In both ‘Perfect Lovers’ and ‘Portrait of Ross’ in L.A. Gonzalez-Torres uses simple, everyday objects to create an experience alluding to the universal themes of love and loss.”

Henriksen lives and works in Provo, where she received her BFA in Studio Art from Brigham Young University. Her work has been included in exhibitions across the state, including Parc Collective’s Incubation Period at Granary Arts and most notably a solo show at the Utah Museum of Contemporary Art late in 2019. knew/new was in the museum’s Projects Gallery and featured stylized works in which patterns come to mingle, overlap and jostle for attention. The works might appear very much like formalist play, but they came out of an experience in which Henriksen was living with her grandmother, who suffers from Alzheimers. “She’s very eclectic, very artistic, and has an unapologetically vivacious personality and style,” Henriksen said about her in an interview. “The colorful patterns that permeate her home and wardrobe inspired that first painting.” The patterns became a way for Henriksen to explore empathy and ones place in a larger context by manipulating various patterns and objects. 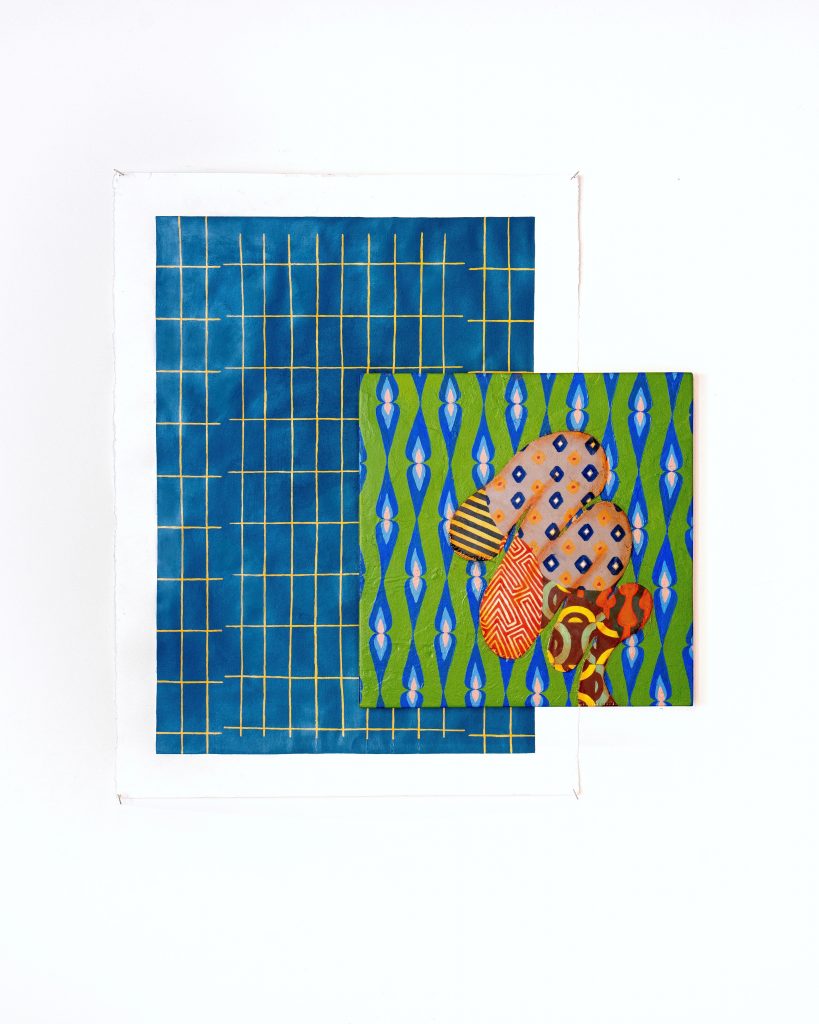 “I regrettably do not remember my first encounter with Gonzalez-Torres’ work,” Henirksen says, “but he may have been one of the first contemporary artists I was introduced to who illustrated so simply, yet so eloquently, that art has the capacity, the power, to foster greater empathy in our societies if only we are willing to not only look, but to see. To seek communication through interconnectedness, empathy through understanding. This is what keeps drawing me to art as I seek greater empathic connections to cultures, identities, and experiences different from my own and as I aim to challenge the notion that identities and cultures, and our individual perceptions of the two, are unalterable, fixed.”

Henriksen is currently preparing for a two-person show at the Bountiful Davis Art Center in the fall of 2021. You can view more of her work at www.rachelhenriksen.com and instagram.com/rachilieu.