Public Art: In Memory of a Memorial 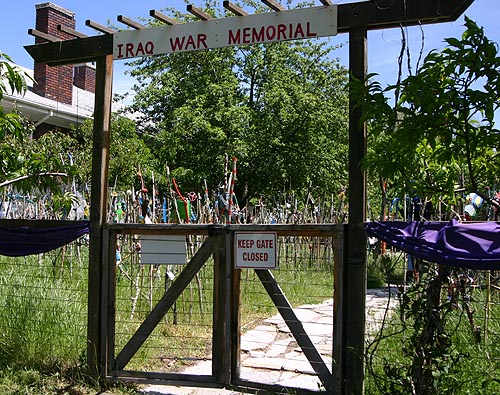 For the Memorial Day which has recently passed, we’d like to acknowledge the service of our country’s patriots by recognizing a Memorial to the soldiers who have fallen in Iraq.

Like me, over the past year you may have driven past the Unitarian Church on 1300 East (600 South) in Salt Lake City and noticed, out of the corner of your eye, the purple drapes hanging on the fence in front of an odd looking garden. If you were fortunate enough to be curious enough, you will have found out that the garden with the purple drapings is an Iraq Memorial, created by two local artists, Dave Starks and Stan Roberts. Starks, a Vietnam vet and sculptor, and Roberts, a raku potter, began the project in April of 2004 to commemorate the fallen American soldiers in Iraq. 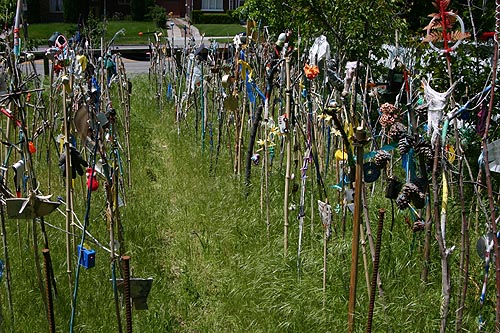 If you are a regular reader of the Catalyst, you will be familiar with the stick project from Hancey Duffy’s October 2004 article. The artists began decorating sticks to honor each soldier who has died in the war. Local artists and concerned citizens have helped Starks and Roberts create additional sticks as the death toll has continued to escalate.

The Iraq Memorial is coming down this week to make space for a garden to be planted by the nearby Day Care.

If you can drop by while the purple drapes are still up, it will be worth your time. If you’ve missed the Memorial, we have provided some shots of the hundreds of sticks made by artists to commemorate the soldiers. 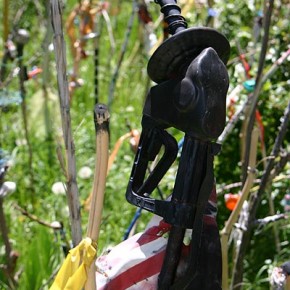 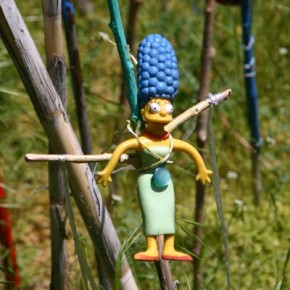 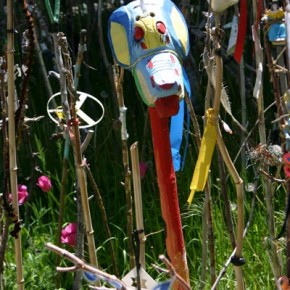 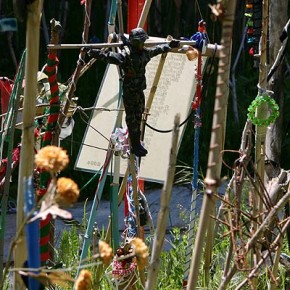 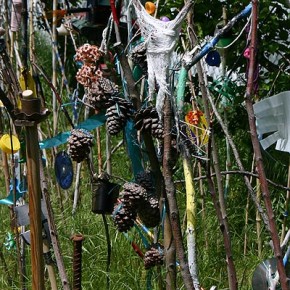 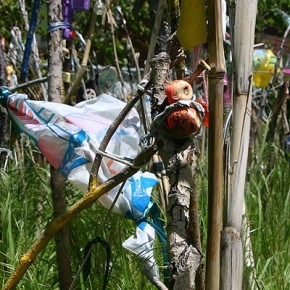