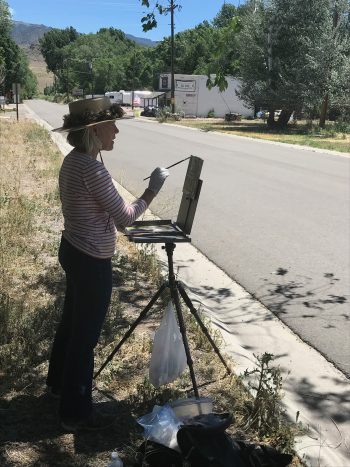 “There is nothing more interesting to me than how light bounces across the surfaces of a front porch,” says Elise Zoller. “I love front porches. Reflected light might be the whole reason I do this,” she says of her practice of painting architectural landscapes en plein air. A graduate of Princeton (in architecture), Zoller has studied drawing and painting at the Academy of Realist Art in Boston and Masters Academy in Springville, Utah. In the warmer moths, Zoller works primarily in northern Utah and heads south, to St. George and points beyond, in the winter.

“Despite all the turmoil in the world, this has been a good year for me. I’ve continued working in small towns throughout Utah, painting architectural landscapes. I’ve spent a good deal of time in Salt Lake City proper, Escalante, Vernal, and Ogden. Last week, I even got to Route 66 in Arizona and painted in the towns of Kingman and Flagstaff. Kingman was a real discovery.  There are many untouched, elegant, older buildings in the historic downtown and the train watching is unparalleled.  I googled it: More than 100 trains a day pass though the town. They form a soundtrack in the background. The highlight might have been standing on the corner in Winslow, Arizona. Just saying.

“The coolest place I spent time in was Tatton Baird, the hattery in Springville, Utah. Chandler allowed me to spend some time painting inside his phenomenal store that sells everything from cowboy hats to bowlers.” 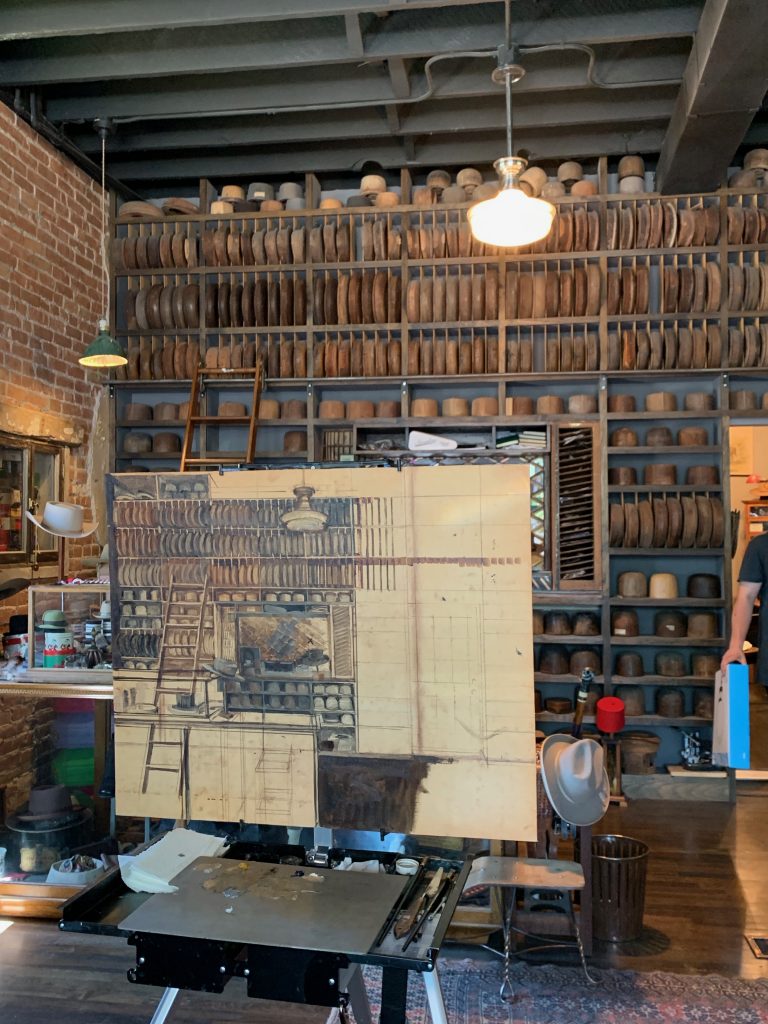 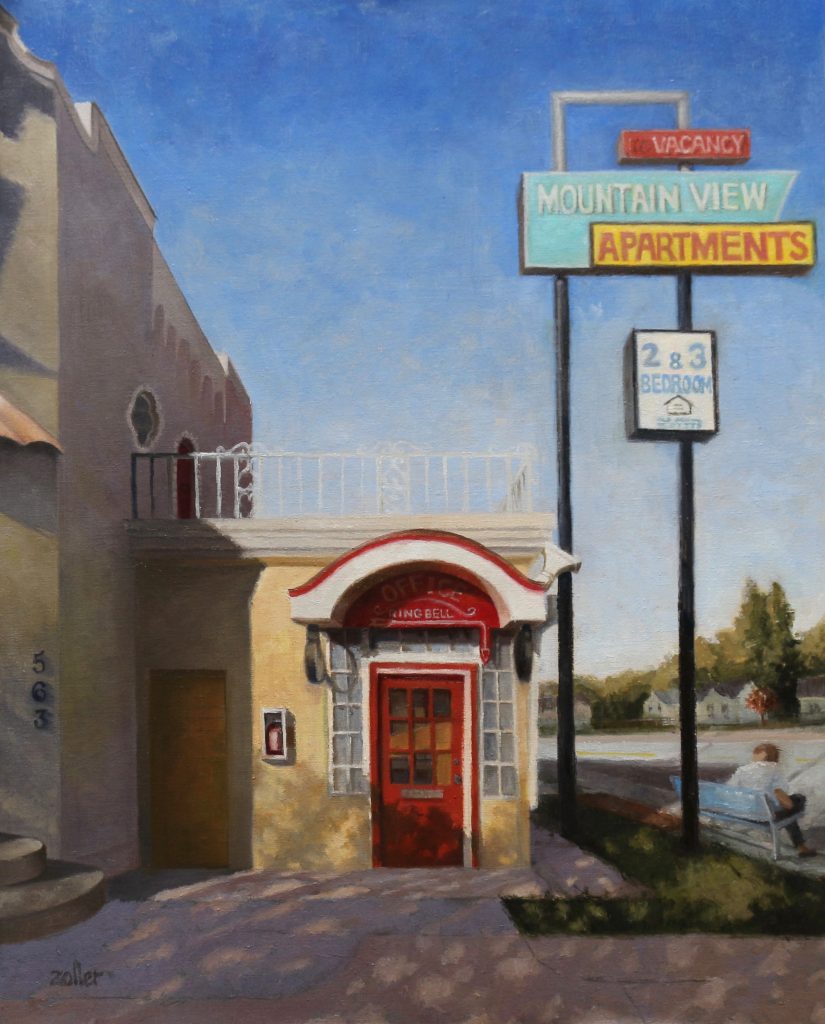 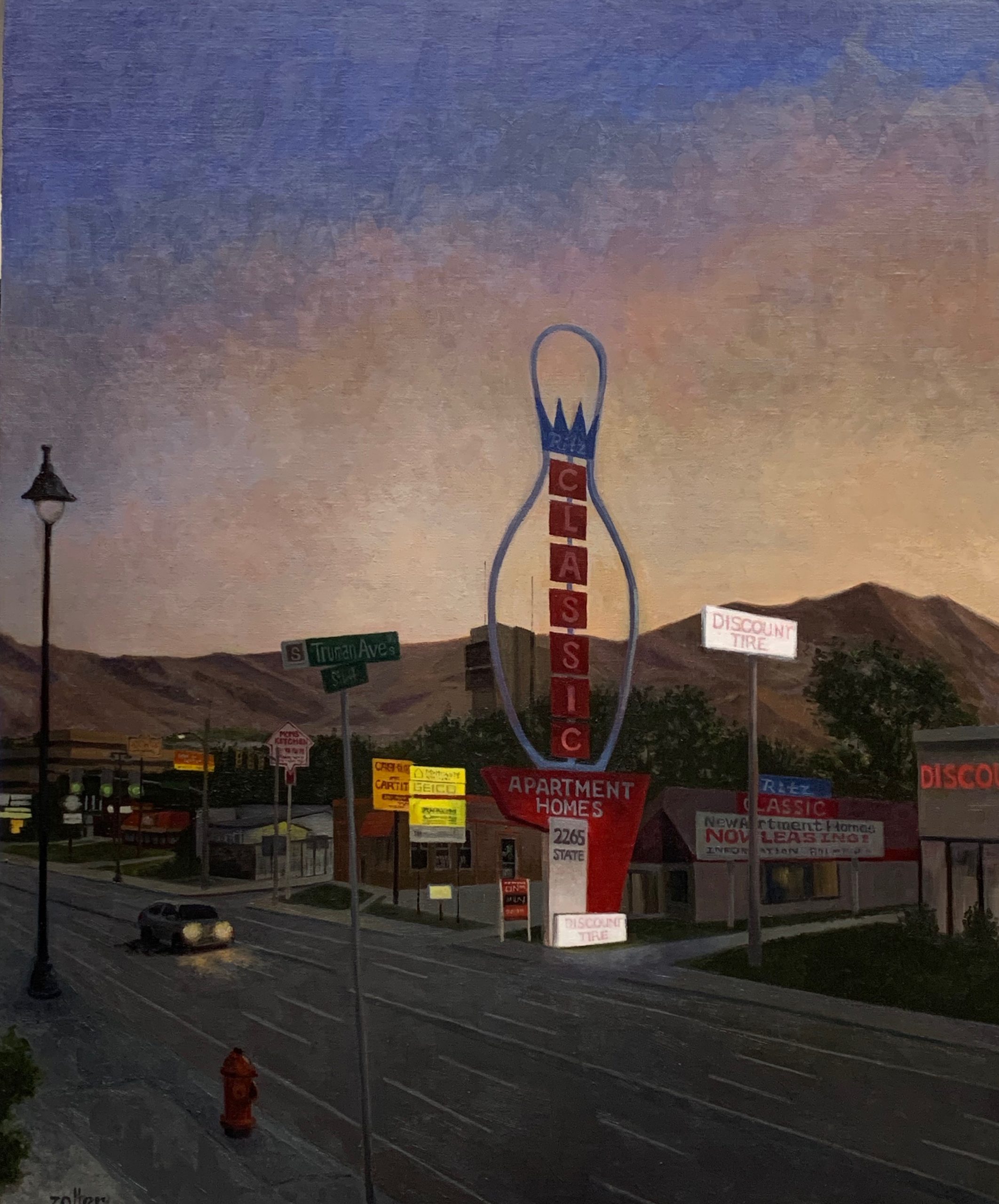 You can view more of the artist’s work at https://www.elisezoller.com.