Plush Panoply Presents Dances In Search of Themselves 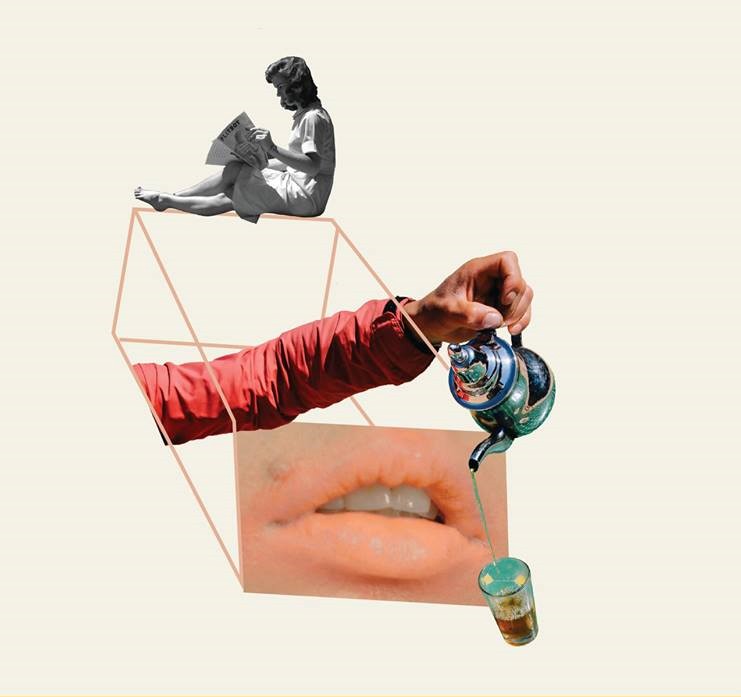 Plush Panoply was the second show to take place at the newly redefined Gateway this weekend, this one in the since-vacated, former Build-a-Bear store.

Plush Panoply was an evening of solo works created by local female-identifying artists. Having now seen a number of performances in the space, I am familiar with the DIY, works-in-progress feel that often accompanies it —  but, while I appreciate the tongue-in-cheek attitude of its identification, can we, as a community, find a name for it that makes it easier for first-timers to find? Or at least put something on the door?

While the now-coined Abandoned Build-a-Bear has typically been used for more avant-garde, all-genre works, the team responsible for Plush Panoply managed to make the space feel settled and intentional, beyond just a reaction to the space at hand.

Upon reflection, I had a hard time finding a through-line for the show beyond the fact that it represented a roster of all female-identifying artists. All of the works still retained a “work-in-progress” feel which, while never a negative, did make the show feel more like individual, fleeting thoughts than a fleshed-out conversation. As the program mostly featured choreographers and performers associated with the University of Utah, a sense of research was present, with individual inquiries giving way to anger, humor, and turmoil.

The evening began with “The Long Fog,” created and performed by Hannah Fischer. Envelopes were geometrically arranged on the floor, shaping Fischer’s space into an even smaller square. While the audio, by Silver Mt. Zion, provided a clear development, I found the movement and intimacy created by the space to be more interesting. Paying attention to how Fischer navigated the twists and curves of her spine was more meaningful since we could hear her breath, her small sounds of effort, and see her making eye contact, intentional or not, with the audience. When she ruptured the square of envelopes, it felt like we were placed in the middle of an experience: not the initial confinement, or even the eventual ruin, of the space, but the seed of discontent.

“(an) overshare,” created and performed by Megan O’Brien, was a vignette, a thought, and I would be interested to see how it continues to grow past this performance. Beginning with spoken dialogue about searching for herself (in more poetic, enigmatic language), O’Brien quickly delved into an abstract narrative about a plane crash, then a birthday. The movement felt improvisational, with a constant groove to a Bee Gees arrangement by Matthew Morley. While it’s always a joy to watch O’Brien in her element, it’s difficult for me to remember much of the rest of the piece beyond the emotional contradiction of the text versus the humor found in the movement. I would be interested to see “(an) overshare” lean into this contradiction more.

E’lise Jumes’ “Forever Fallible” proved to be one of the most turmoil-ridden pieces of the evening. Presented as a way “to turn [herself] inside out,” the piece was fluid, yet also hard-hitting, and sincere in its approach. Jumes is an incredible performer with a ferocity that makes it impossible to take your eyes off her. Once again, the audience was dropped into the middle of an experience that didn’t necessarily feel earned at first — but once it developed, it felt appropriate. I did notice that “Forever Fallible” was shared as an excerpt, which made me curious to see the rest of it. Jumes both glided and slithered, in and out and across the floor, in an attempt to confront the space, while always keeping her cool. The confrontation was wrought with deliberate intention; she never gave into exhaustion by letting any detail slip. She was emotional yet had perhaps come to terms with something, wearing her emotions as fact and using that as motivation instead of for reaction.

The highlight of the evening, for both myself and my performance companion, was “scheduled programming,” choreographed by Corinne Lohner and performed by Lohner, Ali Lorenz, and Bayley Smallwood. The piece featured all three dancers in floor-length, conservative dresses and utilized an improvisational score. As a series of tracks played, each one relating to heterosexual romance, the score developed, accumulating more and more absurd reactions to it from the dancers. Highlights included the juxtaposition of the conservative dresses with typical sexual poses to “That Don’t Impress Me Much”; the uncomfortable, overeager smiles and affirmative nods for the audience’s approval to “You Don’t Own Me”; (unplanned?) male audience members coming onto the stage; and the dancers throwing themselves at and away from their partners with abandon. (If the male audience members were in fact plants, kudos to them for their convincing performance.) Tracks were repeated multiple times, which, at a certain point, felt unnecessary, but “scheduled programming” managed to incorporate humor, wit, and discomfort into its score in a thoughtful and unique way.

The final piece, “Bitter,” was a choreographic collaboration between Allison Shir and Rebecca Aneloski, performed by Shir. It is always a pleasure to watch Shir perform, as she imbues every movement with angularity, tension, and intent. “Bitter” actually portrayed a softened version of herself, which I attribute to Aneloski’s influence. Featuring classic tunes by Ella Fitzgerald, Frank Sinatra, and Ernest Ranglin, the piece felt like a romantic reaction while also feeling almost removed from emotion. Each movement had significance, to the point where I was slightly exhausted by trying to catch every detail; when everything is important, how do we know what matters? To this end, the costuming, music, and record player onstage created nostalgia and helped locate significance: “Bitter” was about loss, and maybe not arriving at a healthy place in relation to that loss. Part of a larger TASTE series, I’m curious to see how it fits in.

The independent work being produced in Salt Lake City is exciting, and I appreciate The Gateway’s accessible new spaces. There is so much dance taking place outside of the company model and it’s a pleasure to see it shared, even when it lacks the large budget necessary to produce an evening-length show. Given the unfinished nature of most of Plush Panoply, I look forward to seeing how each piece might evolve. But I also just appreciate the opportunity for these artists to share their thoughts in an accessible way.