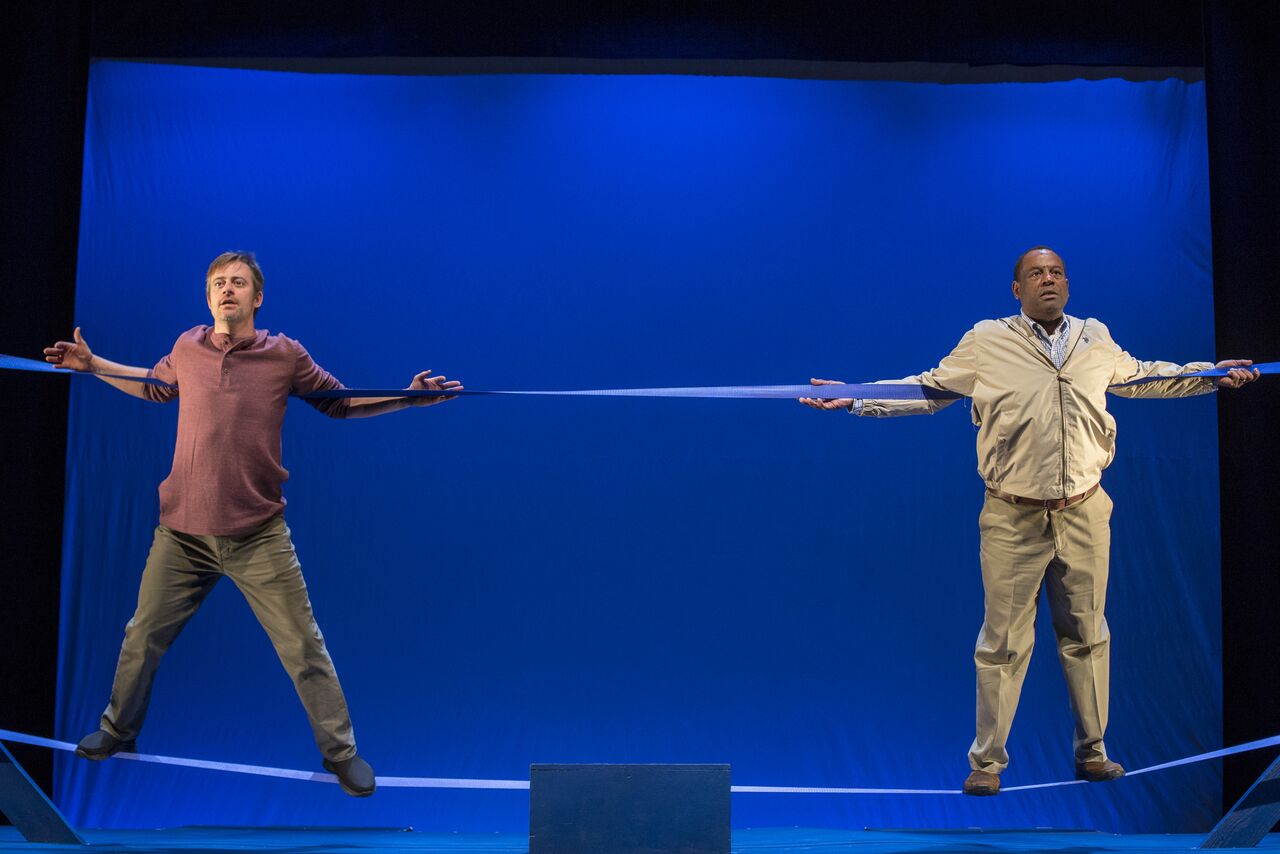 It may not look like a skydive in the still photographs, but in the Rose Wagner it feels real enough that you easily buy into several jumps in their entirety — preceded as they are by the rich sounds of plane vibrations and actors seeming to shake right along with them, voices raised loud above the din of crude propellers.

With the first jump, of course, the parachute fails to open — or there would be no play, no philosophy on dying and on dying well, for us to consider. And no laughs, and laughs out loud at that, for us to enjoy together as an audience as the very clever and usually amusing dialogue unfolds. Until, that is, it turns anxious and makes us all a bit uneasy, but that’s not for a while yet.

Meantime, we have Phil (the surprisingly soothing presence of Darryl Stamp) just before his very first jump pontificating about what the USPA (United States Parachute Association) has to say about this and that — largely historical stuff, all of it funny given the circumstances. He’s relating this to his insouciant jump instructor, Erick, the very effective Matthew Sincell, who will guide us ever-so-willingly through most of this play, and who later, recovering in the hospital, falls in love with his doctor, the lovely Michelle, exactingly and convincingly played by Nicki Nixon (though her voice on opening night did not always carry to the back rows). Matthew informs Michelle, “I think you’ve got a ‘doctors are better than nurses thing’ going on,” when she fails to give proper understanding to a co-worker — and he later will tell someone about his giving up skydiving that, “I got my degree in business in case I ever wanted to hate my life.” And Matthew doesn’t’ have all the best lines, either.

Many of those go to Teri Cowan, who plays Phil’s widow, Abigail, with a vengeance and an agenda. As always, Cowan is brilliant and understated. And she often is chilling, as well, in this role. You are constantly left wondering what it is she wants.

The good lines and intricate plot in Jump are the work of playwright Austin Archer, winner of the fourth Plan-B Theatre grant from the David Ross Fetzer Foundation for Emerging Artists. (Fetzer, a Utah actor, filmmaker and musician died in 2012 at age 30 of an accidental drug overdose, according to The Salt Lake Tribune.)

Jump is a co-production by Plan-B Theatre Company and Flying Bobcat Theatrical Laboratory, co-directed by Robert Scott Smith and Alexandra Harbold. Plan-B’s Artistic Director is Jerry Rapier. The marvelously realistic sound is by Cheryl Cluff with lighting by Pilar I. Scenic Design is by Cara Pomeroy assisted by Iris Salazar. Original music before the opening performed by the playwright. Run time is slightly over an hour with no intermission. 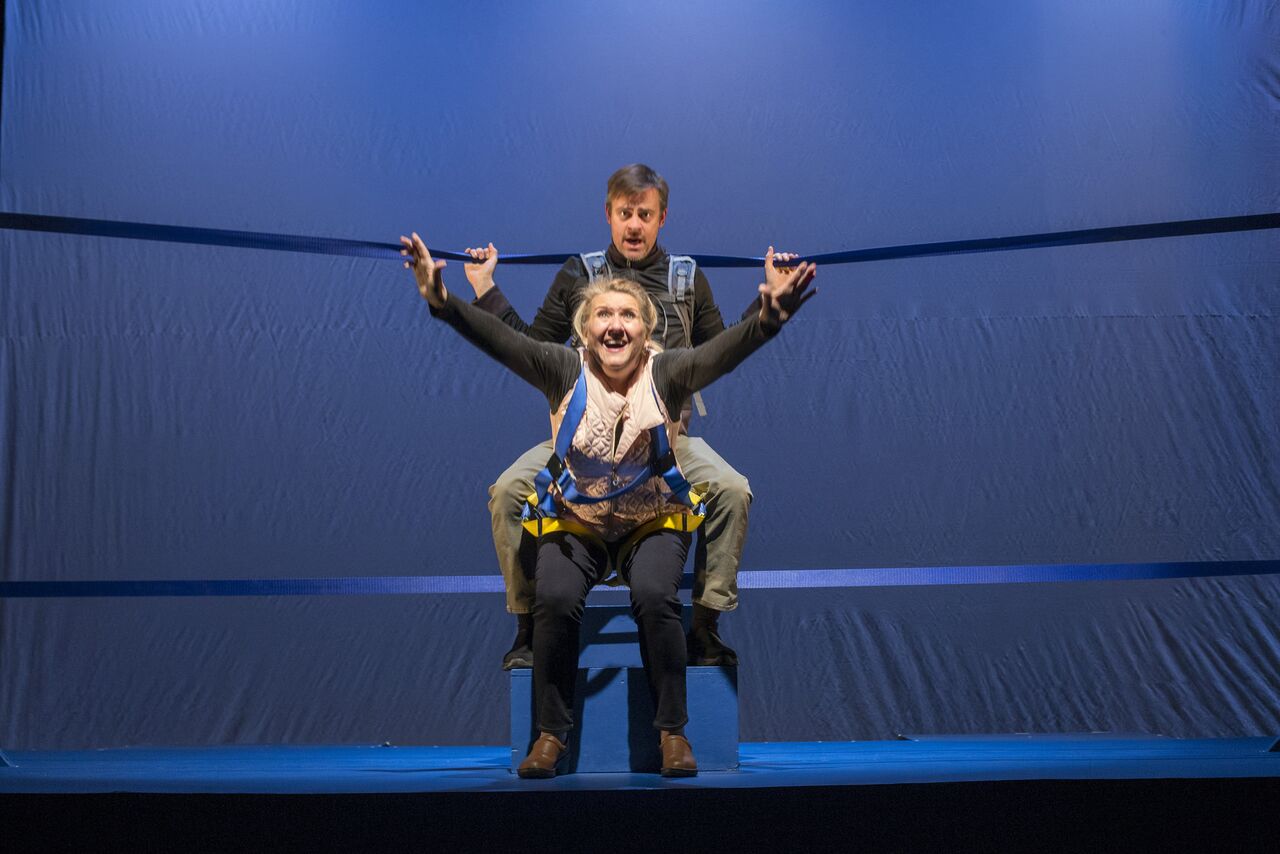 Plan-B Theatre’s JUMP, through April 15 at Rose Wagner Performing Arts Center, Salt Lake City: Thur.-Sat., 8 p.m.; also 4 p.m. on Sat.; 2 p.m. on Sun. Tickets available Saturday, April 14 at 4pm & 8pm. Though all other performances are sold out, you can still see the show, Rapier says. “A pre-paid wait list will form in the Rose Wagner box office one hour before show time. You must be there, in person, to get on the wait list. Then check back five minutes before show time. As many wait listers as possible will be seated at show time. Those we can’t seat will receive a full refund. We have never had a sold-out performance where we haven’t be able to seat at least one wait lister!”