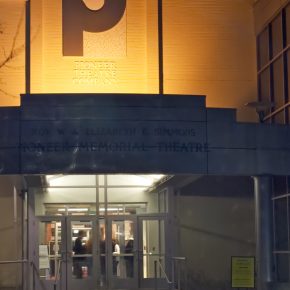 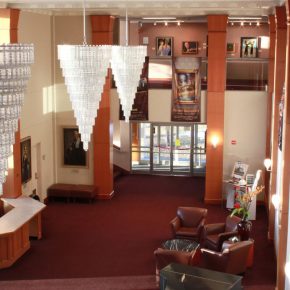 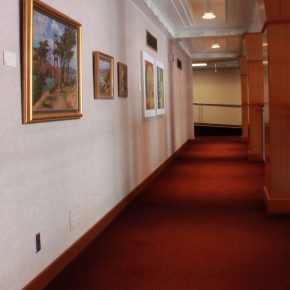 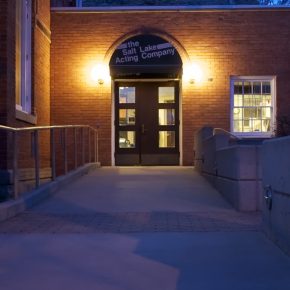 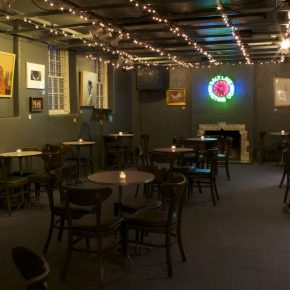 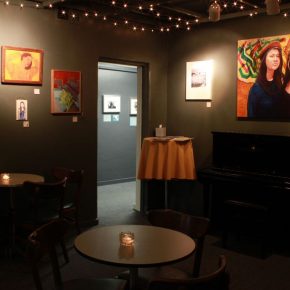 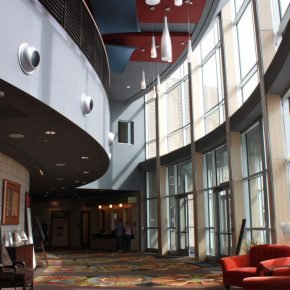 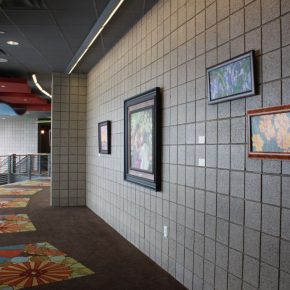 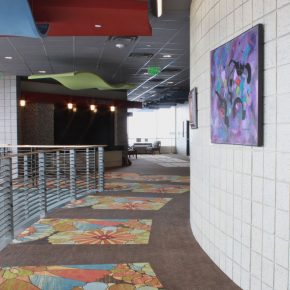 Many charitable and cultural organizations in the state benefit from Utah’s visual artists, using their artwork in fundraisers and other events, so it’s nice when the visual arts community gets a little payback. Many performing arts groups show their support by providing exhibiting space in their venues, exposing the work of local artists to the thousands who come to their performances.

In recent years a number of new performing arts venues have added themselves to the list of alternative exhibition spaces for Utah artists, and by doing so are following the lead of Pioneer Theatre’s Loge Gallery in Salt Lake City. What is now known as the Simmons Pioneer Memorial Theatre was built in 1962, and since 1979 it has hosted fine art exhibitions on its mezzanine level. The gallery exhibits are scheduled to coincide with Pioneer Theatre Company’s run of plays and musicals. Each exhibit — about seven a year — “can reach up to 16,000 audience members spread out over 17 performances,” explains George Maxwell, the Company’s Resident Scenic Designer, who also curates the shows. “Our audiences usually make a point to visit the gallery before the show or during intermission, and consider it an important part of their theatre experience.” Most exhibits are devoted to Utah artists, in both group and solo exhibitions. The space wraps around the balcony area and can hold up to 60 pieces. Portfolios for proposed shows are considered every February and exhibitions are selected to coincide with what is going on in the theater. During the run of Bess Wohl’s In (see our review here) the Loge Gallery has featured People & Places, an exhibit of works by Spring City artists presented by David Ericson Fine Art, which continues through March 5. In April, during the run of Anne Frank, they will be featuring an exhibition of works done by Japanese-Americans who were interned at Topaz during World War II.

The Salt Lake Acting Company also makes a conscious effort to curate their visual arts exhibiitons based on the plays running in the theatre. The Company began curating exhibitions during the 2009/2010 season as part of their Company’s Actors’ Collective, a hub for theatre artists in the community who also engage in other creative endeavors beyond theatre. The exhibits are hung in the Green Room, a place below the theatre where patrons can relax before, between and after shows. The first exhibit was a group show, followed by Una Pett’s exhibit of portraits of cast members and characters that coincided with their production of Master Class. Pett’s exhibit worked so well with the production that they began a conscious effort to curate the shows to align with what is going on onstage and Pett took over as Gallery Manager in June 2010.

“I’ve been working with artist and SLAC Board member Tamrika Khvtisiashvili, who’s quite connected to artists around Salt Lake and in Utah, to identify themes and select and curate the exhibitions,” Pett says. “We discuss the play and the play’s major themes, and talk about what we might show that would be relevant and stimulating. We contact artists we know as well as ones we’ve had our eye on, so we do some legwork in terms of familiarizing ourselves with local artists and what they’re working on.” Pett says the response from staff and audience members has been “gratifying” and they’ve even sold a fair amount of work.

Utah’s newest performing arts venue, the Davis Center for the Performing Arts in Centerville, has also embraced a partnership with the visual arts. The 63,000 square foot state-of-the art theater complex that opened last month houses a five hundred plus seat main stage theater, flexible black-box theater, and multiple rehearsal spaces and will be home to CenterPoint Legacy Theatre. When the curtain went up on the main stage in February art by local artists was on the walls to greet patrons.

“We are proud to work with the BDAC to acquaint our patrons not only with our performance artists, but also those who work with canvas, oil, and watercolor,” says CPT board chair Glen McKay. The inaugural exhibit, which runs through March 12, in conjunction with the CPT’s run of Hairspray, features work by 28 local artists including Diane Turner, Lester B. Lee, George Handrahan, Sandra Rast and Simon Winegar.

This trio is by no means an exhaustive list of the performing arts venues that feature visual arts exhibitions. All across the state, from the Shakespeare Festival in Cedar City to the Covey Center for the Arts in Provo and the Rose Wagner Art Center in Salt Lake, you’ll find art on your way to the theater.