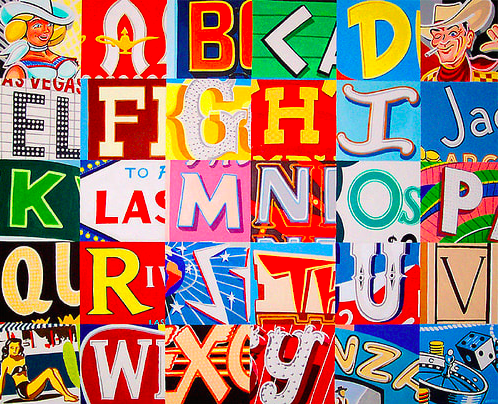 Paul Heath calls his work “Pop-Nostalgia,” and he draws inspiration from the neon signs around Salt Lake City.

“There are artists that you fall in love with because of their use of color, their subject matter, their sense of humor conveyed in their art – Wayne Thiebaud is ‘all of the above’ for me,” says Paul Heath.

Heath was first introduced to Thiebaud’s artwork in the mid ’80s, when he was getting his BFA in Drawing and Painting at the University of Utah. “I remember seeing one of his smaller oil paintings, ‘Bacon and Eggs,’ in a display case near the old UMFA Auditorium, back when it was adjacent to the U’s Art Department.”

One of Heath’s first paintings, when he was studying with Sam Wilson, was of a row bright neck ties labeled “K, L, M, N” as if they were an advertisement from a shopping catalogue. One of them was an actual tie, sewn on for “Pop” effect. “Now I know that Wayne Thiebaud’s painterly process explores more formal relationships than mundane commercial representation – but it is his elevation of the ordinary object through careful observation that I love.” 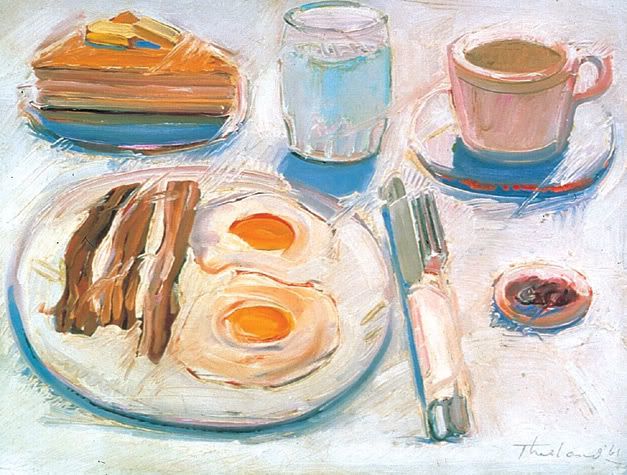 Wayne Thiebaud’s “Bacon and Eggs,” 1961, was an early inspiration for Paul Heath. Oil on canvas (35.6 x45.7cm). UMFA, Salt Lake City, Ut. Purchased with funds from the National Endowment for the Arts, the Associated Students of the University of Utah, Mr. and Mrs. Maurice Warshaw, Mrs. Paul L. Wattis, and the Friends of the Art Museum.

Since 1985, Heath has had a diverse career in television graphics, public art, his own practice as a painter and silkscreener (mostly depicting local signs and documenting a sense of place) and, since 2013, as an Elementary Visual Art Instructor through the Beverley Taylor Sorenson Arts Learning Program in the Salt Lake City School District. He also finished a Masters in Education at USU in 2017.

His practice of making artwork out of ordinary objects is a through line in his educational practice. With support from the BTS Learning Program and the Dept. of Families and Consumer Studies at the University of Utah, he’s helping to initiate “The Paper Plate Project” – a social good effort to raise funds for the Utah Food Bank. “Students have been introduced to a variety of artists and art movements, including the art of Wayne Thiebaud with his food still-lifes,” Heath says. “While participants get to choose what medium and creativity they would like to share on their paper plate, the goal is to raise awareness of the 5-fold increase in resources the Utah Food Bank has shared within the SLC School District during the pandemic. Another goal is to offer joy through self-expression for students, families and viewers when the plates go on display.”

You can see more of Paul Heath’s work at https://paulheathart.weebly.com.