Paul Dougan’s Lifetime Behind the Lens and in the Darkroom 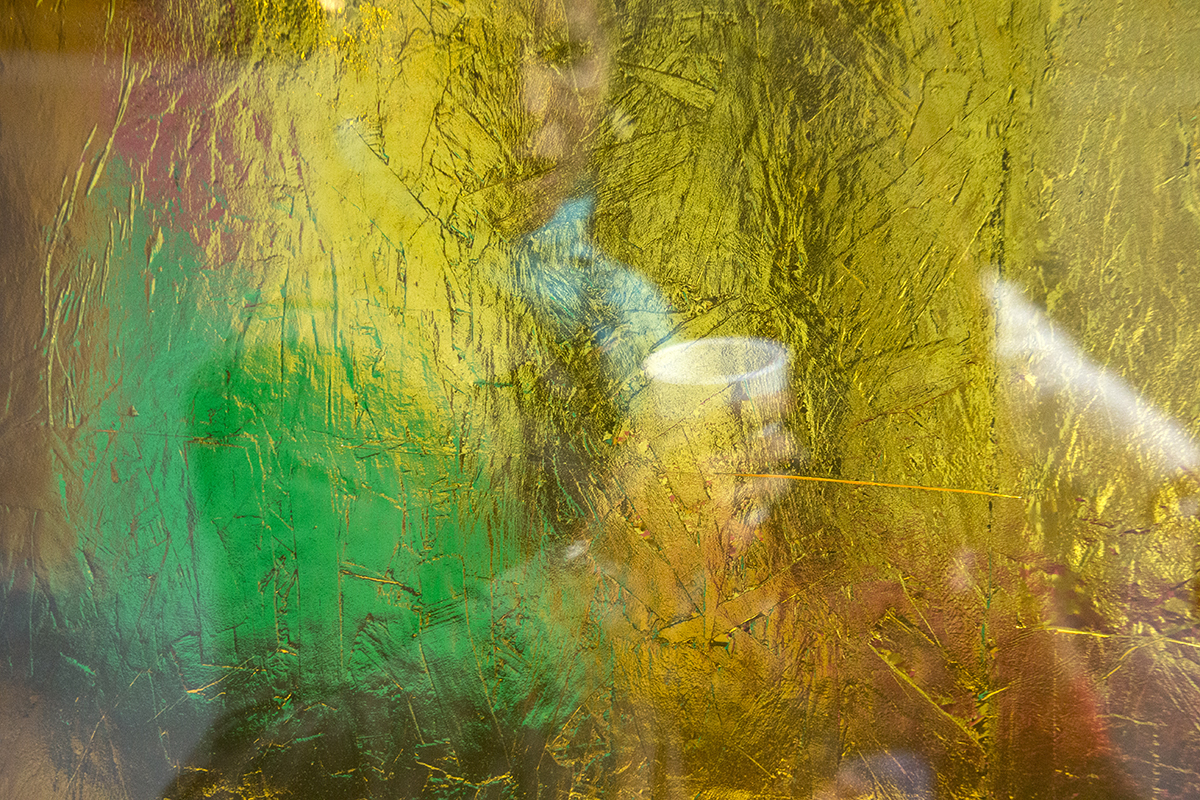 “I don’t do strange stuff with Photoshop,” states Paul Dougan, who seems more interested in chatting up the printing process than discussing other aspects of his work. “If the color red is there, it’s the best the camera can do and I can do to keep it red.” The veteran Utah photographer, who rarely shoots a frame inside the state but rather focuses his lens more globally, has a show hanging in Phillips’ Dibble Gallery until Feb. 12.

Dougan, who will be 83 in February, has visited every continent but Antarctica, and received his first tools of the trade at around the age of 8, a simple box camera and, he says, “I still have the 1915 Kodak 2C Autographic that was my father’s. I became serious [about photography] in college and started printing when I was about 24 and had my first darkroom.” 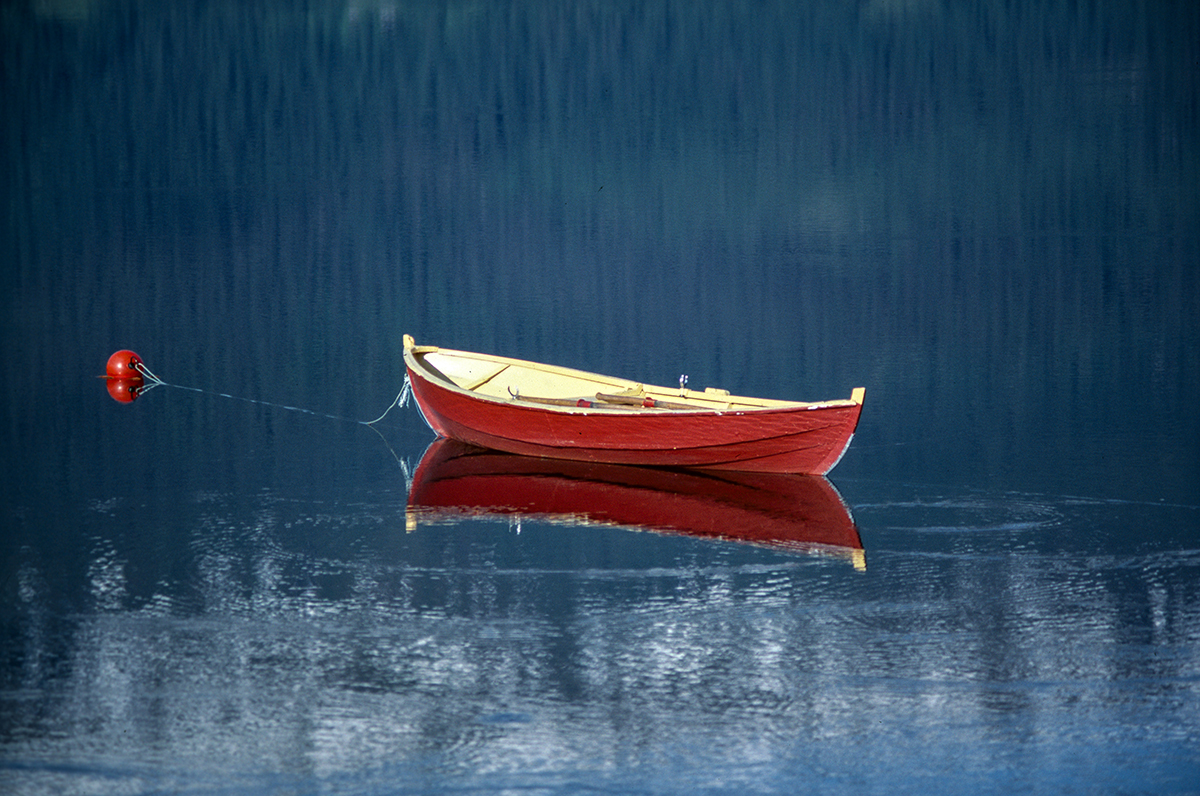 Or as his wife, author and former Deseret News humor columnist Terrell Dougan writes (at least we suspect her hand in this artful paragraph): “In his senior year in college, using his first Leica, he became completely hooked on the beauty and mystery of photography. He quickly learned that the camera is only a tool. A better ‘tool’ helps, but if you are not able to see, the very best ‘tool’ will not produce interesting and creative images.”

Paul Dougan prefers color to black and white “because that’s how I see” and photographing people to landscapes, although the Phillips show is reasonably divided between those subjects. “I like both,” says Dougan, “but I like cities. And I like wandering around cities doing candid photography.” His interest in landscapes and shooting the southern Utah redrock country is lackluster, at best. “I’m not a backpacker,” he maintains. 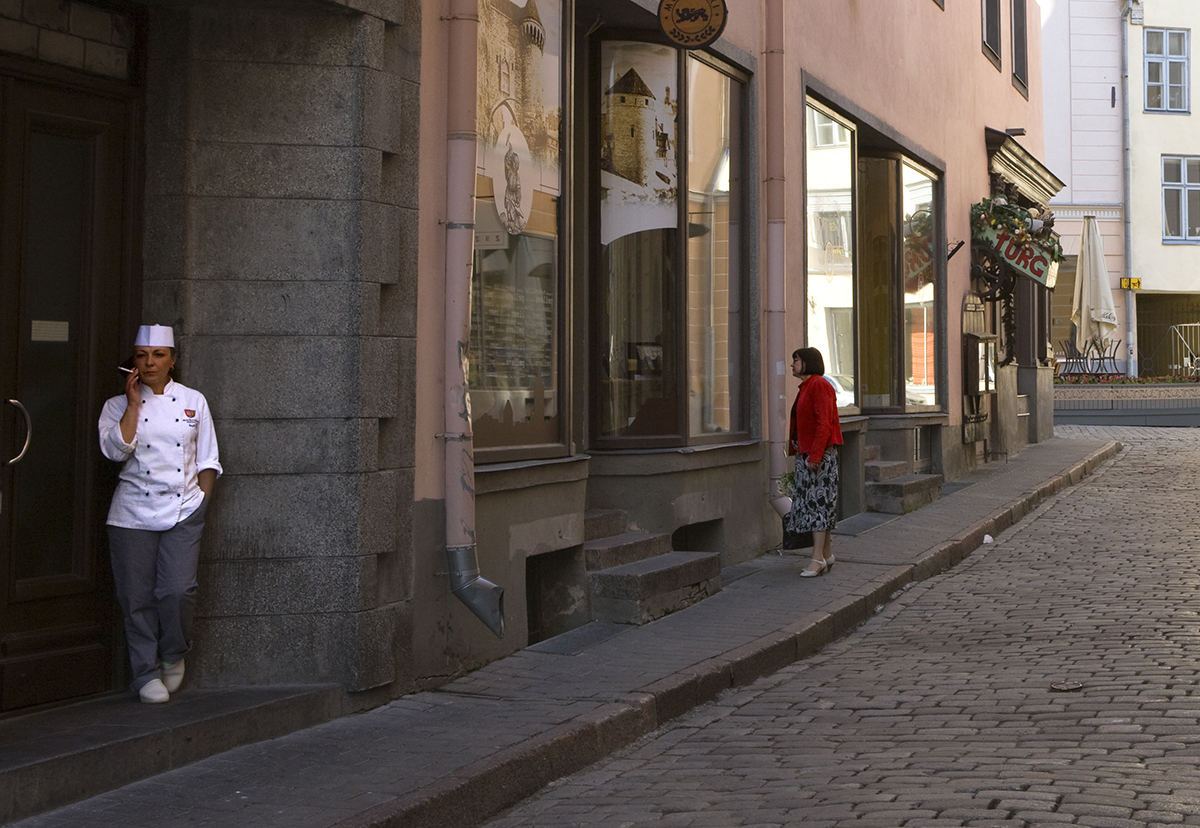 No, Dougan is a street photographer and has been for more than 60 years. “This simply means that all my photos are candid shots taken wherever I happen to be with a hand-held camera,” he explains, then volunteers: “The lady you see wandering around a temple is about as exotic as I get.”

He opts to do all his own printing and the photos in the show are either 14” X 21” or 10” X 15” — “roughly.”  He can print up to 24” wide by 36” on paper or then create canvases of his work and knows a lot about the subject. In fact, it became necessary after nearly 10 minutes of our interview to interrupt and suggest that 15 Bytes readers might be more interested in Dougan’s own history than in the evolution of the personal printer from the $125,000 Iris (“not accessible to people like me”) to the first inkjet printers developed by Canon and HP in 1979 and 1984 (which were). Sigh.

A geologist by education and in the oil and gas business for 40 years (he retired in 2004), Dougan also has “done some real-estate things.” He had no formal photography education but attended lots of workshops with great teachers: “Jay Maisel was the best,” he declares. But there were also the likes of Paul Caponigro, Eliot Porter, and Jerry Uelsmann: “some of the finest photographers/teachers in the country.” 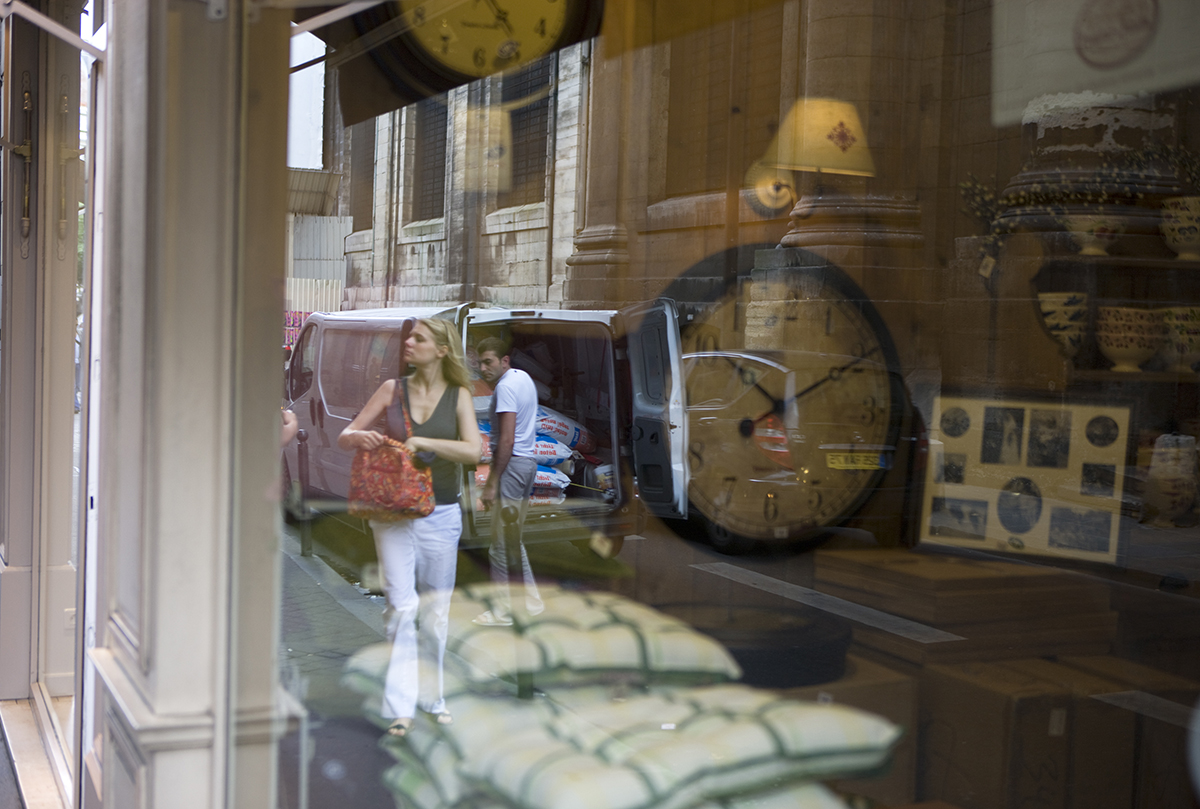 Dougan’s association with Utah photography goes way back: “I was involved with the Salt Lake Art Center beginning, hell, in ‘70 something. It was still at Finch Lane [long before it would move downtown or become UMOCA]. Ruth Draper’s [first] husband, Del, asked me to be on the board, he was chairman, and he died of a heart attack a few weeks later. But I got involved. I was a good friend of [photographer] Dick Burton. He died just a few weeks ago . . .” Dougan pauses.

“So, what are you reading these days?” 15 Bytes inquires over-brightly. “I enjoy mysteries,” Dougan replies. “The obvious ones: Grisham and Baldacci and, in terms of writing skill, though they aren’t really mysteries, Stephen King is a really fine writer. And there’s this Swedish man, Jo NesbØ, and his detective Harry Hole. I read 90% fiction. I leave my nonfiction for the newspapers — a lot of that is fiction. They badly blur that line,” he observes.

The photographer also plays golf; has given up skiing and tennis. The Dougans always have had German Shepherds and right now are spoiling two, Roxie and Tango, with kibble and liverwurst for breakfast and plenty of long walks. “We’ve had a bunch of them over time,” Paul Dougan reflects. 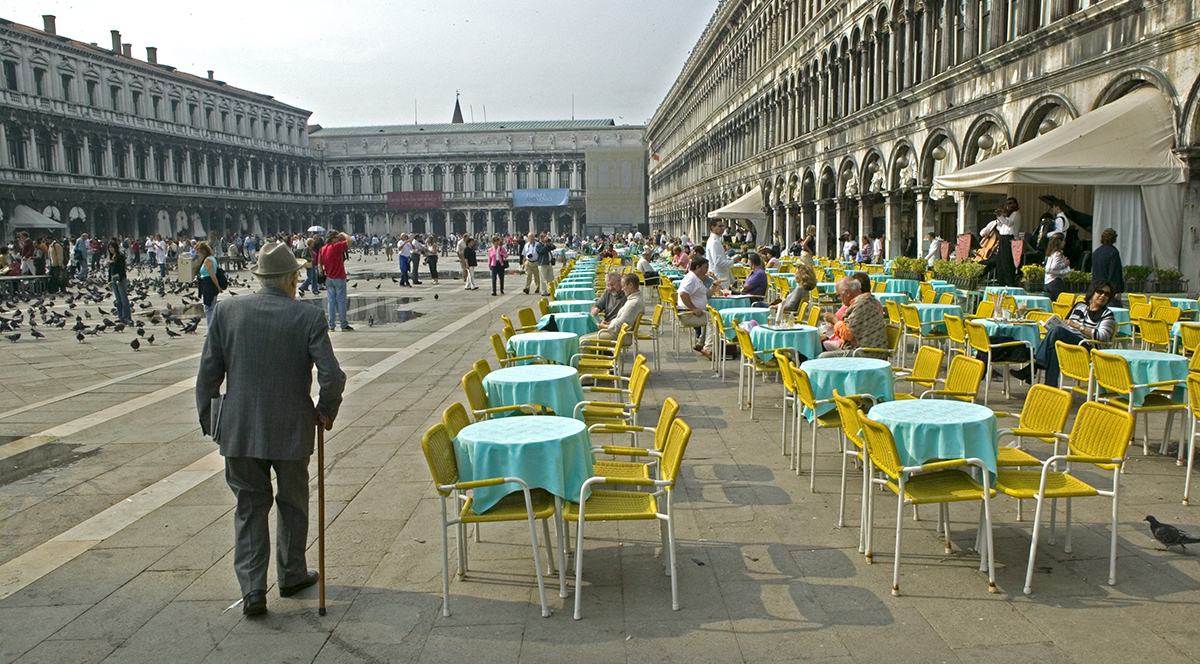 Most of his photographic subjects exude exuberant energy and push the imagination: an aging businessman, his cane carried almost as a prop, strolls through a town square with Hercules Poirot-like intensity; a woman dances in a purple print dress focusing intently on her partner, oblivious of the Mariachi band providing the tunes; two young girls fly gaily colored kites, their skirts whipping in the breeze; a running fence, a la Christo and Jeanne-Claude, that actually is a snow fence; in “Aspen Red” (1970), which started its photographic life as a slide; bright red boxcars lettered in white run parallel to a highway and against a sky crowded with puffy clouds in a work titled “Shortcut,” (2007). Perfectly captured, almost too rich to take in at once. (Then, there’s his Cuban series . . . just go there.)

Dougan reveals that the blue “Vegetable Stand” (2002) was composed with a point-and-shoot camera. “Richard Maury in His Studio,” (2004) he says, was taken in Florence, Italy, on a visit with businessman Ian Cumming. “If you look at the painting on an easel, there’s a mirror. Maury is reflected in the mirror on the left-hand side, and also in the mirror in the painting that he’s just painted. The color of the green plastic in the photo and in the painting almost identically copied the floor tile. He just died this last year. I was really enamored of the painting. It was well beyond my financial ability, but Ian bought it . . .  It was a very realistic work,” acknowledges Dougan. 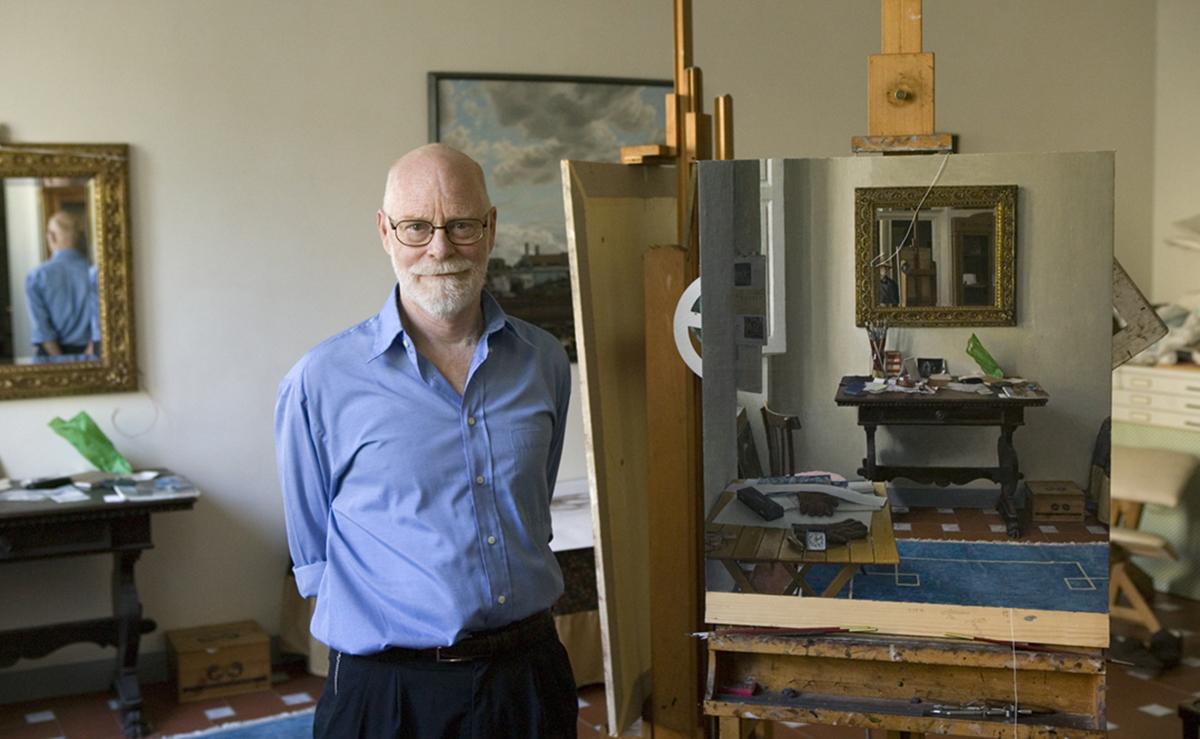 While he seems to regret that the images in his current Phillips show “aren’t in date order,” the photographer says everything before 2002 was taken with 35mm color slides “and then I scanned all these and turned them into a digital file, and all the prints are digital.” He explains that what has happened over time, “2002 forward were done with digital cameras with a full frame, except the sensor in the camera is the film now” allowing you to control what “digital does both in the camera and when you are printing. My website is quite good in the sense that you can blow up the pictures to full frame. All the pictures are candid, and they have not been changed in Photoshop, but in some cases, there is cropping: I’ve changed the size of the image and cropped out stuff. Some photographers don’t crop, and I try not to. . . “

When Dougan still was doing wet darkroom printing, he says he “was a good printer, not a master printer; you were quite limited in the kinds of paper you could print on. The paper I use is one of the closest papers to getting true to what you see on the screen. Each paper is slightly different so when you are making your print in Photoshop you can see a substantial shift in the brilliance in saturation.”

Some years ago, when the Huntsman Cancer Institute was shiny and new, Dougan’s old friends Karen and Jon Huntsman asked if he would consider donating a few of his prints to the hospital. Dougan by now has donated more than 160 — on the condition they not go in doctor’s offices or public hallways but rather into clinics and patient’s rooms. “Unless you are sick or in a clinic – I’ve had prostate cancer – unless you are sick you don’t see them,” he says. “All of them are placed where they will bring comfort to the patients.They especially like my flowers, and I have received notes from many friends who were getting mammograms and were distracted from the discomfort of the whole process by a huge rose or red poppy. There will be more up there, too. It’s something I love to do. It has been my honor and my pleasure,” says this Utah world traveler of his comforting camera creations. 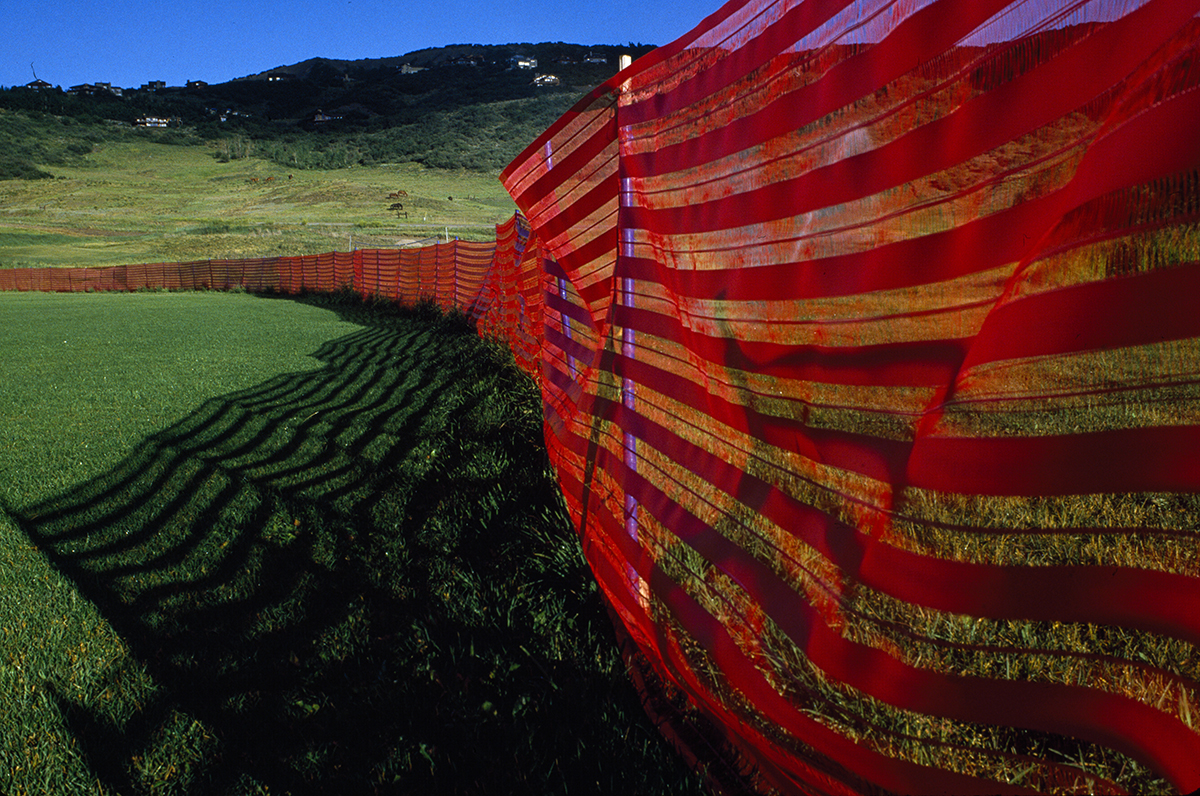