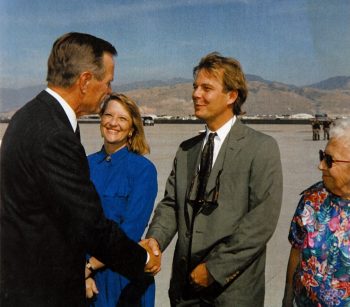 When he was in his early 20s, (an age when the main accomplishment of many of us is drinking a lot of beer) Patrick Moore Hoagland was awarded the Thousand Points of Light Award for exceptional service to this community, by then President George H. W. Bush. Presidents come and go, but for four more decades, and regardless of any recognition, Patrick kept his light shining for the Utah community until he died, unexpectedly, on May 25, at the age of 62.

Patrick was born in Salt Lake City, went to Olympus and Judge Memorial high schools, and attended Evergreen College in Washington State. He had been an Art Director, gallerist, owner of a catering business, co-owner of Elemente, and was serving as President of the Board of the Pilar Pobil Legacy Foundation, and was Founder and currently Vice-President of the Ogden-Weber Humane Education Society, just for starters.

No one could match his charm, his style or his kindness. He never sought credit for himself. For some time, he staged a yearly show for mentally troubled artists, and another one for homeless teens. When a local woman of some discernment bought a small painting of a bird at one of these events, one of the organizers phoned the artist on the night of the opening — she wept with joy.

For almost 20 years, first as the Forum Gallery director-owner and later at Patrick Moore Gallery, he hosted an ongoing monthly party dedicated to beauty, talent and good cheer. We will never again see its like.

No one was more willing to foster new talent than Patrick. Both Shawn Rossiter and Leslie Thomas mention having their first one-person shows at Patrick Moore. 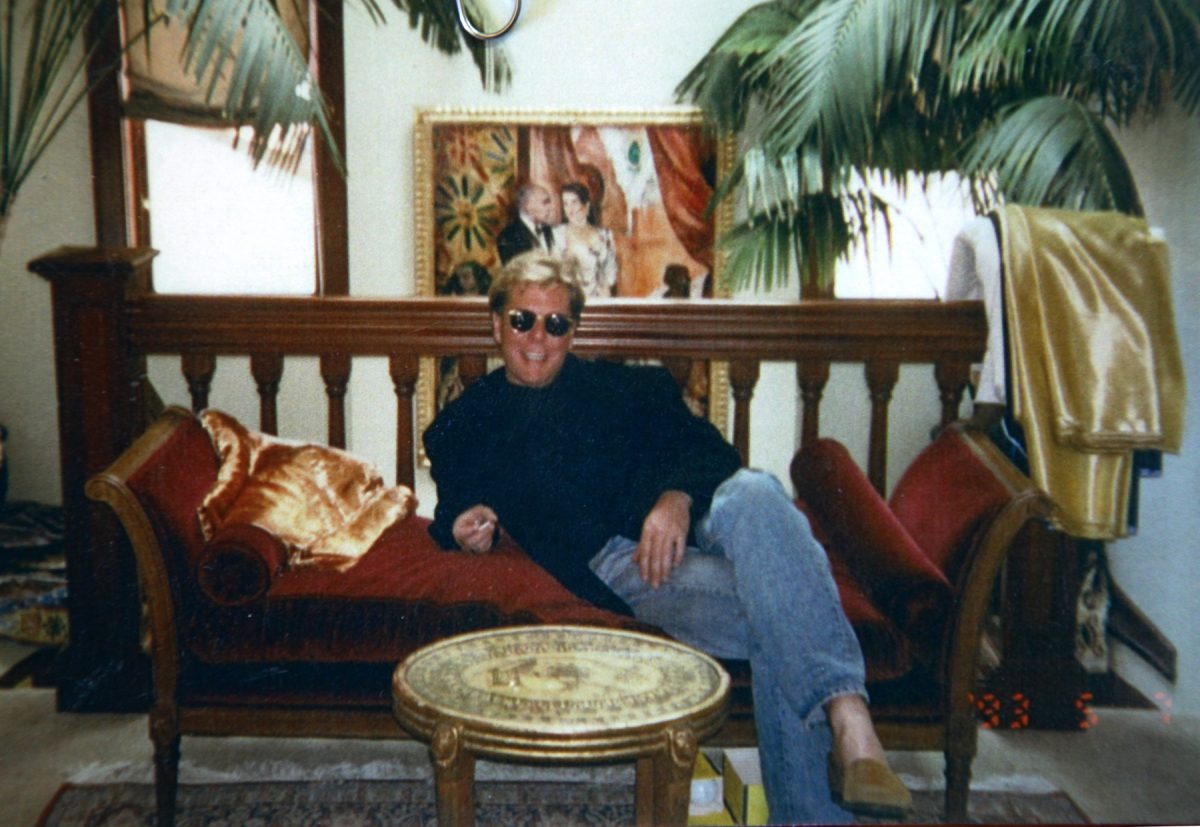 Unknown, striving, talented or not very good — all found a home in the gallery. Patrick accepted work impossible to sell, and work with a bright future. The very best in Utah showed with him: Darryl Erdmann, Layne Mecham, Laura Boardman, Susan Kirby…the list goes on, and would include at one time or another most of Salt Lake’s finest.

Darryl Erdmann recalls, back when Patrick Moore Gallery was on 500 West, Patrick wanted to expand. He and a partner opened a gallery in San Diego. Darryl got a call. “Load up your truck with paintings and come on down. The show opens in a week.” Darryl complied. The show was a bust. It happens even to the very best. Darryl recounts how Patrick’s first concern was with him. “You don’t just sell the work. The patron needs to have time to know the artist. This isn’t failure.”

Laura Boardman was inspired by Patrick. “We both loved animals and worked together in various nonprofits. Patrick was one of the most selfless people I’ve ever met. His loss will have an impact on our art community, homeless pets, as well the many boards and organizations that he cared for. His vision and people skills brought many together; made things happen.”

He was an adroit salesman, and he knew more about the art scene in Utah, both personally and politically, than anyone else. More than once, if I expressed interest in a work in the gallery, he would say, “I’ve had my eye on that one, too.” He knew he was playing me. I knew he was playing me, and he knew that I knew. We both enjoyed the little game. The mysterious and wonderful part of the story is that it usually worked, and he had a sale in his pocket. 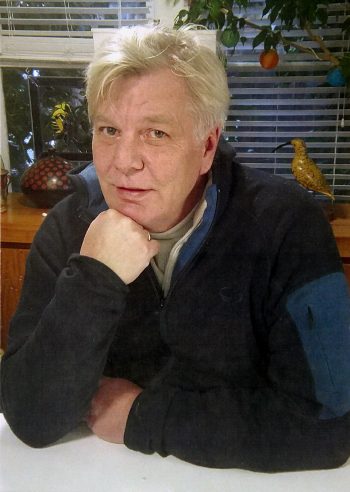 Patrick loved gossip, but he was never mean. He loved to laugh and was always willing to be the fall guy.

Patrick loved to get and give presents. He carried the innocence of a child at Christmas into his sixth decade. Presents given, presents accepted — Patrick reveled in the generosity of both. One child would often say to another, “Go see Patrick. He will give you a toy.”

I suspect that if he were here, he would tell us that more important than his professional accomplishments was his love for his partner, Luis Aguiler, his dogs, the living process that is art, his family and his scores of friends — the true meaning for his all too short life.