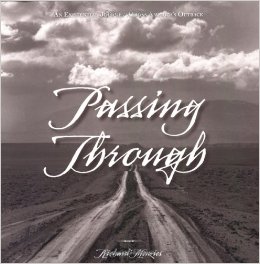 America’s West is full of lonely roads and desolate countryside where a paper map and spare tire are more important than a cell phone. These roads set the stage for Passing Through, in which author and photojournalist Richard Menzies recounts the “existential wonderland of a rabbit hole” he encountered in the rural areas and urban peripheries of Nevada during the 1970s.

Menzies began his odyssey in 1969 when he left Price to replace a temporarily ill bookmobile librarian whose route zig-zagged throughout northwestern Utah. Among his mandatory stops is Wendover, where he describes having a thrilling vision of prehistoric creatures that made him want to stay instead of flee. Here he becomes a writer and photographer for the Salt Flat News. Passing Through introduces to the reader the people—predominantly men—living unconventional lives whom Menzies befriends.

Deputy Dump, aka Floyd Eaton, is the most vivid person in the book. Eaton built his home out of materials found in the junkyards and trash heaps of Wendover. With his Kaywoodie pipe in his mouth and dog Tina by his side, Deputy Dump weaves tales about his time as an international ranger and sharpshooter, ride operator at a Texas carnival, and stunt performer on horseback for Hollywood movies filmed in the West. His stories have a murky sense of truth about them. When coupled with Menzies’ images of Eaton—ranging from environmental portraits in the junk-made house to an intimate image of Eaton’s weathered, aged, and optimistic face—one sees a man who is proud and content to wander and simply be. 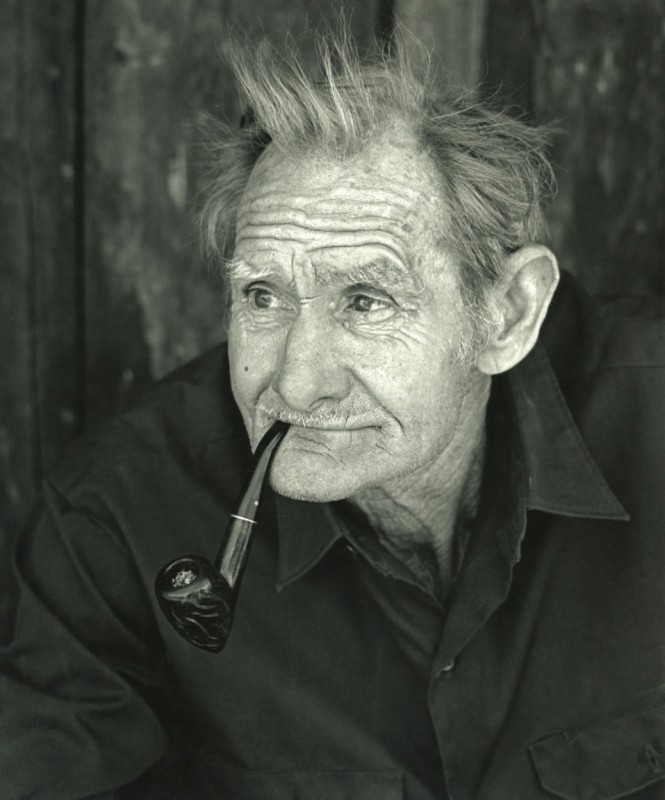 One of the more interesting people to me is Robert K. Golka. From Brockton, Massachusetts, Golka was obsessed with the life and work of Nikola Tesla, and he came to Wendover to be near the Bonneville Salt Flats and the land’s optimum ground conductivity. For his first year in Wendover, he worked alone on the Salt Flats. For his second year he was awarded a research grant from the U.S. Air Force to study the effects of lightning strikes on aircraft. He moved into the Enola Gay hangar and erected the largest Tesla coil ever built. Menzies includes a brilliant photograph of the coil, lightning exploding out of it and dwarfing Golka who is dressed in an all-white suit below the light show.

Passing Through chronicles a dozen eccentric people over 120 pages, from Stanley Gurcze, a footless vagabond wandering the highways on his padded knees and crutches, to Maria Pavlakis, owner and baker for the only pastry shop in Ely, Nevada. At some points this book reads like a Mark Twain story and at others like a history book of strange facts. Menzies’ few photographs bring the characters and stories to reality. Without them the book would be more romantic. Instead, Menzies presents a curated but truthful picture of unconventional people living on their terms in a time and place in the United States where one could be left to live in such a way.