It is last call for Salt Lake City’s Groutage Gallery, and possibly the last chance to see artwork by Harrison Groutage himself. After more than a year of successful business, Sugar House’s Groutage Gallery will be closing its doors permanently May 31. For two weeks only, an […]

Ann Poore has been a writer, editor and art critic in Utah for many years. She was also a personal friend of Salt Lake City artist Lee Deffebach, who passed away last year. In recognition of the exhibition of Deffebach’s work at Phillips Gallery this month, as well […]

1) What are you reading lately? I usually read several books at once. Does that make me easily distracted or not? One of the books current in my pile is Vision and Art: The Biology of Seeing by Harvard neurobiologist Margaret Livingstone. It is a science book that […]

by Kent Rigby Salt Lake City artist, John Bell, has just completed an impressive 12′ x 20′ mural in New York City at the penthouse apartment of Nu Skin founder and senior vice president, Sandie Tillotson, at the Mandarin Oriental at Time Warner Center. Some of you may […]

What if Edvard Munch’s famous painting had been named “The Migraine” instead of “The Scream”? Would it have become the iconographic emblem of existential angst it is today? Would it be hanging on museum walls (or being stolen from them)? Maybe. The work, after all, is the […]

by Kent Rigby In May, graduating senior students from the University of Utah’s Department of Art and Art History will present their work at the annual Bachelor of Fine Arts Exhibit, hosted this year by the Utah Arts Alliance, at the Utah Center for the Arts, 2191 South 300 […]

A Meeting of Minds at The Regional

A meeting of minds is taking place in St. George. Earlier this year, artists from Utah, Arizona and Nevada were invited to submit work to The Regional exhibition at the St. George Art Museum. Following a healthy response from artists of varying professional levels and public exposure, […] 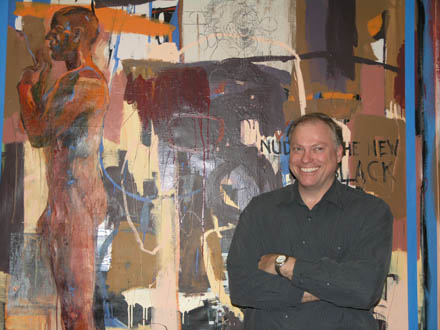 photos Manju Varghese People rarely see Riverton artist Bruce Robertson on a down day. His optimism and positive perspective are second nature to him despite the discouragement and frustrations that often come with balancing a creative career with an administrative one (he is executive director of the Visual Arts […] 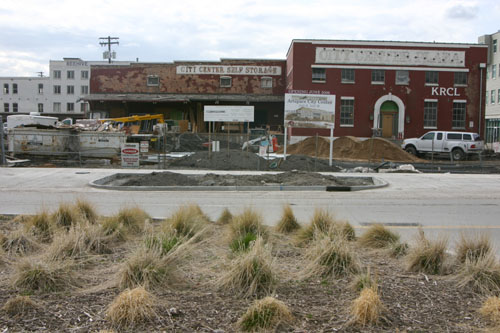 by Kent Rigby I remember trying to find my first studio space back in 1985, and what an inordinate ordeal it was. That was long before such studio venues as Rockwood Studios, Poor Yorick, Kayo Gallery, Arrow Press Square and Utah Arts Alliance. Artspace was just getting started […]