By Geoff Wichert on October 8, 2021 • ( 1 Comment )
UTAH'S ART MAGAZINE SINCE 2001
Published by Artists of Utah, a 501 (c) 3 non-profit organization. More about Artists of Utah
Suscribe Now
For Email Marketing you can trust.

There may be a thousand tiny pinholes in the hardwood floor of the chapel area in the old 15th Ward Building at 915 West 100 South, Salt Lake City.   The building, with its unique Victorian Gothic revival architecture (think Disney Magic Kingdom castle), was dedicated in the early […] 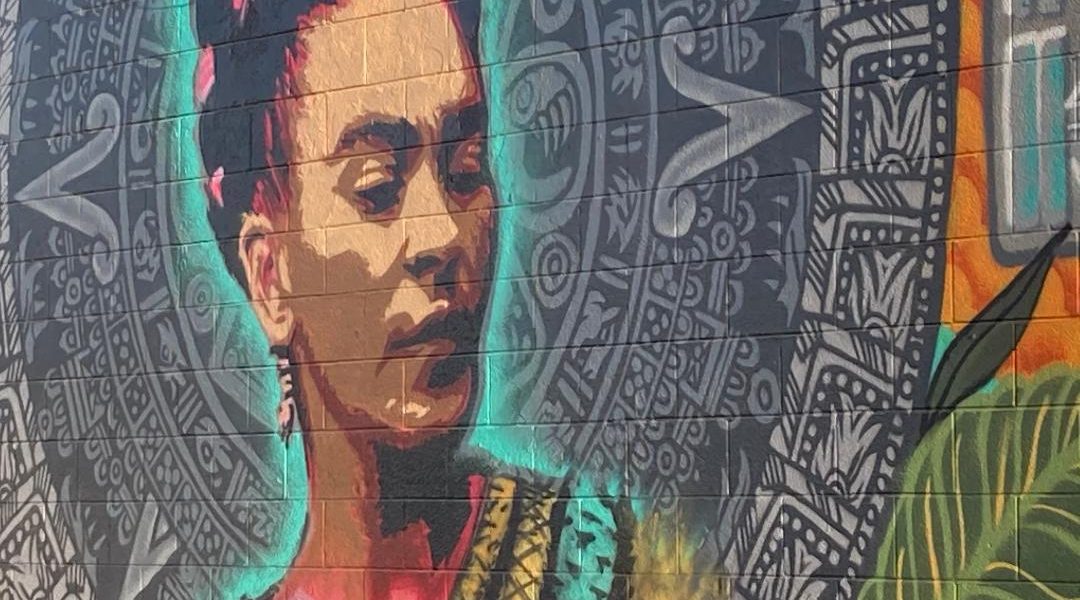 This beautifully executed mural by Roots Art Kollective, featuring an image of artist Frida Kahlo, appears on the side of a Mexican bakery in Taylorsville: 5423 S. 4015 West.   Discover more art with our Art Lake City map 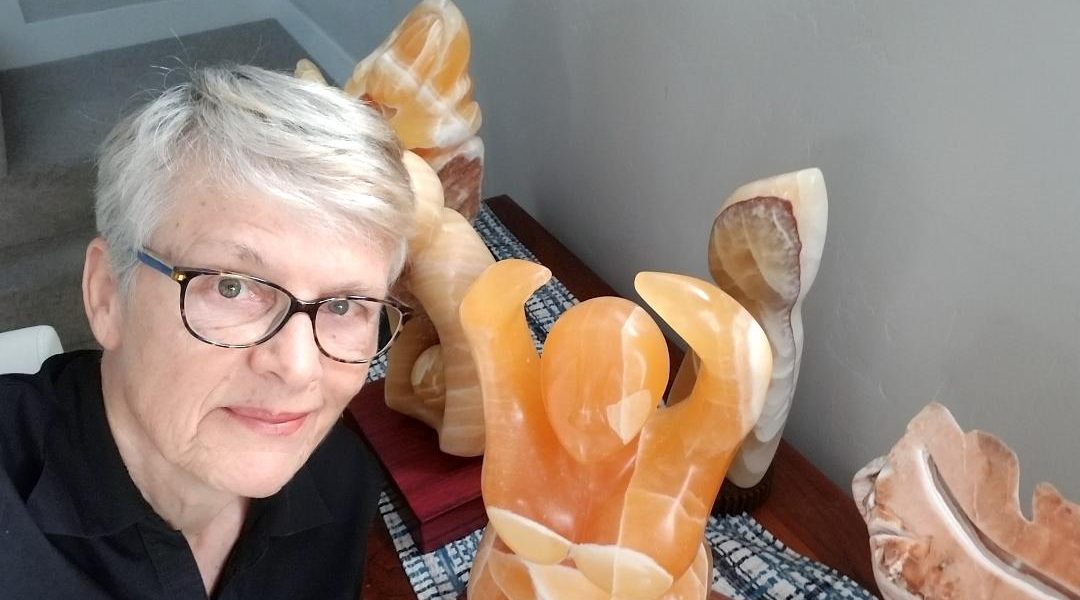 It seems a small studio for a stone sculptor — just 85 square feet, Jonna Ramey says — tucked at the back of the family garage, but it’s brightly lit, even on this dreary Sunday, with a wall of cheery windows and decent overheads. The space is OCD […]

Along the Jordan River Parkway, a grieving family has turned this nondescript piece of infrastructure into a memorial. Accessible by foot or on bike, it is across the canal from the Khadeeja Islamic Center, 1019 W Parkway Ave, West Valley City.   Discover more art with our Art […] 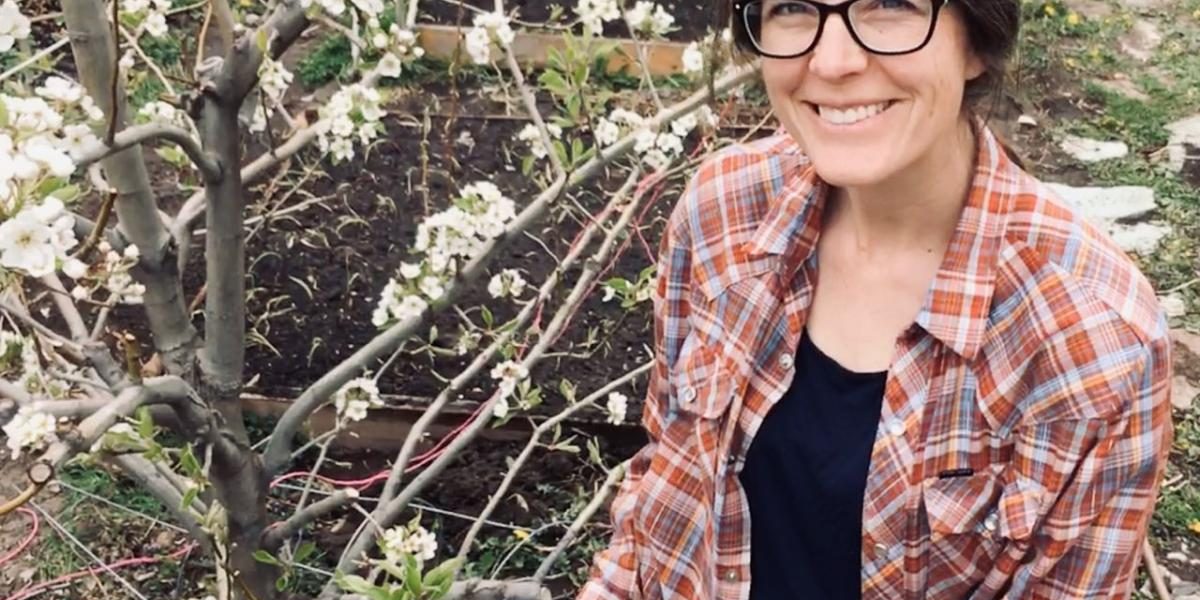 “I love how Joy Harjo’s poems tap into the spiritual, the animal, and the human all at the same time,” says Laura Stott, a poet, professor and the 2020 recipient of the Ogden City Mayor’s Award in the Arts. “They show how connected we all are on […]

Bishop’s “The End of March” and Bickmore’s “St. Louis Cathedral No. 1”

Elizabeth Bishop’s “The End of March” has resonated with Lisa Bickmore since the first time she read it. It has spoken to the Utah poet of her own “deep desire for retreat — for solitude and silence — and also how impossible it is, or can feel, […]

The Kimball Art Center may have been liberated by its new location at the back of the Yard — a warren of working-class haunts across the street from Park City’s cemetery — full of 19th-century miners and bar-keeps. A case in point is the current show, When Evening […] 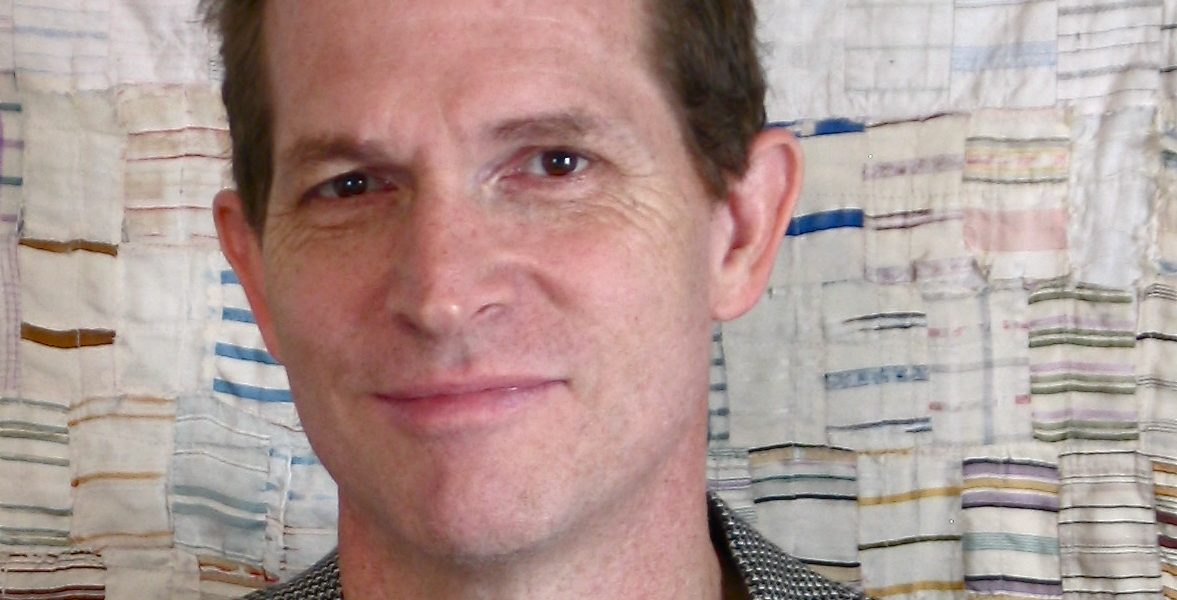 Lance Larsen on Pablo Neruda’s “Ode to My Socks” and Running, in the Summer of 1977

Sunni Brown Wilkinson says Joseph Stroud’s Of This World is one of the best poetry collections she has ever read. “Joseph Stroud is a remarkable but less well-known poet, mainly because he purposely shuns the spotlight,” Wilkinson says. “He lives part of the year in a cabin in […] 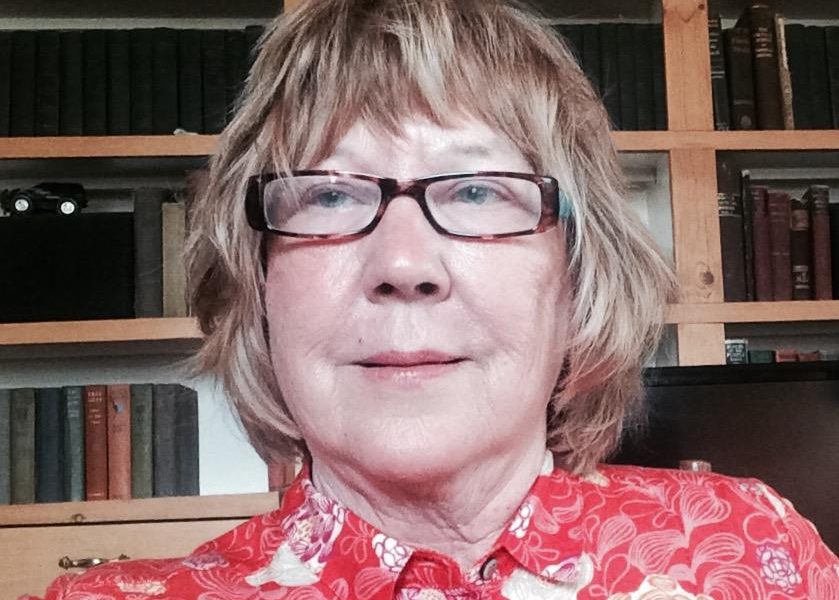 Nancy Takacs Travels with Poetry from Lake Superior to the Galapagos

In their citation for the 15 Bytes Book Award for Poetry, the jurors of the 2018 prize wrote: In her brilliant new collection, “The Worrier,” Nancy Takacs has presented her readers with her most finely nuanced and psychologically sophisticated collection of poetry to date.  Each piece is an […] 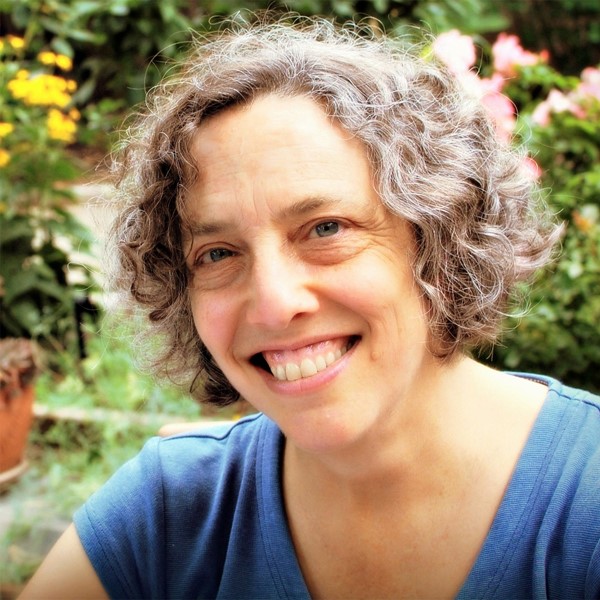 Jacqueline Osherow in a Shanghai Taxi

During this month of April, 2021, we return to Poets in Pajamas, an audio series celebrating National Poetry Month launched last year at the beginning of the pandemic. In this series, we ask Utah poets to read one of their own works, as well as a work by […] 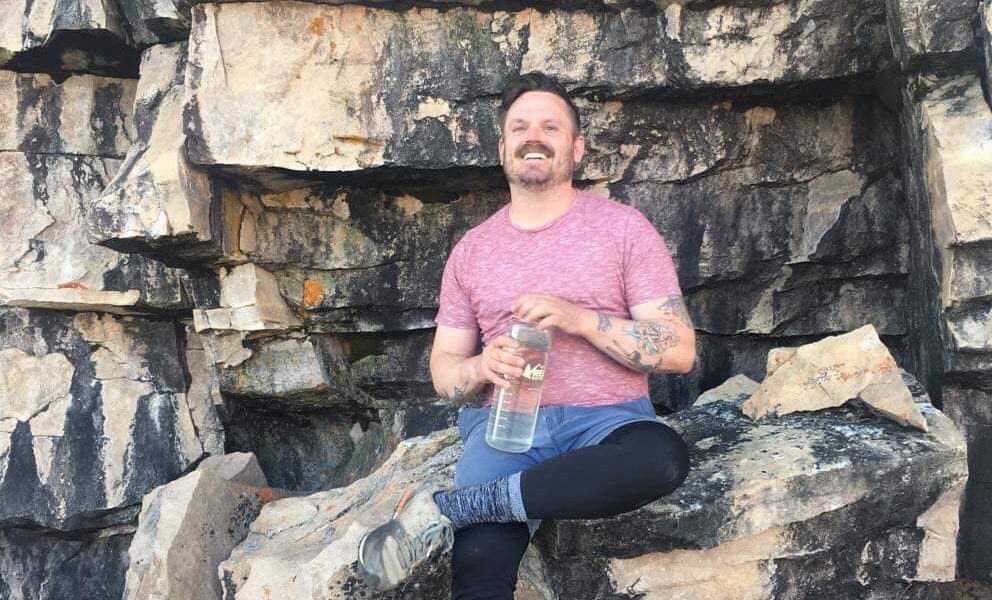 Gray is known for crumpling paper into balls and throwing them behind him. The papers contain love notes or apologies. “I have fallen in love and apologized so often,” he says. We are proud to present four of his poems here. 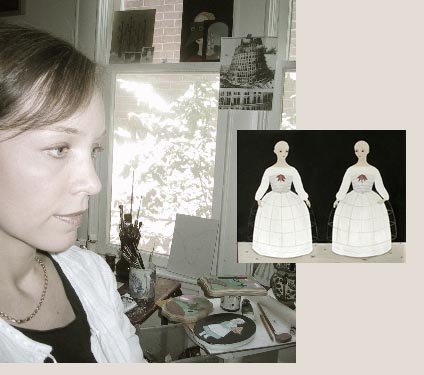 “When you’re an artist pursuing a career, Utah is the type of place you leave for cities like New York, San Fransisco, or L.A. Dana Costello did just the opposite. In 1996, she left San Fransisco to pursue her art in Salt Lake City.

Costello, a California native, says that though she was considered the “class artist” she never pursued any formal art studies, which she found too “limiting.” She had a “varied liberal arts higher education” and graduated from the University of California/Santa Barbara with a BA in Sociology and Psychology. After graduating, she worked in a number of different professions but remained unsatisfied. During this time, she began to paint more regularly and felt the drive to pursue her art more vigorously…”

READ THE FULL ARTICLE FROM JUNE 2004 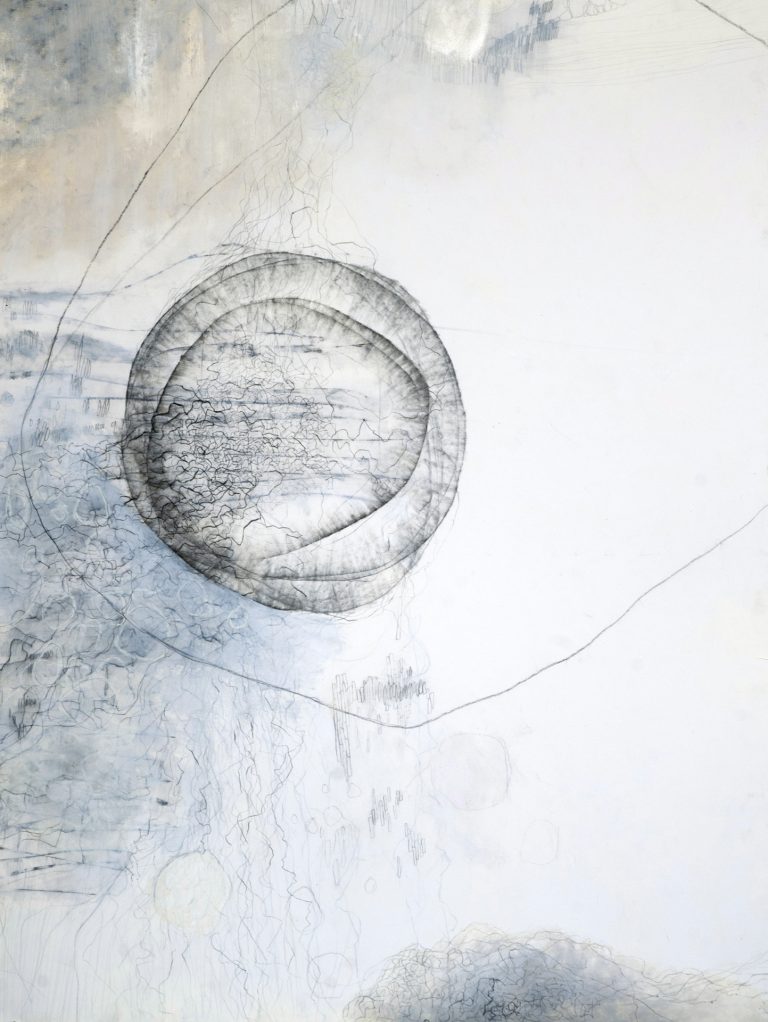 Lydia Gravis, b. 1981, is an emerging artist living and working in Ogden, Utah. She earned a BA in Painting and Drawing from Warren Wilson College and a MFA in interdisciplinary visual art from the Art Institute of Boston at Lesley University.

“What unifies us? What perpetuates a sense of otherness? I’m inspired by experiences beyond our control that distill our egos and feel psychologically enigmatic, but leave us with a simultaneous sense of our own mortality and human connectedness. Making art is my way of making sense of it all, or rather, the result of my inability to make sense of any of it and my simple desire to respond. Mark making is an empathic activity for me, a way for me to connect to the world around me and the world within me. I create colonies of marks and lines and in my mind they become personified and assume individual behaviors. Can I re-write troubling human narratives with them? Can I make them cooperate? As I try to sort out reality, I create a new reality on paper. I eventually relinquish my initial intention of control and it is with this surrender that an unpredictable creative process unfolds. Ultimately driven by a desire for engagement, and sustained by the meditative act of making, I hope to pass on a sense of wonder and resonance to those who view my work.”