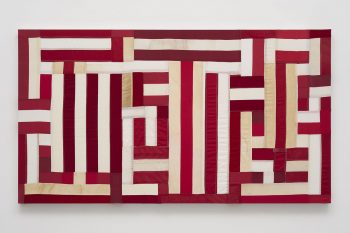 Founded in 2016, For Freedoms is an artist-led organization that produces artist activations, community programming, exhibitions, and nation-wide campaigns to spark civic joy and participation.

In advance of the 2016 general election in the United States, For Freedoms aimed to center artists’ voices in public discourse, broaden what participation in democracy looks like, and to initiate a deeper conversation about the role of art in local, national, and global politics.

For Freedoms produced artworks and ran nationwide campaigns timed to coincide with significant political elections. In 2018, For Freedoms created the 50 State Initiative, named by Time magazine as the “largest creative collaboration in United States history.” As a tentpole project, For Freedoms also iterated on Franklin Delano Roosevelt’s “Four Freedoms” by re-interpreting Norman Rockwell’s portraits depicting Freedom of Worship, Freedom of Speech, Freedoms from Want, and Freedom from Fear. In 2020, new “freedoms” were introduced: “Awakening,” “Justice,” “Healing” and “Listening” establishing the current pillars of our work.

The 2020 Awakening activated artists, museums, schools, corporations and civic organizations in all 50 states, Puerto Rico, Washington, D.C., Guam, the U.S. Virgin Islands and beyond and mobilized the Wide Awakes, a decentralized network of artists and activists inspired by the abolitionist group of the same name active in the 1860s to re-think, re-discover, re-imagine how we can drive change in the most challenging of times. The Wide Awakes movement is an invitation and an offering, welcoming all who are interested to gather under a new model of creative action.

In just five years, the For Freedoms network has grown to become the largest community of creative civic engagement in the United States, including thousands of artists and organizations working together to invite radical imagination and set the table for new national conversations.

For Freedoms believes that if creativity is a core societal value, if artists are at every table, new ideas are more likely to take hold, and systems built on the shaky foundation of domination, extraction, and corruption of power can be rebuilt on the bedrock of love, care, and community. We are working toward a new economic model for art and culture and offering opportunities for financial and educational growth for artists.