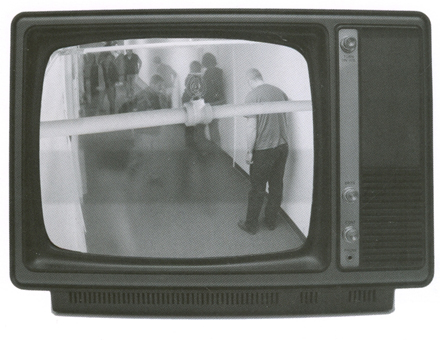 In 1986, when I flew to Ireland to begin a summer walking the extensive hiking trails of the British Isles, there weren’t too many choices for taking photographs along the way. I ended up at security in each airport I took off from—Portland, Oregon, and Atlanta, Georgia, supervising a crew of uniformed agents as they opened each of three dozen film canisters to be certain none of them contained something I could use to hijack the jumbo jets we flew on. We were told this would be easier if we just let them X-ray all the film, a process we were assured would be perfectly safe.

Twenty-two years later, most travelers will carry an X-ray-proof digital camera that offers greater versatility, but indifferent pictures. For those who still believe in silver emulsion film, or who wonder, as I do, if we did the right thing to insist on hand inspection of film all those years, the answer will be available at the Main Library on August 2. Operation Salt is a collaboration by ten artists, not ten forensic scientists, and their report — characterized by indirection, humor (some of the gallows sort), sharp visual detail, emotionally evocative associations, and sensual complexity — is likely to find virtue in the visible impact of X-rays on film. Art is like that, and frightening beauty is still beauty, after all. Operation Salt includes teachers, graphic designers, filmmakers, and radio producers among other approaches to their interests, which include experimenting with sight–, sound–, and time–based media. In other words, there will be performance, film, and installation pieces along with less ephemeral photographs, sculpture, and paintings. Anyone who thinks a lock on the door equals privacy, or that only an overactive imagination could lead one to worry about who, petty criminals aside, might have access to our secret lives, is likely to find this whole show unsettling. For the rest of us, it’s oddly empowering to know that just because we’re paranoid doesn’t mean they are not out to get us.

And who are they? As Marlon Brando unforgettably asked in The Wild Ones, “Whataya got?” Life in public, deviant behavior, voyeurism, sexual and religious orientation, economic circumstance, and political activism are just a few of the many ways to call down unwelcome scrutiny these days. Beyond what we do, however, is the whole question of who we permit to scrutinize us. What if our keepers are the true paranoids? What happens when innocence is not enough to keep suspicion at bay? I have students who think that surveillance cannot be too invasive; after all, they ask, if you’re not guilty why would you care? Poverty of imagination alone is not enough to explain such stupidity; ignorance of the arbitrary, reckless behavior of totalitarian systems plays a part as well. The good news is that art can do something for both shortcomings, providing examples and activating the imagination at the same time.

The artists in Operation Salt include Grace Ashby, David Baddley, Erin Esplin, Shasta Fletcher, Winston Inoway, Kristina Lenzi, Amanda Moore, Paul Stout, Eugene Tachinni, and Laina Thomas. To get the full effect, be there between 4 and 5:30 on the afternoon of Saturday, August 2, for the opening and reception. The exhibition continues through September 13.