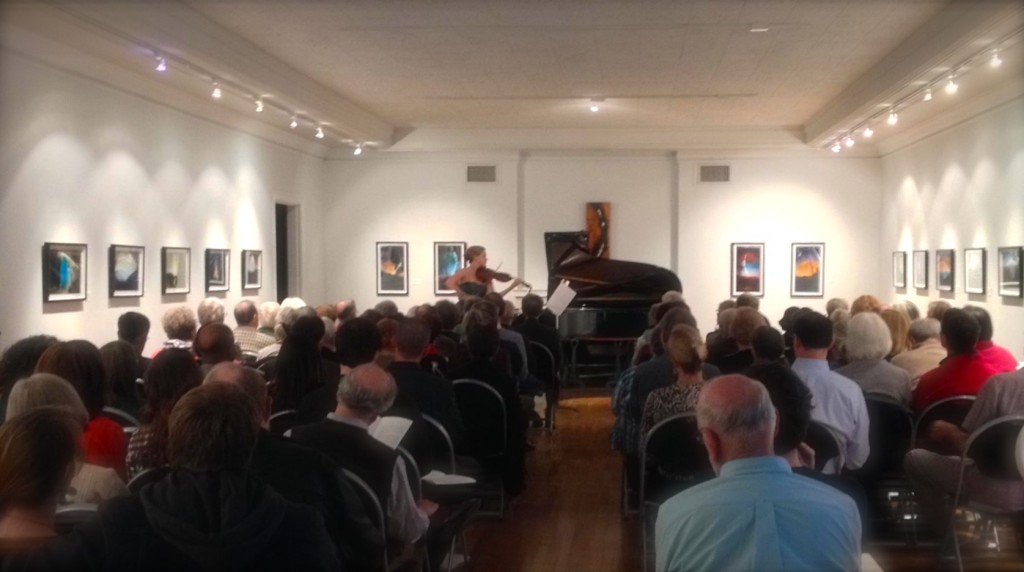 Finch Lane Gallery is a perfect venue for the atmosphere Hardink is going for when it comes to this kind of program. Chamber music was originally heard in parlors and living rooms with an intimate audience where the performers and listeners had a more cozy relationship. And with Brandon Cook’s landscapes gracing the walls of the gallery as you listen to captivating music, there is no better place to spend a Sunday afternoon.

Gregory Walz attended both concerts last year as part of NOVA’s Gallery Series. “I believe that they were two of the most enthralling concerts NOVA has performed in the last several years” he says. “The notion of curating an audience’s awareness of classical music–especially contemporary classical music–is a perceptive way to develop a sense of immersion for both the performers and the audiences. Cross pollination of conservative and creative, adventuresome progamming is the way to go–although it requires a gift for the possibilities of juxtaposition.”

Both Jason Hardink and NOVA’s executive director, Kimi Kawashima have a passion for this kind of juxtaposition. “The concerts where we pair old and new music seem to sell the best because you can’t seem to get that variety anywhere else in Utah,” says Hardink. “This is just the way I like to experience music and this is what I’m trying to share.”

Tickets are $25 which includes a post concert reception in the gallery. As this is a smaller venue, there are only a handful of tickets left. To purchase, visit www.novaslc.org