Noticing the Blooming Cactus: Wendover’s Center for Land Use Interpretation 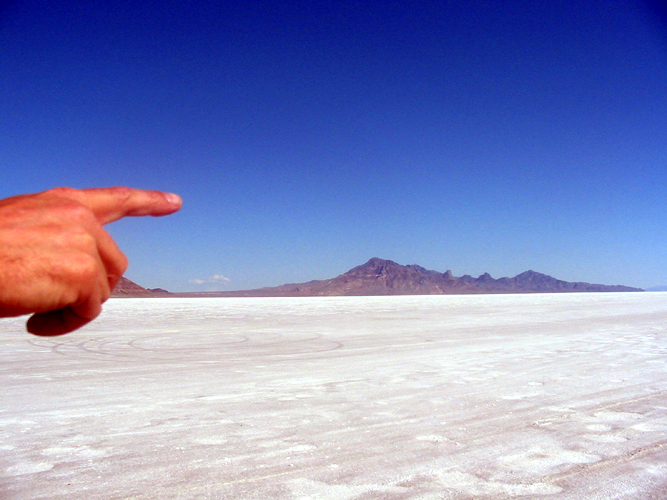 Wendover from Salt Lake City is a trip. A trip that takes an hour and a half, a trip punctuated by several mountain ranges before the flat, white expanse of Bonneville Salt Flats. Usually this trip is made with eyes closed, waiting for the relief that comes with a border town filled with gas stations, nominal food, and reprieve. I’ve made this trip countless times, there and back, but in 2004, I made it with a Center for Land Use Interpretation (CLUI) bus tour around Great Salt Lake, and the 121 miles from SLC to Wendover has never been the same since.

The trip, “Tour of the Monuments of the Great American Void,” was organized by CLUI, (which has its home base in Los Angeles) for members of the Museum of Contemporary Art, Los Angeles, in honor of the Robert Smithson retrospective the museum had just opened. We toured Great Salt Lake over two days, the first day visiting Utah’s earthworks Spiral Jetty (by Robert Smithson) and Sun Tunnels (by Nancy Holt). The second day we began at CLUI’s Wendover Complex, toured their facilities and Gallery with CLUI’s director Matt Coolidge as guide, then drove back to Salt Lake City, stopping to see the many “monuments” between here and there.

Monuments? Yes, there are many of them. But let’s back up for context, because to understand CLUI and what they’ve created in Wendover is to enter a desert for the first time, believe you’re surrounded by nothing, then finally notice the blooming cactus at your feet.

CLUI’s website informs us that they are a research organization involved in exploring, examining, and understanding land and landscape issues. The Center employs a variety of methods to pursue its mission – engaging in research, classification, extrapolation, and exhibition. They opened their main office in Los Angeles in 1994. In just two years, they expanded operations to Wendover. One aspect of CLUI is the American Land Museum, comprised of satellite regional centers, of which Wendover is one. Information related to each region is site-specific; the stark and magnificent Great Basin is the focus in Wendover.

Spend time in Wendover and it becomes clear where the town divides, between Nevada with its casinos and constant expansion, and Utah with its tiny homes, airport, and left-over military facilities. The CLUI Wendover Complex sits on the Utah side of things, adjacent to a disused military facility and the town’s operational airport. It is comprised of an Exhibit Hall, Studio, Residence Support Unit, equipped with kitchen, bathroom, and sleeping quarters for CLUI programming participants. 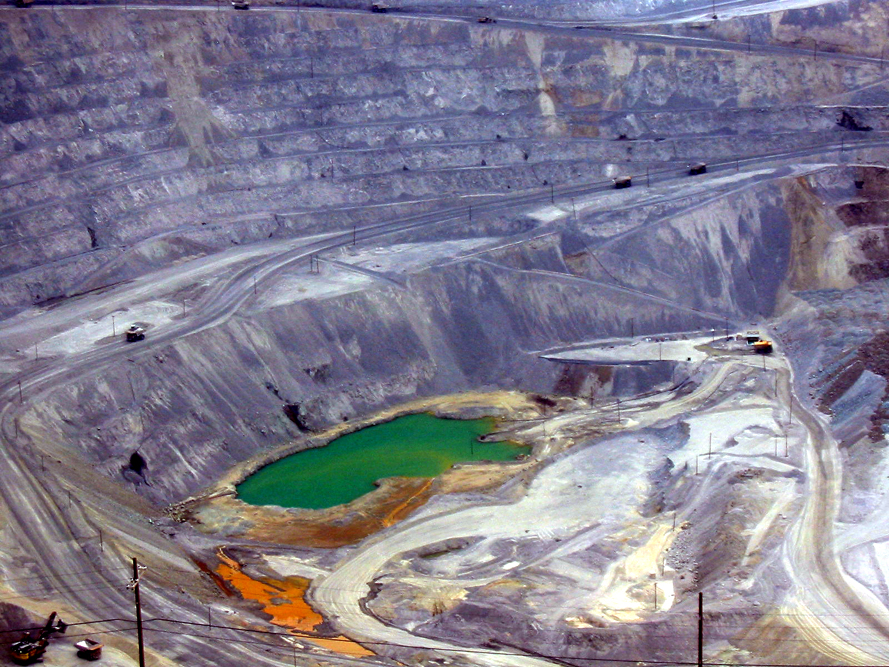 The Wendover Residence Program enables artists to contribute to interpretations of the land surrounding Wendover. Applications are accepted by CLUI year-round and are open to anyone with a desire to investigate the landscape of the region. If accepted as a Resident (acceptance is highly competitive), it is expected that original work be created that can then be exhibited at the Wendover Exhibit Hall, and possibly used in other CLUI exhibits or publications.

A scan of CLUI’s website shows a partial list of participants, international in scope. Local author and photographer Richard Menzies was a resident in 1999, while German artist and researcher Piet Trantel was a resident at Wendover in 2001. Available to artists is The Remote Location, a 40 acre piece of land 40 miles north of Wendover. The land is unique in its varied topography, as well as its provenance, being the first Utah property purchased by Robert Smithson and Nancy Holt. Sun Tunnels resides due north of this property. 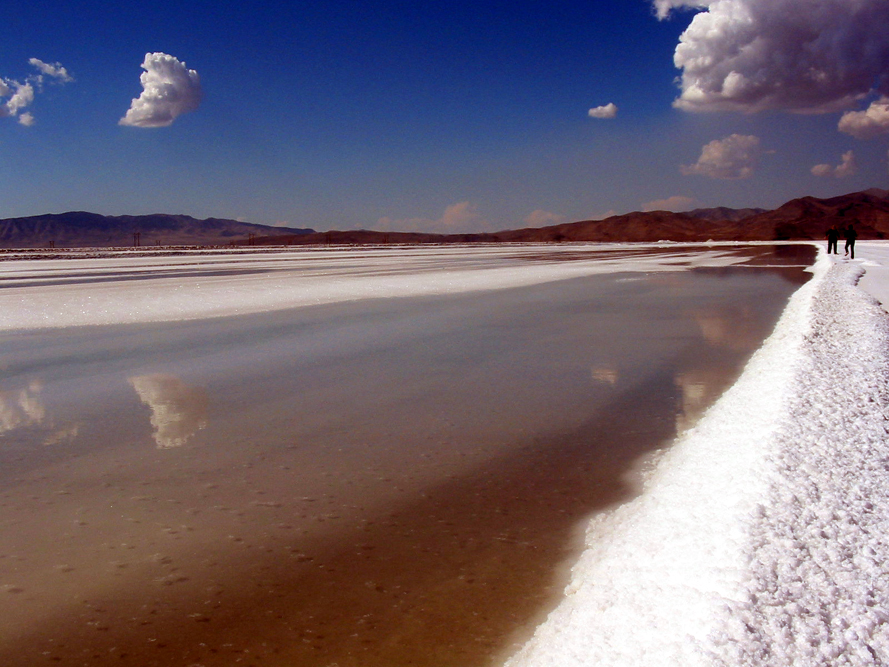 Perception, like seeing that desert cactus for the first time, changes things. Putting monuments in the context of land use and art, we drove by bus during that trip in 2004 from Wendover to Salt Lake City and saw monuments in an orderly fashion from west to east. Beginning with Bonneville Speedway, hotspot of the film industry, and fastest road in the country. Past Karl Momen’s roadside sculpture Tree of Utah. To the Envirocare Center, a nuclear waste dump whose name is now synonymous with the Utah Jazz basketball team. To the Cargill Salt facility, one of three major salt operations on the lake, that, along with the magnesium company, maintain around 100,000 acres of salt evaporation and concentration ponds. Past the Kennecott Copper Smelter to Bingham Cooper Pit, “the biggest hole on earth.” And finally, to Saltair, or rather, Saltair III, since the first two incarnations failed to survive fire and human destruction. With each stop, I felt more bewildered at having lived in Utah for so long, and having never seen these monuments from the highway.

With their curiosities and focus on the land, CLUI continues inquiries into art along the lineage begun with Robert Smithson. Inquires into the land become exhibits, CLUI staff and volunteers organize bus tours, then write about them, a la Smithson’s groundbreaking 1967 article “A Tour of the Monuments of Passaic, New Jersey.” Through their Wendover Complex, artists and visitors alike are given the opportunity to experience the sublime of the west – the awe-inspiring, the horrible, the magnificent, that can be seen – truly seen – between here and Wendover and points between. 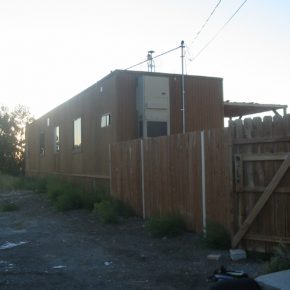 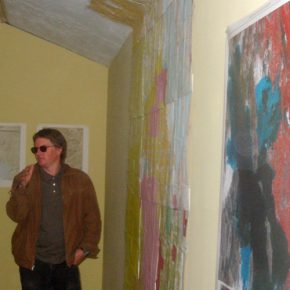 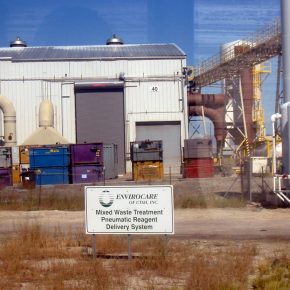