It was a dark, stormy, mid-November Tuesday. A young boy, whose voice was only weeks away from the first crack, walked down a sidewalk made uneven from pushing tree roots. A rumble came from his right, it’s thunderous cacophony struck the boy’s bones like a hammer. His throat barely hit his stomach when the Beast attacked. Bellowing with fury, the Beast’s terrible claws swiped just above the boy’s head as he reacted. The Beast and the boy locked eyes, black as night clashing against the chestnut brown, with a hint of green. Fleshy noses twitched. Snarls echoed. The Nathanael-Opossum War began.

The war raged through the years, following Nathanael through school. In his desperation to follow the opossum-less path of his elder brother, Nathanael sought refuge in his exemplar’s field, art. Although utterly talentless, Nathanael hid from the Opossum in the art room, and obtained some proficiency, allowing him to purchase refuge. The teacher’s pity for the pimple ridden teenager motivated the assignment to study Rembrandt’s etchings. In one rapturous afternoon, the art gods mercifully allowed Nathanael to glimpse the mountain top of his salvation. If he was faithful and diligent, art would lead to victory over the dreadful Opossum.

Nathanael’s victories have been slow, but steady. His favored tactics have led him to be a printmaker. He drove a successful campaign through the University of Utah, has won victories at Miri Gallery, Springville Museum of Art, Kimball Art Center, South Cobb Art Alliance in Austell, GA, and the Harnett Museum at the University of Richmond. His current refuge is at the local community print shop, Saltgrass Printmakers.

Artist Statement
Personal narrative is a psychological tool we use to assign significance to transformative moments in our lives. Whether they are minute, specific events or gradual changes arcing over decades, we consistently craft stories to make sense of our lives. I examine the personal narrative process in my art by blending classic and contemporary printmaking techniques to explore how the synthesis of cultural history and individual experiences shape our personal narratives. I use the natural world and cultural devices, such as literature, historical references, and myth as resources for the narrative construction. I blur the narrative’s objective reality and interpretation by collaging photographic imagery with physical marks. 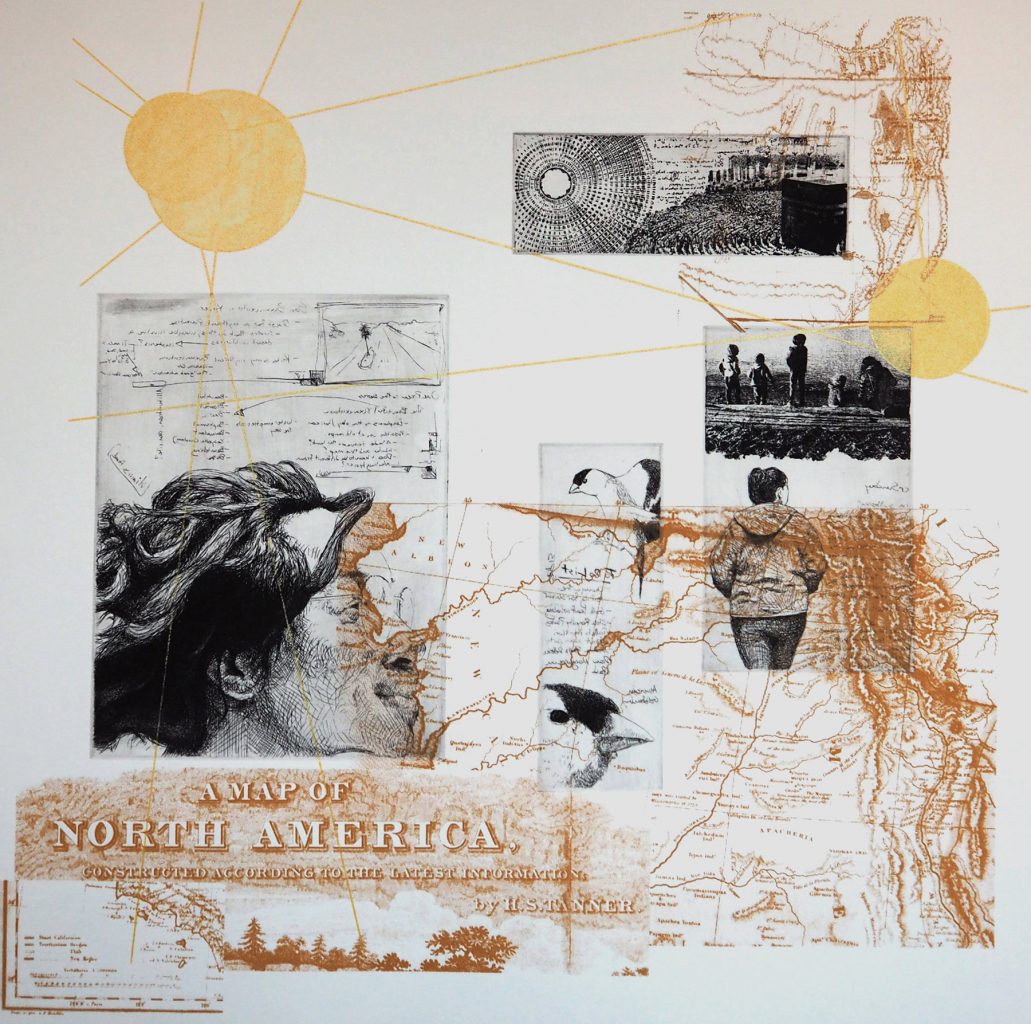