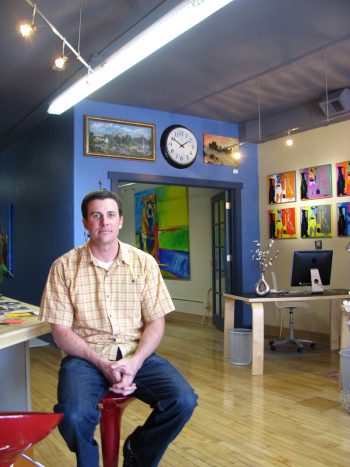 Nathan Wotkyns is gifted with a winning combination; he is an artist as well as an entrepreneur. The combination has resulted in a successful career as a photographer as well a wonderful addition to St. George’s gallery scene on the city’s historic Main Street. It all began with fly-fishing. After twelve summers of fly-fishing with his dad in Utah’s remote regions, Wotkyns says he realized “these areas were very special to me…I picked up a camera and started making photographs of the wildlife and landscapes I encountered.”

Wotkyns found there was a market for his photographs and at the encouragement of family and friends, opened his first gallery at age 25 during the 2005 St. George Art Festival. He says Twigs & Moore was the only other gallery at that time in the downtown area. He felt that Main Street was a prime location for a gallery and waited a year for the space to finally become available and called his gallery “Wide Angle Art.” It would be a year before he could afford to remodel the space. The gallery is now very trendy, although at home with the historic building features.

Wotkyns still loves to fly-fish, and considers himself an expert, but he finds less time for casting. Now twenty-nine he still operates the gallery and has also opened a print shop next door called “Print-it.” Here he specializes in art reproductions/scanning, fine art printing, photo printing, and Photoshop work as well as some framing. He also provides an “open format” gallery at the front of his print shop where any artist who wishes may display their art. This month Jeff Ham’s bright impressions adorn the walls of the shop, bringing in a stream of downtown strollers. Work from other local artists and art students from Dixie State College may be enjoyed this month as well. 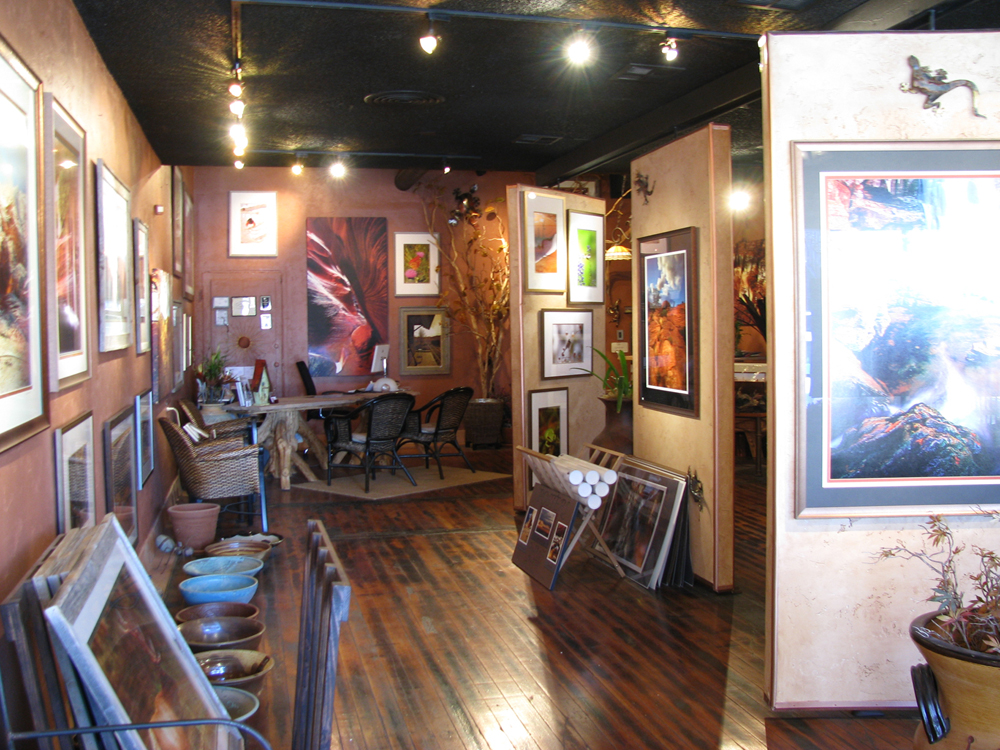 Wotkyns attended business school at Dixie State College, but found his job in real estate lacking. It was then that he made the bold move into the art world. Nathan says he is “self-taught”; he learned mostly from reading books on photography and “taking tons of photographs.” Between making new photographs and finding new locations to photograph, he says, it is a “never-ending learning experience.” He mentions a long list of famous photographers who have influenced his work, but his favorites are Frans Lanting, Ansel Adams, and Edward Weston. He has led informal workshops with small groups of friends and acquaintances.

Wotkyns has maintained a steady clientele. Many of his sales are from existing clients. Gary Mann, a frequent visitor from Las Vegas, says, “Wotkyns has an artist’s eye not only for choosing the best scenic locations to portray, but also for selecting the perfect time of day and the right weather conditions for each of his masterpieces.” Kathy Cieslewicz, Curator of the Sears Gallery at Dixie State College, lists him as one of the “lesser-known, but great young artists of the area.” Wotkyns uses a range of equipment and techniques to achieve “the type of feeling and style I want in a photograph… Just as in any other form of art the artist uses tools and techniques to create his/her vision…I use different film types, filters, dodging and burning, color filtration as tools to convey the feeling I had when I captured the image.” He maintains state-of-the-art equipment to produce the final piece from “concept to presentation”. Wotkyn’s bright and clean colors on mural-sized panels are almost a trademark. He has carried the bright colors throughout his gallery and print shop, making them warm and inviting spaces. 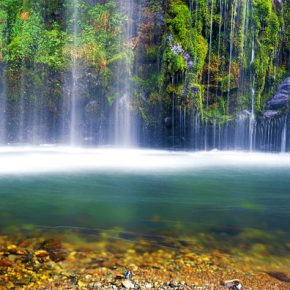 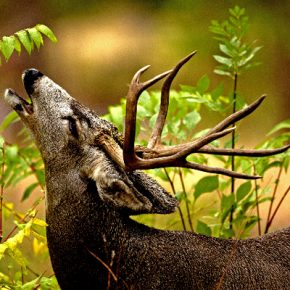 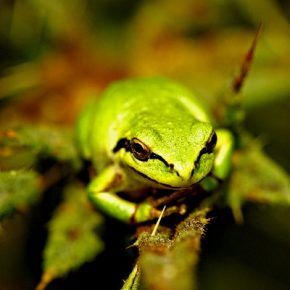 When asked how the current market has affected him, Wotkyns says that there was a definite downturn in the last six to eight months, and “several important galleries such as the Mariposa have shut down,” but there is increased activity now. When asked about his success he says, “I am affordable—you can’t price yourself out of the market.” Although critics have told him he would do better in Jackson Hole or Park City, he feels St. George has the aptitude to become an art destination. “The St. George area has many great artists and some of the brightest and most talented people in the country—there is no reason we couldn’t eventually compete with a Sedona, or a Jackson Hole.” He would like to see a monthly “Gallery Stroll” as has been successful in Salt Lake, but expand it by opening up the streets to Dixie College art students and local artists. He would also like to see more workshops by local artists. He lists successful gallery owners; Jane Jubler, Vicki Baldwin, and Craig Fetzer, who would also invite growth to the St. George art community, including a community arts center, and/or studio spaces. He explains that the art community needs to come together for the good of all artists. “More artists and more galleries doesn’t necessarily equal more competition,” he says. “It could put us on the map if we encourage growth.”

I asked Nathan where he would like to be in five years. He says he would like to open additional galleries, but he is most excited about becoming more involved in art organizations/associations in St. George and promoting the Arts in this area. Oh, yes, and he wants to “get out in the field, shooting.” Many of the areas Wotkyns photographs are very fragile. He would like his photographs to encourage others to understand and respect these wilderness areas. “The Wave in Paria Canyon has become such a problem that you can’t get in there without a permit—a small group trashes these areas so the parks service must limit their use. I’ve always respected the land and hope that in some way my photographs help us to remember these places need to be protected for all of us to enjoy!”