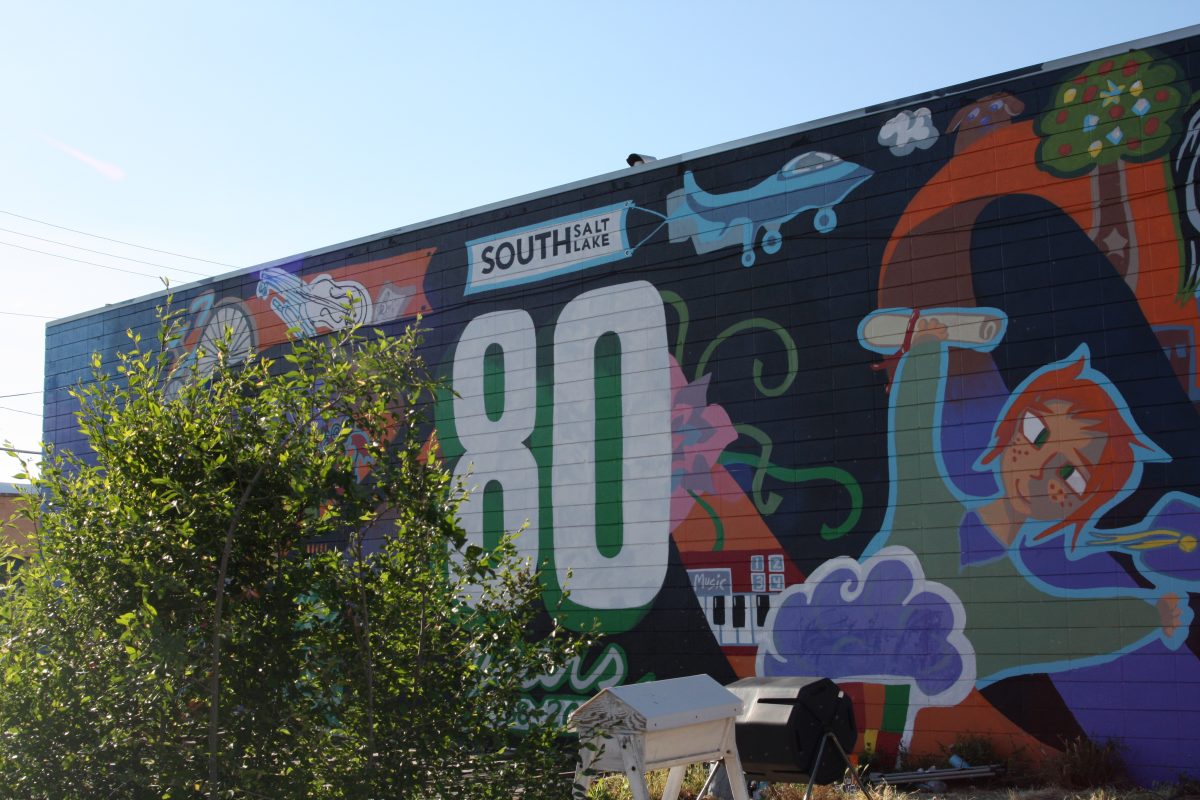 Roger Whiting, another muralist who worked on the Mr. Muffler building during the 2018 Mural Fest in South Salt Lake, engaged 65 students in South Salt Lake community after-school programs to design and paint a mural. It was a feat that was empowering for both Whiting and the students he worked with. By designing and creating the mural with Whiting, the students in the programs had the means to narrate and express their own experiences and ideas.

“The city wanted me to do something for the 80-year anniversary of the city. So with one of the programs, we talked about the history of the city. You can see this ribbon that represents a timeline of the city—at the end of the ribbon, the robot kills us all, except this one survivor lady that hopped in at the last second. The other after-school group talked about celebrations, so we have the flower, the birthday cake, and some fireworks at the very end. One kid painted a character from her YouTube channel. She was just over-the-moon to see it seemingly a million feet tall on the wall,” says Whiting. 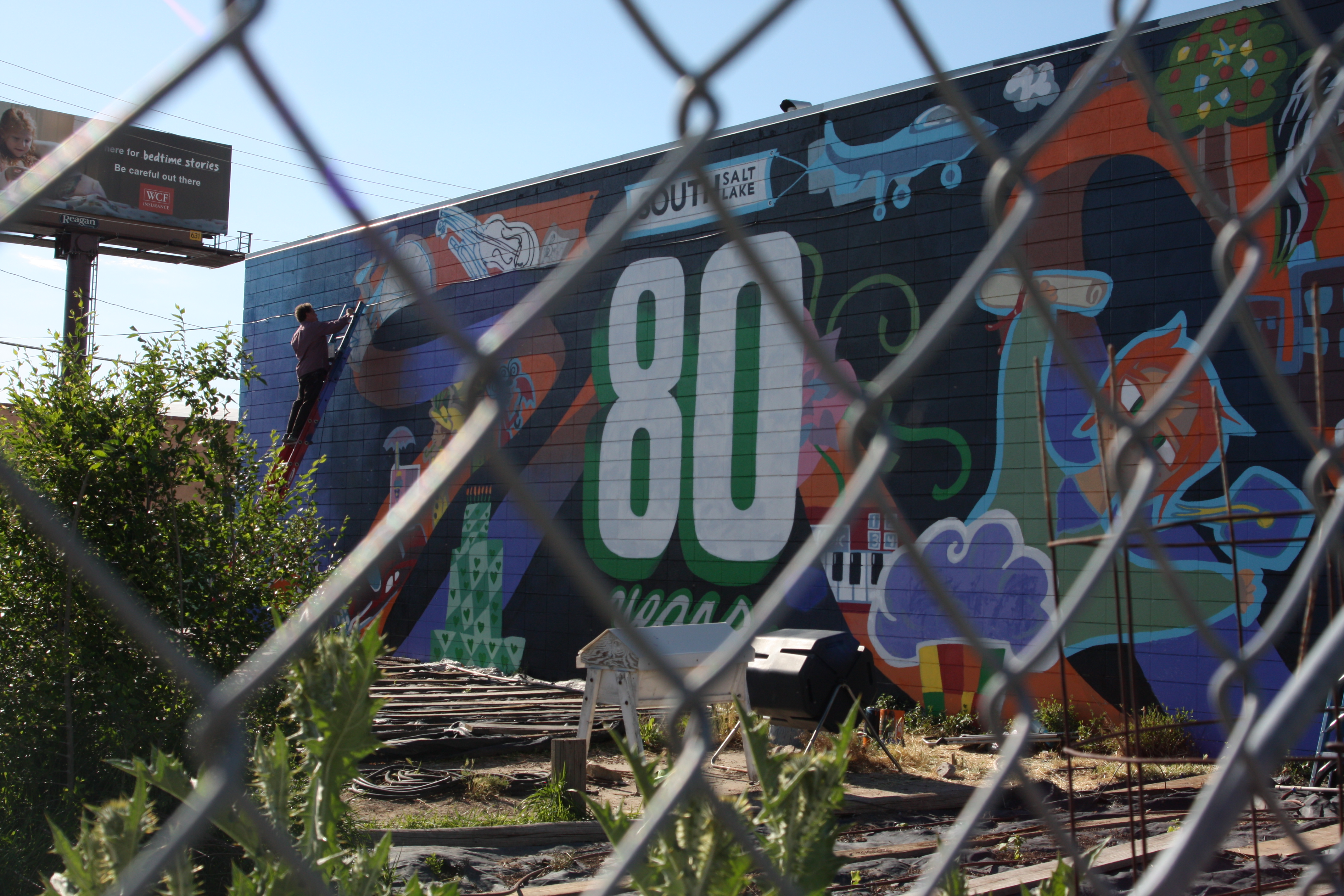