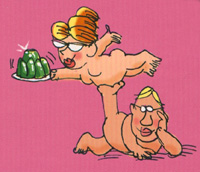 Since 15 Bytes comes out monthly, we tend to find ourselves talking about large scale and durable works of art, like architecture, sculpture, and painting. More ephemeral genres, like video and performance, can be hard or even impossible for readers to see and so are less satisfying to discuss. Yet the continuing impact of something like the 337 Project (an entire building that was turned into art before being demolished) argues that gone is not only not forgotten, it’s no bar to influence beyond what many more permanent works may wield.

All this is more reason why 15 Bytes is important: important for us to research and publish and important for everyone to check with regularly (and support). A case in point is the sort of event that will take place on Friday, November 20th, during Gallery Stroll, but not in what most of the publications that promote gallery events would put at the top of their recommendations. But at 15 Bytes we’re preparing to take a look in December at some of Salt Lake’s dependable-but-less-celebrated art venues: the independent bookstores. And so we inevitably stumbled across this miss-at-your-risk event: Quoting from the press material, “Ken Sanders Rare Books is pleased to announce a special Holidays party hosted by cartoonist Pat Bagley and Sister Dottie S. Dixon, collaborators on the new, revised version of ‘The Mormon Kama Sutra,’ at our downtown bookstore and gallery. An instant LDS classic when it first came on the scene in the early ‘70s, ‘The Mormon Kama Sutra’ was a boon to a generation of newlyweds grappling with the concept of inserting tab A into slot B. While (it has never been) totally out of print, Sister Dottie S. Dixon, along with artist Pat Bagley, have endeavored to update this wonderful work and marvel creating the 40th anniversary edition, revised and edited for latter-day 21st century sensibilities.

“The event will feature a reading and slideshow highlighting, or shall we say exposing, the finer points of the book. In addition, it will feature a giveaway for free tickets to the reprise performance of Sister Dottie’s play in January, live music by The Joshua Payne Orchestra, as well as refreshments including Sister Dottie’s world-famous casseroles. This event is free and open to the public.”

To this we can only add that there are those of us who seriously (!) consider the cartoon to be the great art form of the 20th century: the one that contributed the most to our common visual vocabulary, the one most likely to be remembered by future historians of art. And while it’s said to be impossible to be recognized as a prophet in one’s home town, it’s just about the only place a satirist can find work.