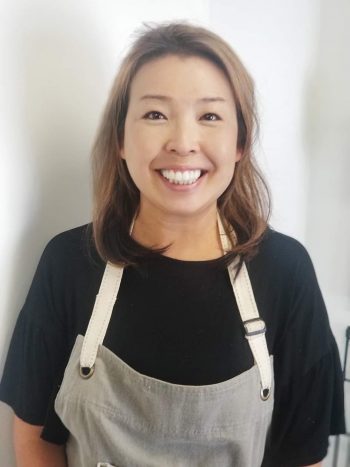 She calls herself a “graphic designer by trade and an oil painter by design.” Lucia Heffernan, a Taiwan native who graduated from Binghamton University in Fine Arts and Design, created an award-winning creative design agency before moving to Utah in 2000 to concentrate on painting. She experiments with different styles of contemporary realism, exploring her personal sensibilities and techniques.
The constant is her love and respect for animals. “I seek to give animals a voice and a personality, while making light of our uniquely human existence,” she says. Her anthropomorphized creatures are intricately rendered in situations that range from the mundane to the monumental: a domestic tabby cat portrays itself in a self-portrait as a tiger, in one work; in another, a mature cardinal uses a blackboard to explain to a trio of chicks how to avoid flying into a window; and in a third, a T-Rex takes a selfie while a giant meteor streaks across the sky in the background. “I stage tableaus that shine a spotlight on both their innocence and raw instinct. This collision between animal and human sensibilities creates a whimsical, theatrical, and often humorous world that viewers can relate to on an emotional level.”
In 2019, Heffernan won two gallery awards at the 14th-annual Art Renewal Center (ARC) Salon in New York City. The first of her awarded shows was in October at Haynes Galleries in Nashville. The second, at Rehs Contemporary in New York, is a bird-themed exhibit that opens May 8th.
Right now on her easle is a just-finished chicken for the New York show. “I typically draw my ideas as sketches; if it works, then I go out to look for models,” she says of her process. “Sometimes I take my own photos, sometimes I use stock images online.  Each painting is made up from 30 to 100 images. I combine them up in Photoshop; then it becomes my reference photo that I use to draw on canvas.” 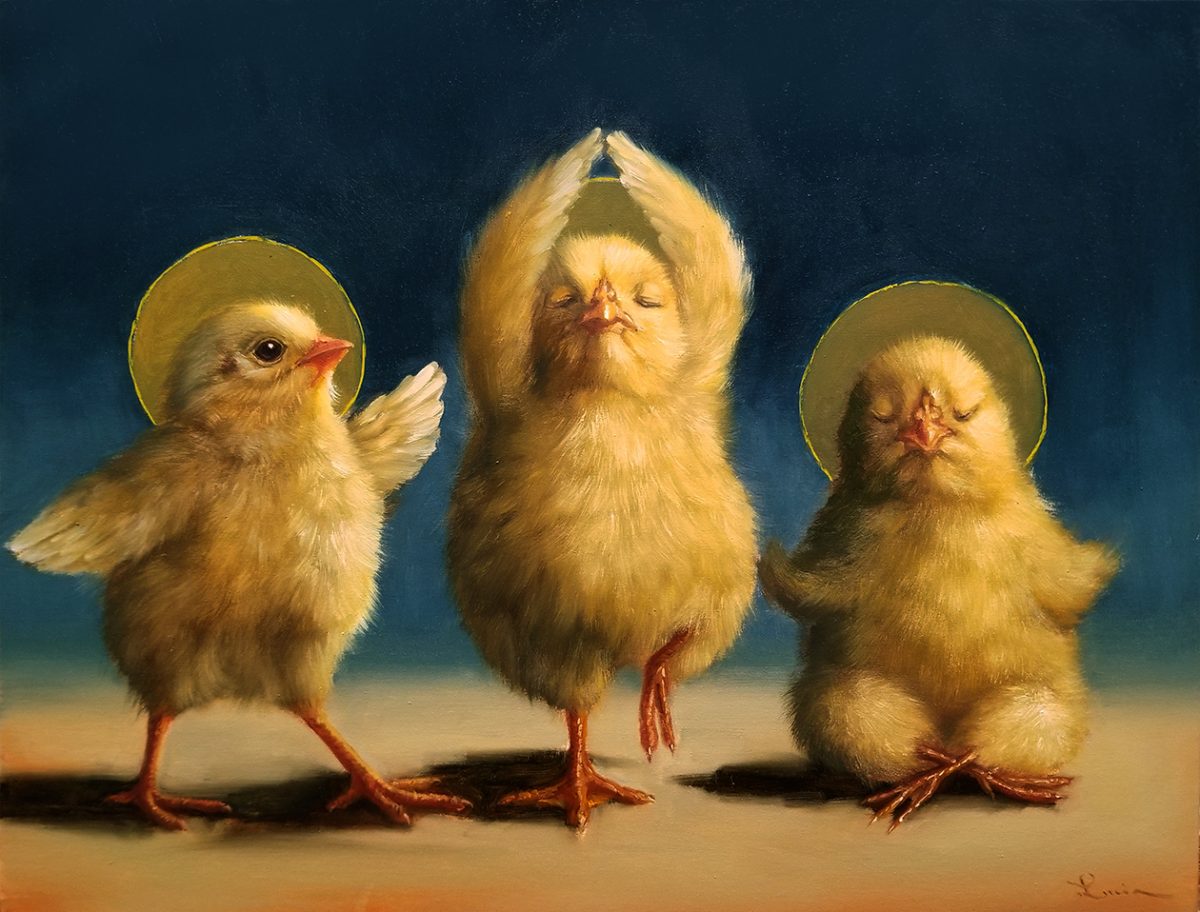 Locals will have plenty of opportunities to see Heffernan’s work in Utah: at Alpine Art’s 20/20 show, Feb. 21 – Mar. 19; the Art & Soup Celebration March 26 & 27; and at a two-person exhibit at Salt Lake City’s 15th Street Gallery opening August 14.
You can also see her work at Copro Gallery’s space at the Los Angeles Convention Center Feb. 5-9. And online at: