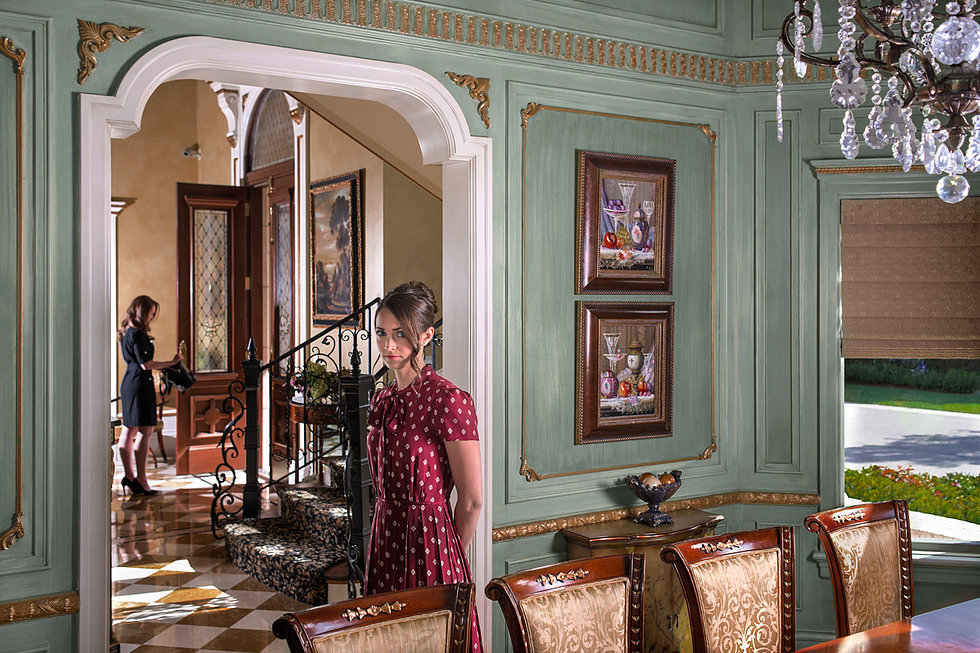 Adam Watkins’ photography is strangely hypnotic. Using ornate settings, theater-like props, and bright colors, his images are given a life of their own, creating scenes he describes as “paradoxes of hyper-reality and the empathic tissue of the photographic narrative.” Watkins even admits to sometimes becoming entranced by his own work, abashedly stating, “I really enjoy looking at my own work. I hope that doesn’t seem too conceited.” Watkins is certainly not the only one to find his images intriguing. The complexity and hypersensitivity of his images are certainly difficult to look away from. They are surreal, vacant, haunting, and consuming, but also strikingly realistic, vulnerable, and intimate.

Watkins views photography primarily as experimentation. He explores what photography is as a medium and how it is used and how elements of color vibrancy, model engagement, and familiar setting can ultimately change the viewer’s relationship to the image. His process is laborious, including a lengthy preproduction planning and meditating, hundreds of photographs taken during his photoshoots, and up to 50 hours in postproduction color and composition editing. Even in his extensive editing, Watkins believes a photograph is not finished once it is printed. “A photograph isn’t really complete for me until it is up on a wall and people are interacting with it,” Watkins explains. Despite the importance of interaction in the completion of his work, Watkins does his best to not let viewer reactions affect his later photographs. “As soon as I start making photography for other people rather than myself, I stop enjoying it. Those are the photographs that are the most unsuccessful,” he says.

Possibly the most striking of his photographs in the exhibit currently on view in the Underground Gallery of the Bountiful Davis Art Center are “Arcanum” and “Meat,” both of which feature one of Watkins’ favorite models — Lindi McMullin, a sign-language interpreter at the University of Utah. Watkins, who works as a photography instructor for the U of U, chanced upon her on campus. “I actually met her while she was interpreting for a student in one of my classes,” says Watkins. “She has such an interesting quality to how she looks at the camera. A very dissociative gaze. She’s in the moment, but not really inhabiting it. I asked if she would model for my photography and she agreed.”

The way Watkins captures his subject’s distant gaze makes his photography all the more fascinating. “Arcanum” in particular conveys a disconnected feeling, the model featured in the dining room of a finely decorated mansion looking at the camera. Behind her stands another female figure in the entryway, searching through her purse. The two women create an intriguing dichotomy, the foreground figure clad in a maroon, polka-dot dress, simple and house worthy. The second woman seems on her way out, clad in a tight black dress and stilletos. Each woman inhabits her own space with no interaction or inclusion of the other. Perhaps they are the same woman, at different stages of life or day; or perhaps a wife aware of her husband’s lover, a mother and daughter, or many other narratives that could fit the photograph. The colors are over- exaggerated and vibrant, the blue of McMullin’s eyes, the gold of the fillagried dining room, and the phenomenally rich red of her dress compete for the eye’s attention. Watkins’ photography is cinematic, causing the viewer to wonder if they have seen this same scene in a movie or television show. It is this Cindy Shermanesque quality that makes Watkins’ photography so intense — reminding the viewer of a moment they have not experienced or seen.

Despite stylistic and dissociative similarities with Sherman, Watkins’ core philosophy behind his photography is very different. “To me, my subjects are aware of deity. There’s an omnipresent being behind the camera, present but not interacting with the subjects,” he states. “The Two of Us” portrays this idea clearly, depicting a man, apparently alone, kneeling on the ground under a parking garage. Besides creating fascinating images, Watkins also hopes to capture the small, seemingly unimportant or unrecognized moments of life that happen to each of us daily. His photography is not so much about documenting the present, but the possibilities of the past —memories that he has experienced but that might also belong to another person.

Though Watkins’ photography is mesmerizing, the value in his art comes not only in the images themselves but also in the rich photographic tradition he follows. His work further complicates the notion of photography as actual, documented event, and instead exposes it as another means of manipulation. In his cinematic portrayals comes a deconstructed understanding of reality. His photographs seem to say that moments that have not happened, moments that are only possibilities, can be more powerful and important than actual events. 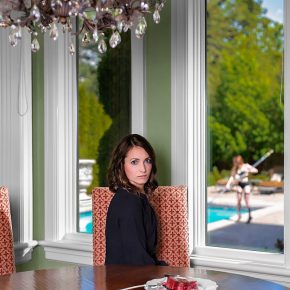 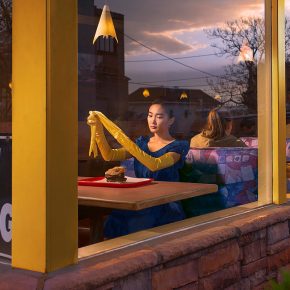 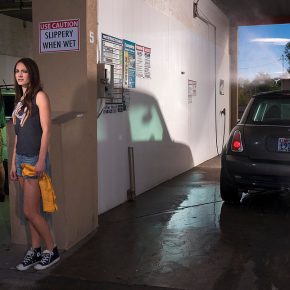