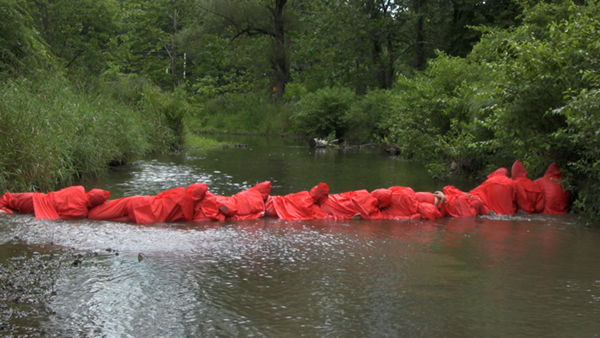 Utah Ties 2011 opens this Friday, along with exhibits by Murray Dwertman (above) and Greg Caldwell. You can catch a ride to the show on the CUAC pARTy Bus this Friday (see the Trib article below for more details).

RECENT MIXED MEDIA ARTICLES
3/2 Behind the Camera: Three photographers found their niche while exploring the bounds of adventure.
http://www.sltrib.com/sltrib/home/51330929-76/markewitz-athletes-beyer-mountain.html.csp

3/3 Spiral Jetty: Building an artistic masterpiece for the ages. It was the unlikely partnership between a Utah contractor and a NYC maverick that put 7,000 tons of basalt on the map for a new wave of artists.
http://www.sltrib.com/sltrib/entertainment/51297857-81/smithson-phillips-jetty-spiral.html.csp

3/6 Embracing art, onstage and off at the the Davis Center for the Performing Arts (DCPA)
There’s still a week to experience the Bountiful/Davis Art Center’s “Celebration” invitational exhibit, currently on display in the lobby of the DCPA. The exhibit, featuring 22 well-known Utah artists, is an inaugural effort by the DCPA to collaborate with other local arts groups and open its doors to all kinds of arts.
http://www.clippertoday.com/view/full_story/12171241/article-Embracing-art–onstage-and-off?instance=lead_story_left_column