Over the past month, City Weekly has devoted two of its cover stories to exploring the art and architecture that defines (or hopes to define) our capitol city.

A month ago it was Stephen Dark’s cover story on the $3 million public art project in downtown Salt Lake City that didn’t quite make it.

While the arts council and the RDA have yet to agree on a timeline for a new call for entries, Belliveau notes the RDA, the arts council and the city now have time to explore what the street, the new plaza and walkway provide in terms of displaying art. “It’s so great that this opportunity is not just limited to that one commission,” he says. He hopes to see public-art investment, whether public or private, continue on Regent Street under the RDA’s watch for years to come… 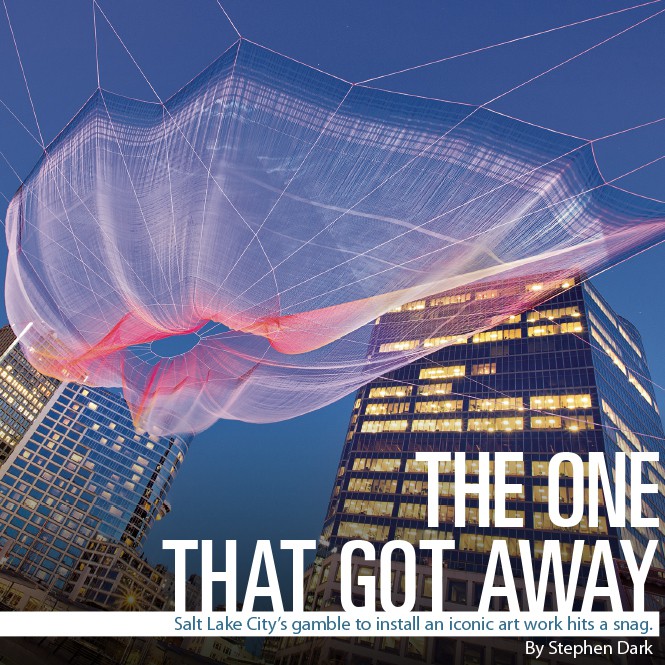 We need new symbols, new points of reference, that capture our current aspirations. The new courthouse attempts to do this. It says, in effect, that the future we seek will be governed by a humane rationality. It proposes a technological utopia—a society that harnesses technology to accomplish ethical as well as practical ends. And it affirms that the United States still promises utopia, albeit a different one than Jefferson imagined…

This week, you’ll also find Brian Staker’s review of the Nicholas Courdy exhibit that opens tonight at the Utah Museum of Contemporary Art.