Minimalist to Mysterious: The Naminghas at Modern West Fine Art 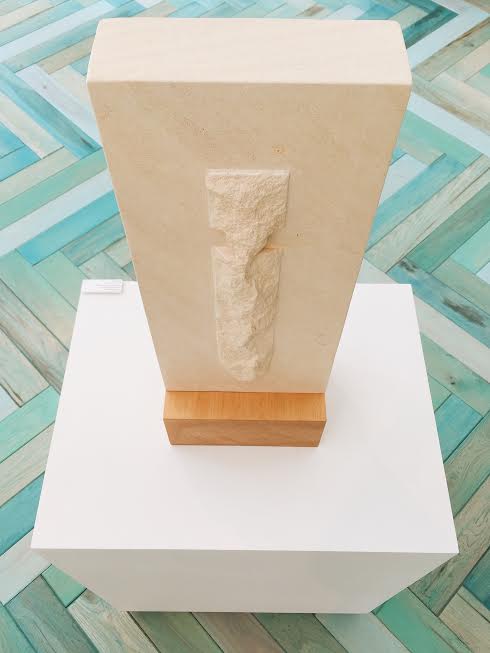 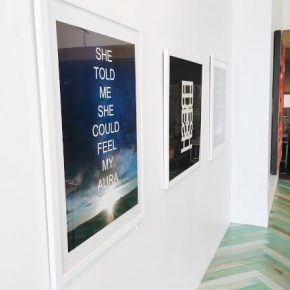 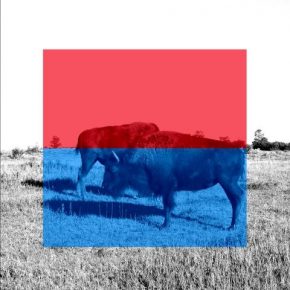 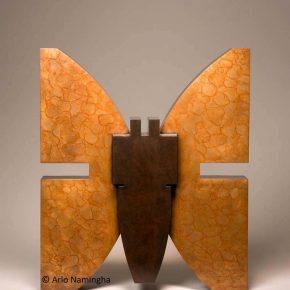 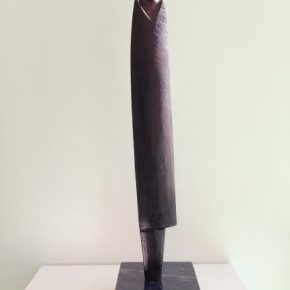 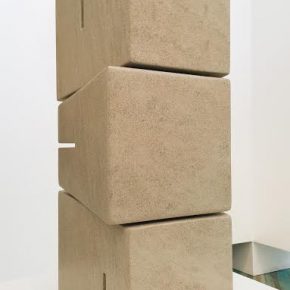 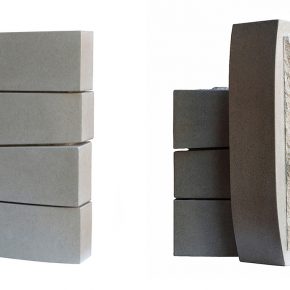 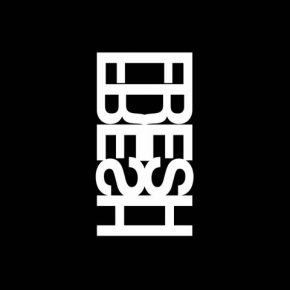 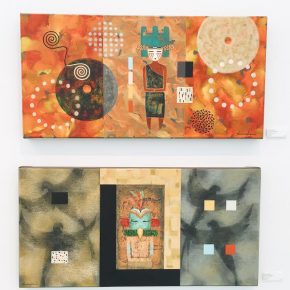 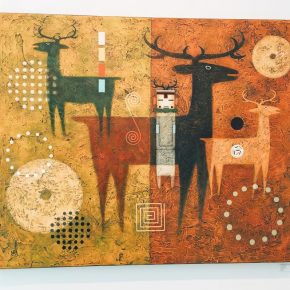 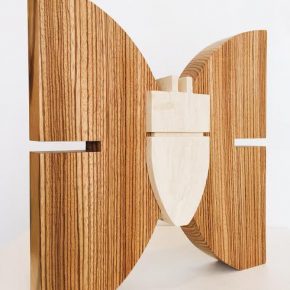 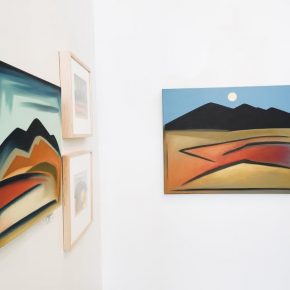 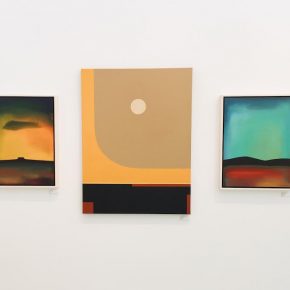 A beguiling minimalist interpretation of a full moon hanging over a New Mexico mesa, kachina butterfly sculptures with a Henry Moore sensibility, edgy digital signage that says things along the lines of “His Breath Smelled Like Guacamole and Tequila” —how can you possibly miss this generational show of Hopi artists at Modern West Fine Art? It may be the best thing they’ve presented since John Vehar. Well, there was Jann Haworth . . . “best” is always such a relative term, isn’t it?

Still, this one is special.

Well-known contemporary sculptor Arlo Namingha, 42, a sixth-generation artist in a very talented family, gave a brief talk during a private opening about his work as well as that of his internationally renowned artist and sculptor father, Dan, and his brother Michael, who works in the medium of digital inkjet images printed on canvas and paper. Historically, the family has been primarily ceramists: renowned Tewa-Hopi potter Nampeyo (1860-1942) was Arlo’s great-great grandmother. Great-grandmother Rachel Namingha (1903-1985) was also a well-known potter. His grandmother, noted potter and artist Dextra Quotskuyva Nampeyo, is still working.

His grandmother’s influence is apparent. Arlo earlier asked Shalee Cooper, now MWFA gallery manager, if she wanted to see his smallest sculpture. “He took the wedding ring off his wife, Nicole’s, hand, and stood it up – he made it after one of his grandmother’s pottery designs. Incredible,” she recalls.

Niman Fine Art, the family gallery in Santa Fe, has been in business for 25 years, and Arlo ran it for 10, until Nicole came along and was willing to take over. “That enabled me to go into the studio and make a mess full time,” Arlo jokes. “Which I love.” His works are primarily three-dimensional: stone, wood and bronze. “I do both cast bronze – and then this one here is a fabricated piece where the bronze comes in sheets of metal.”

The “Butterfly” he’s pointing to involves positive and negative space: “these halves here are kachina faces,” he says. “A lot of my pieces are very contemporary but you will find elements of our culture.” Lately he has been working on interactive pieces: “Windows and Doorways #1” allows the viewer to be involved in the composition, in how its pieces are shaped or stacked. There are two of these at MWFA. The one in the window is titled “Four Directions,” but you are not encouraged to do any rearranging — insurance, and all that.

Arlo walks me through the show and describes a few works in more detail. For “Ancestral Images #3,” he explains, he had to crack apart the stone, then come in with chisels and create the imagery off the texture. One of the images is again the butterfly, a Hopi symbol of peace.

It’s an image his father, Dan Namingha, also uses in a painting called “Hopi Montage #28.” Spoiler Alert: (Because sometimes it’s better just to look patiently.) Hung above a depiction of the parrot kachina (which refers to the idea of migration), the dense painting features the butterfly maiden, who wears feathers referencing the four cardinal directions, as well as a number of circular motifs: one refers to the Earth, another is a Hopi emergent symbol, the circle of dots is the sun, the dark multi-dot circle refers to the planting of seeds. There are references to water, too, and the canvas is split into three sections for the physical world, the spiritual world and the intermediary. The four blocks of color refer to the four cardinal directions, the multi-color wheel refers to above and below, and the gray multi-dots refer to a planting formation (“My great-grandfather used to plant in that particular pattern,” says Arlo). The spirals refer to the winter and summer solstice and also to coming from one place and ending up in another — “but you’re still connected, so your future is your past and your past your future,” Arlo explains. (Hope I got all that, but it perhaps gives you some understanding of the painting, and of another culture, a notably peaceful one.)

Now 65, Dan has been a professional artist for over 40 years. He both paints and sculpts – his Corn Maiden bronze is very appealing, her hair in the Hopi style that signifies she is unwed and doesn’t have children. Giacometti comes to mind in the slender flow of this lovely piece.

With his “Summer Moon,” Dan knew he had something unique. He asked that it be used on all the publicity materials for the show. The desert is rendered in swaths of color—ochre, orange, red and pea green—separated by bands of black with the moon a perfect yellow globe rising up over a black mesa: minimalist and truly a stunner.

Arlo recalls that David Thor Jonsson, a musician from Iceland, once came to visit in Santa Fe and composed a piece of music overnight, which he was urged to perform. Dan was quite taken with it and asked the title – it was called “Twilight,” perhaps on the spur of the moment, and inspired Dan’s “Twilight” series. Two of the canvases can be seen in the Modern West show; centered between them is a captivating hard-edge work, “Filtered Sun,” perhaps caused by pollution, perhaps by a creeping eclipse?

Dan’s youngest son, Michael Namingha, 37, studied at Parsons School of Design in New York where he also worked on projects for Hermes of Paris and Richardson Sadeki architecture firm. He even got involved in fashion design, Arlo says, which is when he went home to Santa Fe and joined the family business. He observes contemporary society and creates commentary, through a mix of imagery and words, on relationships and current culture. “She Told Me She Could Feel My Aura,” is one example. These are his “Santa Fe cliché pieces,” Arlo says with a laugh. Others are simple (but exceedingly complex) designs in black and white of “Yes,” “No,” and “Fresh” that arose from a stay in New York City. “He likes to play with words,” his brother observes.

The artistic line of the Namingha family, on display at Modern West, looks both ahead and behind (or above and below, as the Hopi might have it). Their artistic traditions stretch back generations, but are also heavily influenced by modernist and contemporary tendencies.