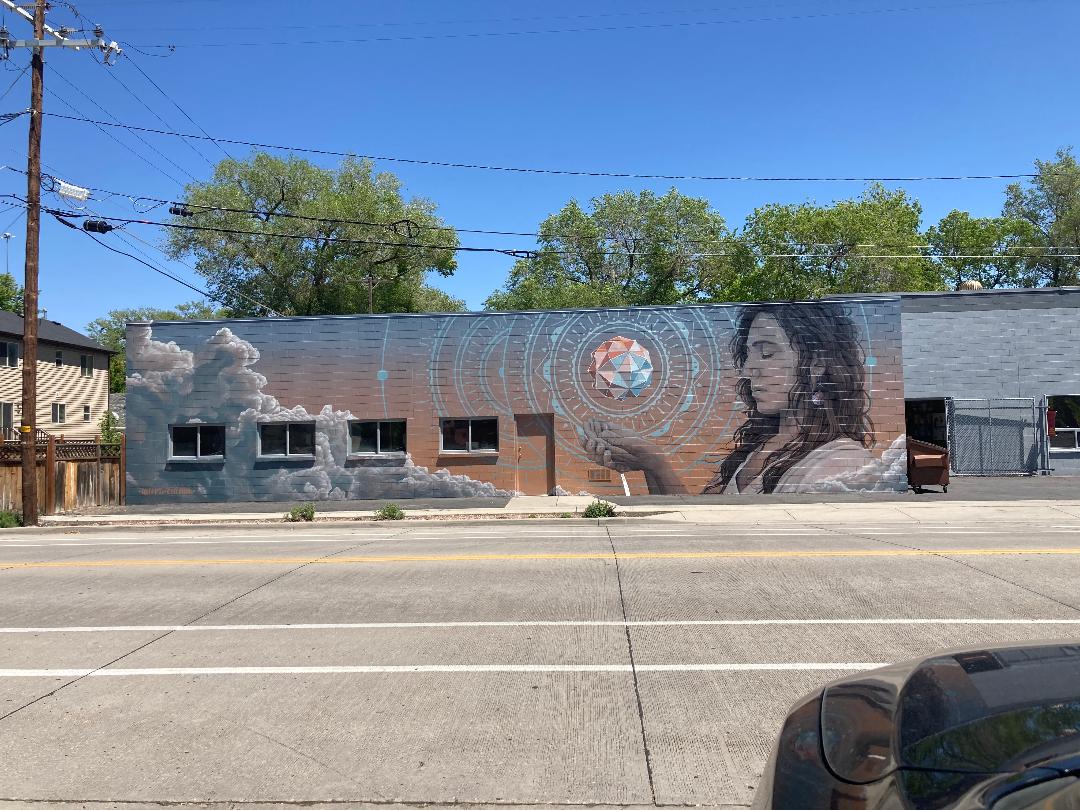 The pins on the CV map of Miles Toland’s career are as far flung as Mexico, India, Australia, France and Canada. This weekend he has added a pin in the City of South Salt Lake in Utah.

Toland grew up in the artistic incubator of Santa Fe, and earned a BFA at Cornish College of the Arts in Seattle. He says his works “capture the mysterious places we visit between sleeping and waking. He invites the viewer into this liminal space by blending familiar elements of our objective world with ethereal textures and geometric patterns.”

On his Instagram account, he writes that the mural is “about holding space for someone or something important to you. I wanted to make that unseen realm more visible and express the process of going inward.” 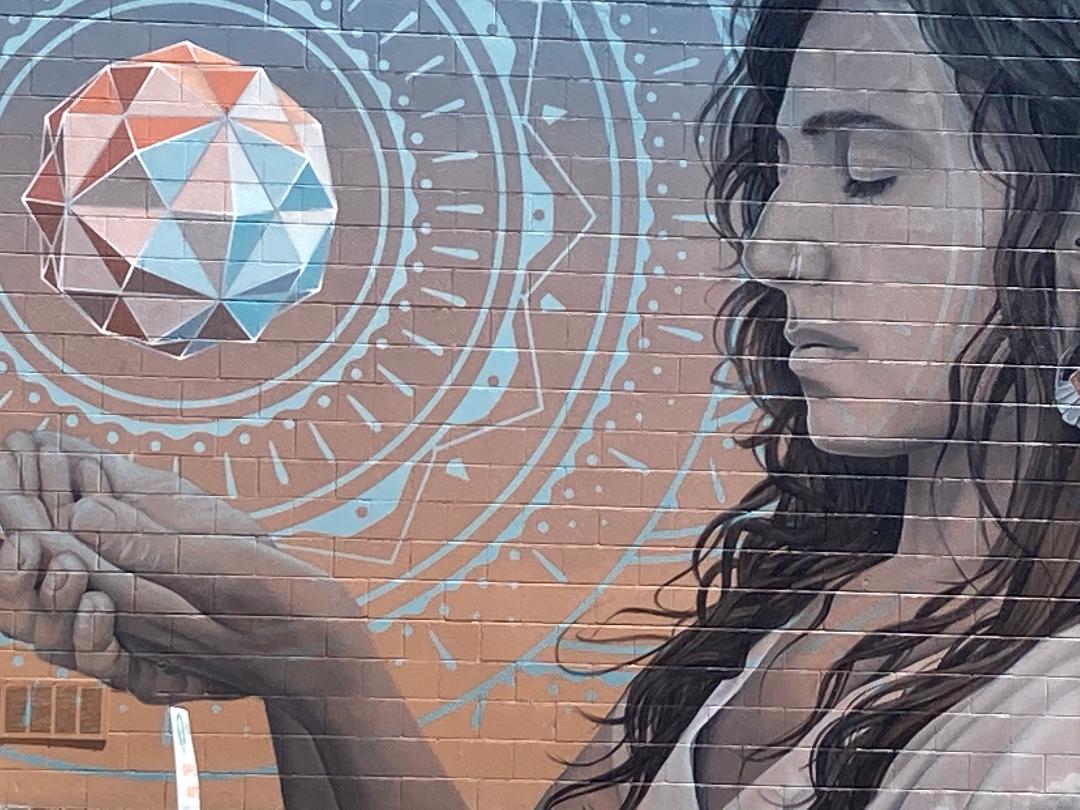