Michael Ondaatje at the City Library 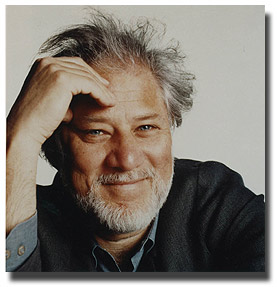 Not every novel that wins the Man Booker Prize—the annual award that over 40 years has become the world-wide benchmark of literary publishing—goes on to achieve wide notoriety, any more than every film that wins an Academy Award turns out to be a timeless masterpiece. One novel that, along with the movie made from it, won both awards and still looms large two decades after its publication is Michael Ondaatje’s The English Patient. This week, Salt Lake City will have the chance to see the film projected in a theatrical setting and to meet the author, who will appear twice: once to discuss his writing, and again to talk about the process of making a book into a film. It’s an opportunity no one who cares about these two important arts today should miss.

Fortunately, a few years after the film created a sensation, both author Michael Ondaatje and filmmaker Anthony Minghella recorded their recollections, recounting both their individual journeys and their collaboration in making The English Patient. Minghella died in 2008—an immeasurable loss—but left behind extensive conversations in which he details what he learned making the film. He had that rare ability in an artist—Michael Caine comes to mind as another artist gifted in this way—to distill his ideas into clear principles. His illuminate what each medium, words and film, does well or poorly and how artists in each can exploit the differences. The English Patient proves a particularly revealing example, since the novel was called impossible to film, and even the director considered the process one of “attrition”—by which he meant that right down to its completion and opening, the further they went the less possible it seemed they would succeed.

Broadly stated, the filmmaker viewed the challenge that faced him in this way: Ondaatje is a poet who, in this instance, successfully masquerades as a novelist. But where readers sense a story, what’s actually on the page is an anthology of vivid images, character-revealing moments, and emotionally plangent revelations. But where they should discover a passionate narrative drive, instead he found indifference to telling a story. Anyone who has read it will confirm that it is often difficult to say with absolute certainty just what happens. The story is told largely in flashbacks, which occur out of order and can be challenging to follow. A single example of the burden the novel placed on the filmmaker will have to suffice until the author himself takes the stage this week. In reading, a scent, a glimpse, a detail from a setting can stimulate the reader to supply the rest of the scene from memory or imagination. In film there are no such shortcuts. All the details necessary to build a scene, whether in the desert, at the social clubs of Cairo in the 30s, during the war in northern Italy in the 40s, or even hinted at in the interstices, must be carefully built up and layered to create the final effect.

Every avid reader has an opinion about the business of making books into movies. For a rare chance to get to know a writer’s thoughts about his books, and then to learn how he feels about how one of his children became the community property of a hundred artists, here are the places to be:

Main Library Auditorium
Sunday, March 27, anticipate and prepare by viewing The English Patient at
2 p.m. Ondaatje will not be present.

Wednesday, March 30, at 7 p.m. Ondaatje and Terry Tempest Williams will discuss the writing of the novel The English Patient and the subsequent making of the film.

Admission to all events if free.