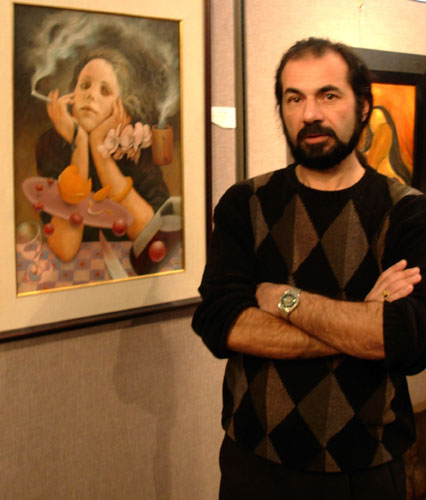 Contemporary Design and Art Gallery, located at 30 E. Broadway in Salt Lake City, opened its doors in December of 2004. Run by Michael Melik, known to some as the “Art Magnet,” the 1,500 square foot space specializes in art new to Salt Lake City, by international, national, regional and local artists. The art displays are changed at least once a month, providing a fresh look to the gallery. Featured artist exhibits are generally hung monthly in the front of the gallery.

Melik, born Mikhail Melikov in Baku, Azerbijan, U.S.S.R., discovered his passion for wood carving at age 12. “They kept taking away my carving wood in school, so I started carving the wooden desk tops, until they kicked me out of school,” proudly confesses Melik.

Artist, musician, songwriter, poet, designer, teacher, athlete, mountain climber, black-market art dealer, and now gallery owner, Melik has worn many hats during his adventurous and storied life. Melik eventually did go back to school and has earned several degrees, including a teaching degree in Philosophy and History, and a Masters degree in Art History.

Melik, his wife, and two-year old son immigrated to Moscow in 1988 as refugees from the ethnic conflict in Azerbaijan. “We had no home, no job, no money, so I did what any good refugee does and started a black-market business. I sold traditional Russian art and artifacts to tourists,” reveals Melik.

During his time in Moscow, Melik associated with many artists and belonged to an art “club” where non-state sponsored artists could come together and share their works. “Only trained artists with formal art education could exhibit their art work in Russia; abstract art was not allowed,” Melik explains. The repressive cultural atmosphere instilled in Melik the dream to one day have an art gallery where everyone could show his or her art.

The Melik family applied for immigration to the United States in 1989 and was sponsored by the Tolstoy Foundation, who determined the Melik family would relocate in Utah. At the time, Melik knew about 20 – 25 words of English, but no sentences.

In 1993 Melik got a job working for the F. Weixler Co. as a wood carver, restoration specialist and interior decorator. He has worked for Weixler ever since, and maintains full time employment there in addition to running his gallery.

Between 1993 and 2004, Melik entered his woodcarvings |2| in over twenty national and regional competitions and exhibits, winning numerous awards and prizes, from Grand Prize to Honorable Mention. In 2002, he won five First Place awards in five categories in a single competition. An exhibit of his miniatures sold out in Paris in 1988. “I sold all of those pieces for only $300.00, and the art dealer turned around and sold them for at least $10,000.00. I’m not that kind of dealer.”

Since opening the Contemporary Design and Art Gallery, Melik has not been able to pursue his wood carving work as much as before, and now produces mostly miniature carvings. He has also lost many furniture restoration commissions, which used to net him over $500.00 per week. “I have also lost most of my soccer match refereeing income because I don’t have as much time for it now. But I still referee Saturday and Sunday morning matches”, explains Melik.

“Yes, this gallery business has cost me a lot of time and money, but I don’t do it for money. I only need enough money to keep the gallery open. I want to bring new art to Utah, art not seen in other galleries. I want to show art by new and interesting young artists, and art by artists from foreign countries, now living in the U.S., because they bring new ideas and concepts”.

“I also like work by untrained artists because they are not carrying around their college professor’s ideas in their heads; they have their own ideas from their life experiences and are not afraid to express them. I also like urban art that is expressive of the artists cultural, social and economic conditions.” Looking around the gallery, the visitor sees that Melik is living his dream. There is art in many different media, styles and subject matter, by artists from around the world.

When asked about local reaction to the gallery, Melik says it has been very favorable, “People say we need a gallery like this here; it’s not boring.” Visitor reaction is usually, “’We didn’t expect to find a gallery like this in Salt Lake City’”, laughs Melik. “Older people like the diversity and variety of international and ethnic styles, and the wide range of ideas and concepts expressed.”

What is Melik’s plan for the future? “To try and maintain this direction for as long as possible” explains Melik. “Ideally, I would like to have two separate gallery spaces, one for the young emerging artists, and one for the more established and International artists. But that is not possible with this space, and financially it is not feasible to have two locations.”

When asked about the challenges of operating a gallery in Salt Lake City, Melik answers, “There has not been much media attention. Only Brian Staker from City Weekly has done an article. Staker called me the ‘Art Magnet’, and since then people have been calling for and coming in to see the ‘Art Magnet.’ That’s OK, I like being the ‘Art Magnet.’”

What does Melik have to say to Utah artists? “Come, bring your fresh ideas, you are welcome to exhibit here. If you have no place to show your art, bring it to the ‘Art Magnet.’”

Contemporary Design and Art Gallery, 30 E. Broadway, #105, Salt Lake City. UT 84111. Telephone, 801.364.0200.
The art displays are changed at least once a month, providing a fresh look to the gallery. Monthly featured artist exhibits are generally hung in the front of the gallery. In February, the Contemporary Design and Art Gallery will exhibit sculpture by Brian Challis |6|, creator of the John Stockton and Karl Malone sculptures for the Delta Center. This promises to be a dynamic exhibit of Challis’s abstract bronze works and should not be missed. The Opening will be Friday, February 3, 6 – 10 p.m. 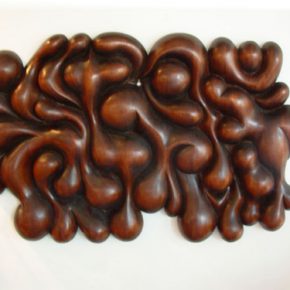 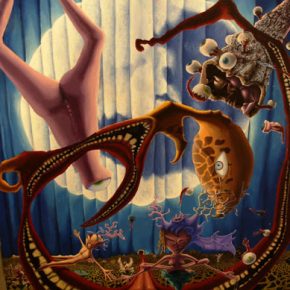 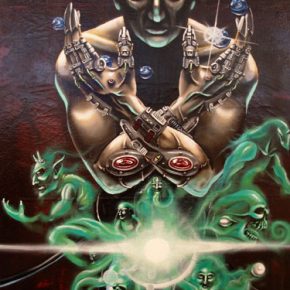 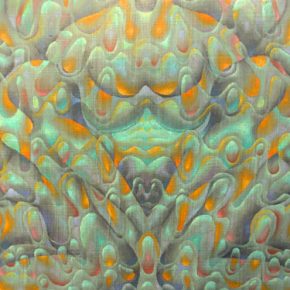 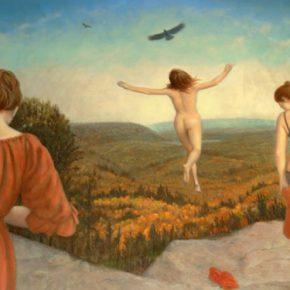 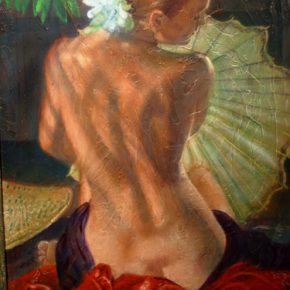