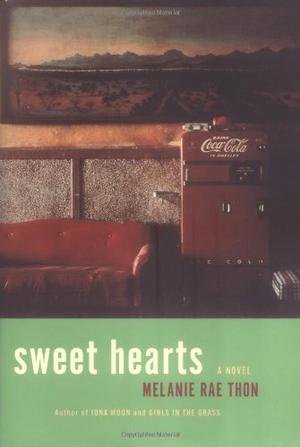 “There’s a group up in Salt Lake trying to start an arts magazine. I thought you might review our next show and we’ll pass it along to them.”

. . . and so it was that I first heard of 15 Bytes from Adam Bateman, then the director of the Central Utah Art Center. It was 2006, I’d been teaching Art History at Snow College for five years, and would learn only years later what “trying to start a magazine” meant: seeking over several years to find enough interested readers to make the work of producing a periodical worthwhile. That effort had finally succeeded just two years earlier. Since the year 2021 would mark two decades since that first effort, founding editor Shawn Rossiter suggested we commemorate the achievement by reviewing a book a month during 2021. The selected books were to be ones published in Utah before 15 Bytes launched, the idea being to recall what the Utah scene was like then. The first and last books both date from 2002; the rest were earlier. Most of the writers are still alive and even still publishing, but the ones we chose that were published before 2002 we chose because we wanted their first books, when possible, in hopes of getting that original feeling.

In Sweet Hearts, Melanie Rae Thon has written the most complex and challenging book of the twelve. Complex because she has densely stitched together five generations of the lives of the families she created, but also woven them into more than a century of eventful and unsettling Western history. And challenging not only because this is a history of relentless exploitation, marked by misadventure, injustice, and cruelty, but also because she refuses to shield herself or her readers from the true horror of the continuing conflict between the Native Americans who were driven from their lands again and again, and the interlopers from the east who always found, and continue to find, reasons why they still want to take for themselves even the desolate places they forced those defeated communities to take on.

The story begins near the present day — in other words, near its end, as it should. Other than scholars, who wants to tackle a biography of someone fascinating only to have it begin with their great, great, great grandparents? They only become interesting once we know something about their living descendants. In this case, they’re a pair of half-sisters born in the late 1950s. Marie, initially healthy but rendered deaf by a series of infections left untreated in a nation that has never seriously thought about universal health care, lives with her widowed father. She narrates the story, while the sons and daughter of her withdrawn half-sister, Frances, are its focus. Various events that marked them deeply, like the disappearance and probable suicide of their mother, Rina, in the internationally significant year 1968, reappear throughout the book. The book is relatively short, 230 pages, but it would take a strong will to get through it quickly. Fortunately, then, Thon, whose other works have leaned towards story-length novels, has divided this one into short chapters, many one or two pages, some of them all-but free standing, and the longest stretching to 20 pages.

Once we have a chance to meet and care about today’s generation, though, Thon begins to travel freely back and forth in time — like the Classical myths, wherein characters in seemingly remote tales turn out, on more total immersion, to be connected: in fact, parts of a seamless tapestry not unlike the night sky where so many of them can be found represented in constellations. And what culture can come closer? The tribal agents who died with Custer are related to those who killed them, and the victors of that overblown story are the victims, each in his or her own story, of decades of revenge that followed.

Marie says, “I want to tell you the truth. But the truth is not a house made of words, not a safe place with walls and ceilings. The truth is a wide field and a deep lake. Anybody can die here.” The pact between writer and reader should not be entered into lightly, nor misrepresented by a reviewer. After all, there are things in any book, especially one so deeply and deftly written, that a reader will never be able to forget. So with a caution, here’s a splinter from a chapter on the inverse of conservation that ruled the settling of the West — and let’s have no illusions here, still has the upper hand — which chapter is caustically titled “Instructions for Extinction.” This “Variation” concerns dealing with a bag of wolf pups:

… if you suspect wolves have killed your livestock, you may prefer more intimate methods. Take the bag to the river’s edge. Some find comfort or satisfaction drowning the pups one at a time. You may wish to feel them struggle.

Worse things happen in this brutally honest book … none of it invented by the author, though she has worked long hours of punishing research into her storytelling. Nor could a book so terrible in its beauty work for most readers unless there was some possibility, however faint, of transformation, even salvation in it. Here’s Earl, near the end of the novel, a man who has loved three wives who each, in turn, found themselves unable to live with him.

Sometimes, on Earl’s days off in July or August, Wanda invited him and his other wives and all their children to her house just off the reservation in Roscoe. He brings steaks for the women and himself, buffalo meat that he buys in Billings. He brings hot dogs for his daughters. Pauline roasts potatoes and corn in the coals, wraps them in foil and puts them down in the fire. Simone fries bread. At dusk, the three women lie on blankets, watching stars, waiting for meteors. They love one another, and this, he thinks, is a miracle.

This scene, along with the half-dozen children they are collectively raising, is the beginning of another book. That an author can imprint her readers’ minds with an entire book she didn’t go on to write, but they will create in their own imaginations, is also a miracle.