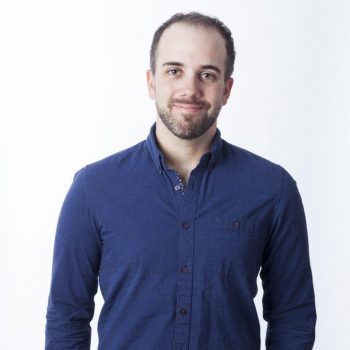 Utah’s Plan-B Theatre is set to debut playwright Matthew Greene’s newest work, “Good Standing,” in just a few weeks at the Rose Wagner. The play presents an intriguing perspective of a meaningful and complex issue, with a single actor, Austin Archer, representing multiple roles within a disciplinary council of the LDS Church. As theme and setting begin to unfold in the play, Greene’s script delivers this powerful line: “It’s too cold when I walk in. It always is, when men in suits are setting the temperature.”

Embodying both personal and widely relatable experience is the primary focus of this work, which addresses deep and complex questions for persons of any faith or philosophy in a warm, thought-provoking manner. The audience in many ways becomes participant as common but questionable ideologies are represented on stage. What makes this piece so special is the artist’s ability to represent a divisive subject in a way that is both engaging and emotionally charged, without being offensive.

“Good Standing” is just the latest of several projects that Greene has been working on over the past few years. He says he prefers the stage over other media for his writing because he loves the collaboration involved. “I write a script, then through working with the actors, directors, producers it becomes a play.”

Greene, who currently lives in Brooklyn, was raised LDS in California and has both lived and worked in Utah. One of his first opportunities as a playwright was working with Jerry Rapier, artistic director at Plan-B Theatre Company, in the company’s long-running SLAM series. His “Adam & Steve and the Empty Sea,” which played to sold-out audiences, premiered there in 2013.

Greene was a student at Brigham Young University during the Proposition 8 controversy, and the play explored what the debate on marriage equality did to two friends, one openly gay and the other actively Mormon. Though many associated Greene’s perspective with the latter character, he actually embodied both. Now an “out-and-proud gay man,” as he described himself in Q Salt Lake, he freely admits his own life was the inspiration for “Good Standing,” which he calls a “love letter to uncertainty and to complicated, problematic faith.”

“The Mormon church is not comfortable with uncertainty or gray area,” he says. “They love absolutes. As I get older I realize that easy answers don’t exist. The world is complicated and there are many things that don’t fit neatly. There is freedom when we embrace uncertainty that will always be there. Then we can really live and find joy.”

Greene faced his own church disciplinary council, a process in which a member of The Church of Jesus Christ of Latter-day Saints is required to meet with a dozen or more lay clergy to answer charges that he or she has deviated from the requirements of the faith.

“It is so interesting that many people refer to these disciplinary councils as a ‘loving, comforting journey,’” he remarks. “I found that is not necessarily the case. Some find comfort in a patriarchal organization, in being ‘taken care of’ by authority. Structure can be comforting until it turns against you. Then you might feel disenfranchised, and that you have no way to make your voice heard. That can be painful.”

Like the single actor who must embody several roles, Greene explores the dynamics of this difficult situation, able to empathize with perspectives from inside and from outside the culture. “This play is about how difficult and complicated life is, not about how awful the church can be. I don’t feel antagonistic toward church members. A lot of people that I really love are orthodox members of the church. Writing this play helps me to love them. It helps to bridge the gap.”