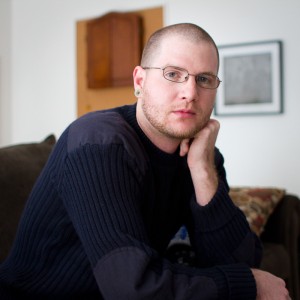 Matthew Allred’s interest in photography began with a simple science project: building a pinhole camera out of an oatmeal container. “Since then I was hooked. Seeing an image form in the developer after just pulling it straight out of an oatmeal box is unreal. I haven’t ever gotten tired of it.”

His most recent body of work, entitled Heliography, is a unique photographic process designed to capture exposures ranging from a day to half a year. He uses hand made cameras of his own design and chemistry he specifically formulates for the task. Allred states, “Designing a camera that can stay put and not deteriorate through the adversity of weather is more complicated then you think. It may use a simple hole for a lens, but I can tell you from personal experience, it’s a gamble that anything turns out at all.” Allred’s work has been shown nationally in several solo exhibitions.

The work I call Heliography is an examination of the extended length of the photographic moment, as well as the aesthetic possibilities of primitive cameras and chemical processes. I originally set out to build a camera that could look beyond the instant and immediate present. I wanted it to accumulate time, slowly, like a meditation on its own purpose. It was designed to continuously capture the landscape until even the sun distorted to trace an arc of time across the sky. Throughout the history of photography the emphasis has been on capturing ever smaller slices of time. My approach, however, shifts away from capturing the instant and focuses on describing the expansive motions of extended time.

The organic nature of film is well suited for this process because of its relative simplicity and flexibility. However, even after just a few moments of exposure to the intensity of the sun the material begins to deteriorate and is no longer suitable for conventional processing. In order to overcome this limitation I formulated specific chemistry to compensate for what would normally be considered a massive over exposure.

When I study these photos I feel as if I’ve stepped into the mausoleum of time, and the transitory nature of existence becomes painfully bare. It’s as if the image has somehow become untethered from reality, or perhaps the scene appears alien because it lacks the ubiquitous movement of people. Regardless, I sense my own insignificance and a visceral dejection when confronted by the grander patterning of the heavens and the idea that time itself will die with its last witness. 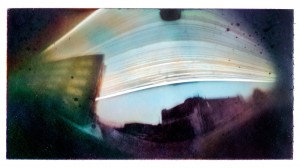 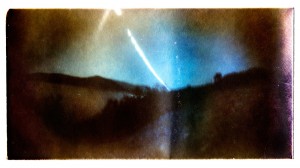 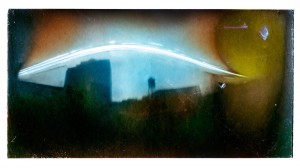 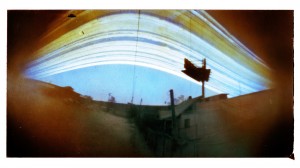 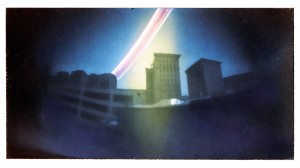