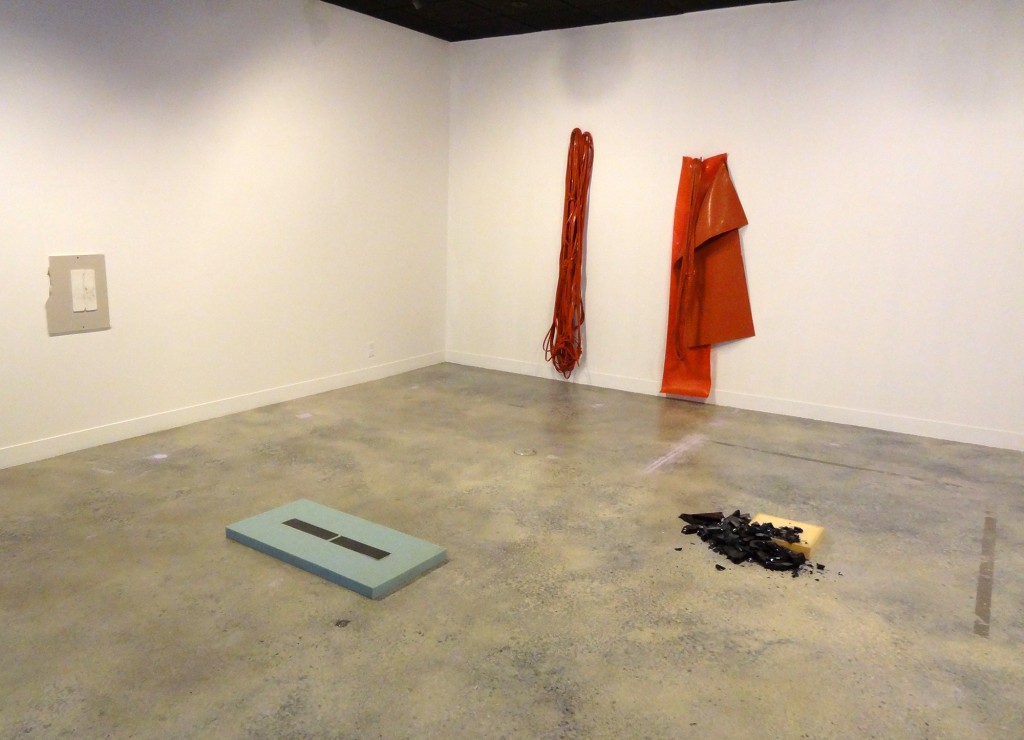 The right title can do a lot to empower an exhibition. The best name on a show in recent memory belongs to Lizze Määttälä’s exhibit in the Artists-Working-in-Utah gallery at UMOCA, which she calls Uphill / Both Ways. Of course the phrase isn’t original, having started life in mockery of those belittling parents who tell a child that, no matter how hard things seem now, it was much worse in the past: “I had to walk 8 miles to school and back, in the snow, uphill both ways.” Beneath the mirth, though, Määttälä discerns the mortal truth that no one escapes the physical limits of the material world, a haunting fact that lurks beneath the surface illusions that make life bearable. But what Määttälä wants to do is to bring her audience closer to that material reality, not only to reconcile with it, but to learn to love it. If she could present her artist’s statement in plain English, she might just borrow the words of author Philip K. Dick:

Reality is that which, when you stop believing in it, doesn’t go away.

For work that explores such weighty matter, Uphill/Both Ways displays an economy of means. To a casual observer, there are just four individual works in a corner of the space, two on the floor and one on each wall. Yet on closer study, that handful of objects is accompanied by seemingly accidental elements that extend the show into the building. Lines of dirt stuck to the floor by the adhesive residue of old tape, dots of violet spray paint, and the patinated surface of the concrete floor raise the venerable aesthetic challenge—to distinguish the artwork from the world it inhabits—in reverse, the environment here seeming to enter the art instead of the other way around.

This art, no matter what it might be mistaken for, has been meticulously crafted and flirts deliberately, if shamelessly, with Modernism. The materials, billed as stuff rescued from a construction drop box, might be taken for found art, with a tip of the beret to Duchamp, or they may have been manipulated and assembled, in the manner of Beuys. On one wall, a cracked piece of sawn stone has been inserted into a larger shard of gypsum dry wall, thereby juxtaposing materials, techniques, and ways of thinking about them separated by centuries. Two minerals hardly could bring such contrasting characteristics into a more revealing double portrait. This approach recalls the color theorists principle called simultaneous contrast: the notion that, say, placing red next to green makes each hue appear even more itself. Something similar happens with the shattered, eggplant-colored glass spilling off the block of foam sitting on the floor nearby. The glass seems as exotic as the foam does mundane, though in fact glass proved far easier to copy from nature than the sponge’s flexible colony of air pockets. Viewers who puzzle over the uncanny orange material, reminiscent of seaweed or fruit leather, and evidently equal to being either a sheet or a rope, should be prepared to carry away the texture and color as firmly lodged in sensual memory as a painted image.

“These materials collect in piles,” says the curatorial statement on the wall, “enabling a relationship to develop between the objects.” The sentence remains incomplete; it should go on to clarify that the relationship grows in the mind of the artist, who has found ways both vivid and subtle to make those relationships visible in the gallery. Here they speak in calm, measured voices. Perhaps in the future she will employ them the way a poet does the sound of words, evoking not only the five material senses, but the range of emotions elicited by nature. While such a performance would be remarkable, for now Lizze Määttälä seems in agreement with Philip K. Dick. The choice every person faces, whether to embrace what actually exists or to pursue distractions, does indeed run uphill either way. That said, author and artist both place their confidence in reality. 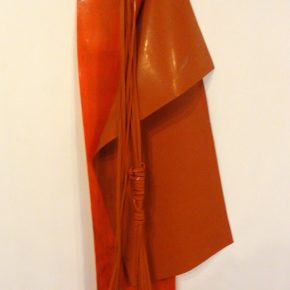 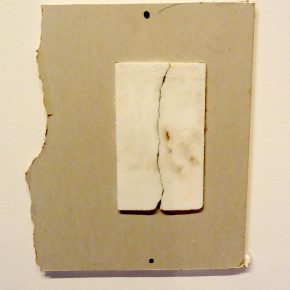 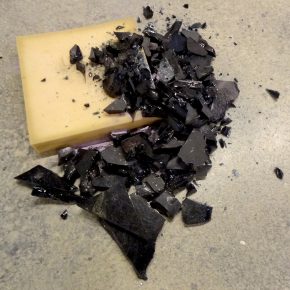 Lizze Määttälä: Uphill/Both Ways is at the Utah Museum of Contemporary Art’s Project Gallery in Salt Lake City through November 7.