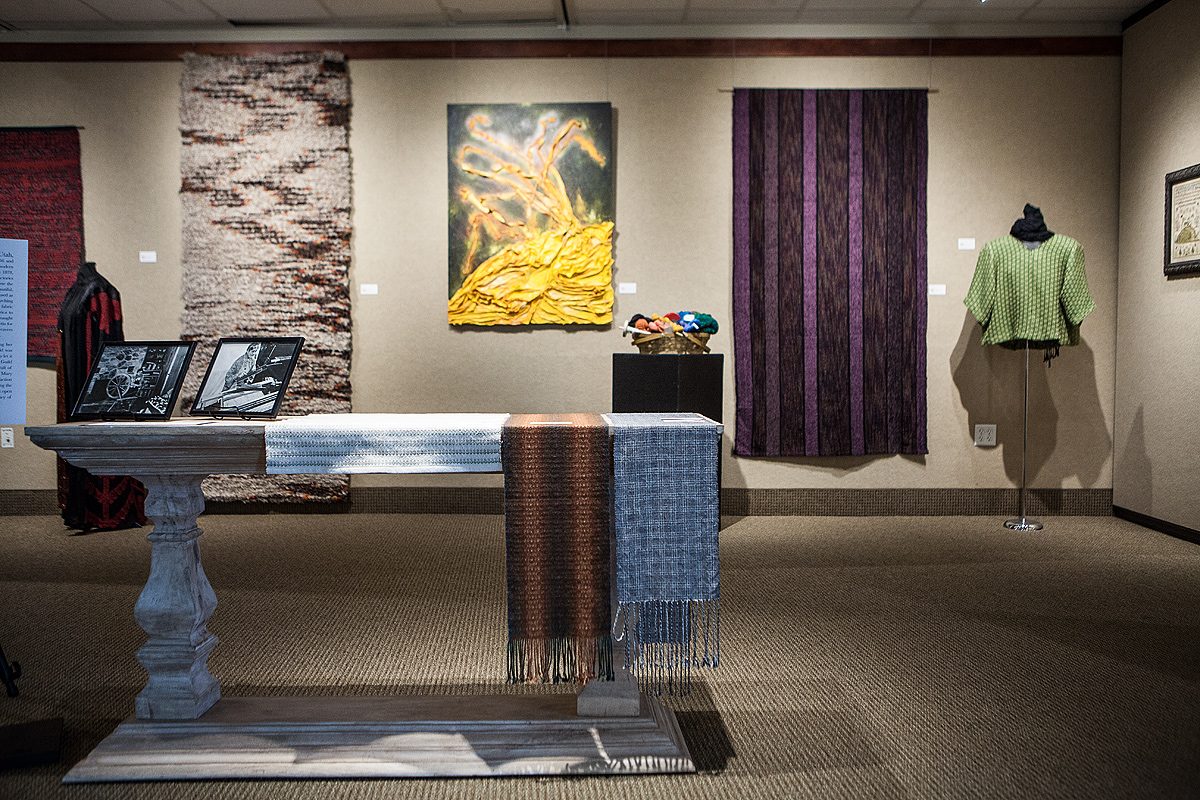 
The Contemporary art world advertises itself as suspicious of beauty, which it rejects as a goal or even a strategy. Sometimes, though, it feels as though not just beauty, but any natural pleasure is on their taboo list. Political or sociological statements, the reason-for-being of so much new art, come with portentous weight; if there is any pleasure to be had beyond that of agreeing with like-minded prejudices . . . and let’s be clear that liberal bias isn’t any better than conservative assumption . . . it’s the delight or desperation that comes from feeling one is right. If nothing else, this distortion of art’s traditional rewards underscores the value, from time to time, of abandoning the gallery devoted to hard-to-watch videos and data arrays, along with those reserved for sentimental, escapist landscapes and other reactionary matter, and giving ones attention to art that isn’t meant to lie uselessly in the gallery, or hang on its walls collecting dust. The notion that art cannot be an integral part of useful, otherwise functional objects is neither universal nor helpful. In fact, the right word for performing a task while using something beautiful to the eye and pleasant to the touch is ‘joy.’

From now until February 26, the Utah Cultural Celebration Center will be hosting the Mary Meigs Atwater Weavers Guild’s Wild About Fiber Arts.Those who make the short journey to West Valley will find a large assortment of quietly dignified, hand made textiles that promise to become more beautiful the longer ones looks at them. While these are arguably high-end products of the manual arts, they make two worthwhile—and politically and sociologically valid—arguments. One is that, contrary to the advertisements of industrialization, more material junk does not make us richer. A table set with Lori Webb’s hand-loomed placemats could not only make up for sitting down to simple fare, but make a point about the virtues of sharing food in a scattered, noisy world: the setting is part of the nourishment.|2| The other is that just as a good pair of socks will do more than a showy hat to keep your head warm, so the strength we derive from living amidst quality is more durable than what we get by surrounding ourselves with representations of a lost world. It’s not that the mimetic pieces—woven paintings and sculptures of felt or wire—are not interesting. Indeed, Sandra Sandberg’s brass and copper wire “Weaving the Woods” is both intellectually and kinesthetically compelling.|3| But there is a sense that comes from comparing Beverly Hart’s quilted wall hanging, “A Walk in the Woods” to the two bas-reliefs of Dana Perez—“Black Hole” and “Solar Flare”|4|—that as striking as all three mimetic images are, the former makes good use of the virtues of its non-mimetic, component fabrics, while the latter obscure their materials in pursuit of effects not really different from what could be achieved with gesso and paint.

For a practiced critic, finding metaphors and ideology is child’s play, whether in marble and paint, photographs, or dyed-and-knotted yarns. More fundamental than ideas, and harder to fool, are feelings. Consider, then, Kathleen McMaster’s “Mairi’s Blessing Dress.” Nothing we do on earth is more significant than replacing ourselves. We make our children with love, not the industry seen on farms. But we also do it invisibly, swaddled in mystery. Even a mother can feel a bit like a spectator when contemplating gestation. So what better way to spend months of expectation, or years of basic care, than in preparing properly for the ritual that weaves offspring into community? McMaster’s blessing dress isn’t fancy or frilly—it would never do at a royal coronation—but it is hand woven, equal to the most scrupulous examination. It says, softly but firmly, “This is the best I can do, and it is good enough.” Made over many hours of labor, but invoking the centuries of handicraft that went before, it came into being for a single use. Standing like a hand grenade in its glass case, but ready to explode in creation instead of destruction, it makes present the genius of understatement.

Other feelings are equally accessible here. While marveling at the range of contrasting textures displayed by Maureen Wilson, Karna Petuskey, and Jeanette Tregeagle, think about pride in ones skill; if an artist reveals himself in a self-portrait, what does a fiber artist mean by such a glorious shawl, or Brigitta Gornik by her bobbin-lace purse? Can stained glass windows evoke more awareness than hand-woven curtains? The truth is, again and again in this room, the eye plunges into the interior of a rug, a runner, a knotted rag, and finds riches for the mind as well. Here otherwise humble bits of human industry receive their due. An assemblage by Susan Timmy Burton, celebrating the machine-woven tapestries lying unseen on the backs of neckties, gives pause to wonder: how many of the men who have worn such ornaments knew these labels were engineered to hold the tie’s tail end, equally out of sight?

A kind of shrine at the center of Wild About Fiber Arts redresses a gross oversight. How is it that we celebrate the anonymous men and women who crossed an ocean and a desert to come here, but not Mary Meigs Atwater, who fought to preserve the Highland weaving tradition in the face of the Industrial Revolution’s machine looms? Faced with the choice between joining the futile destruction of the Luddites, or knitting together a positive force of resistance, she found her way here. To meet her halfway, and to see how much better some things were before the improvements of modern life, all that we need do is make a short trip across town. 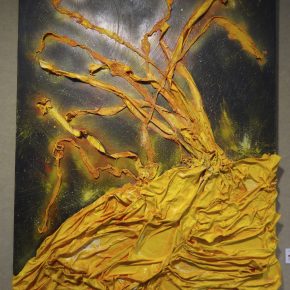 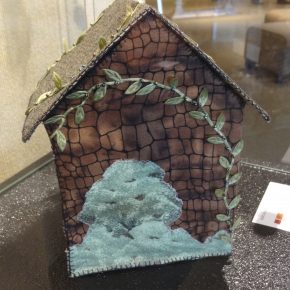 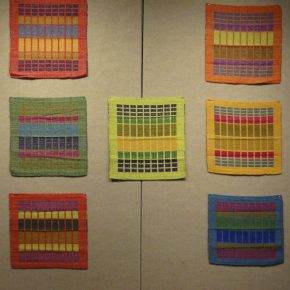 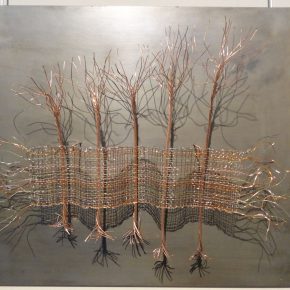 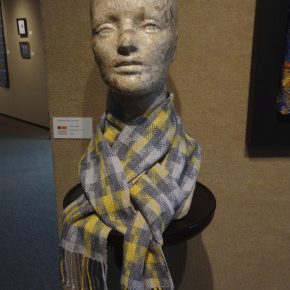 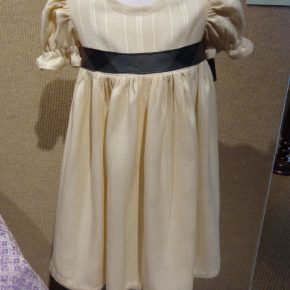 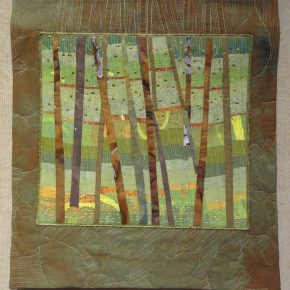 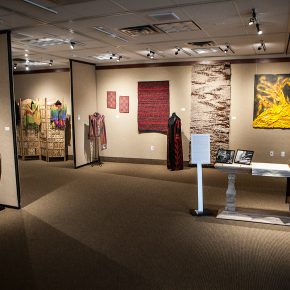 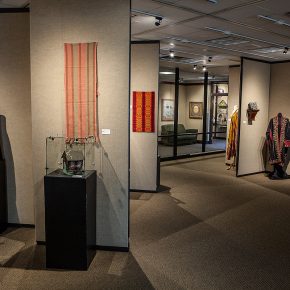 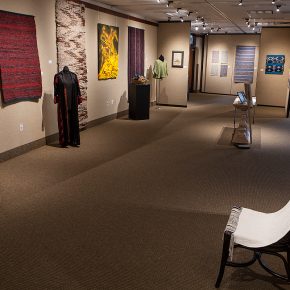 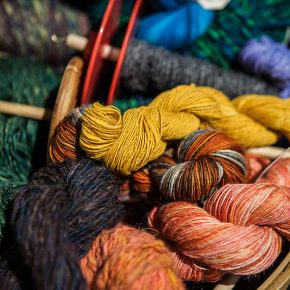 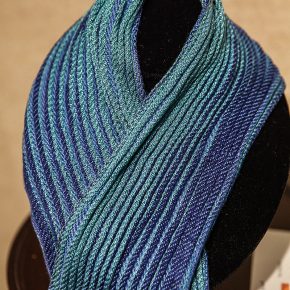 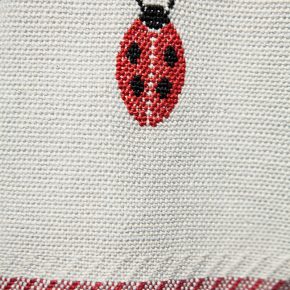 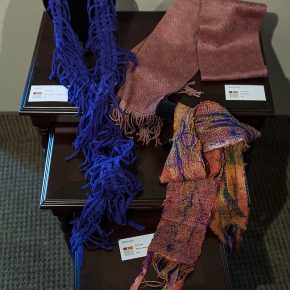 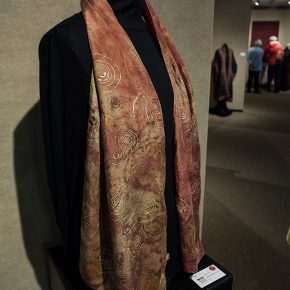 The Mary Meigs Atwater Weavers Guil’s Wild About Fiber Arts exhibit is at the Utah Cultural Celebration Center through February 26.