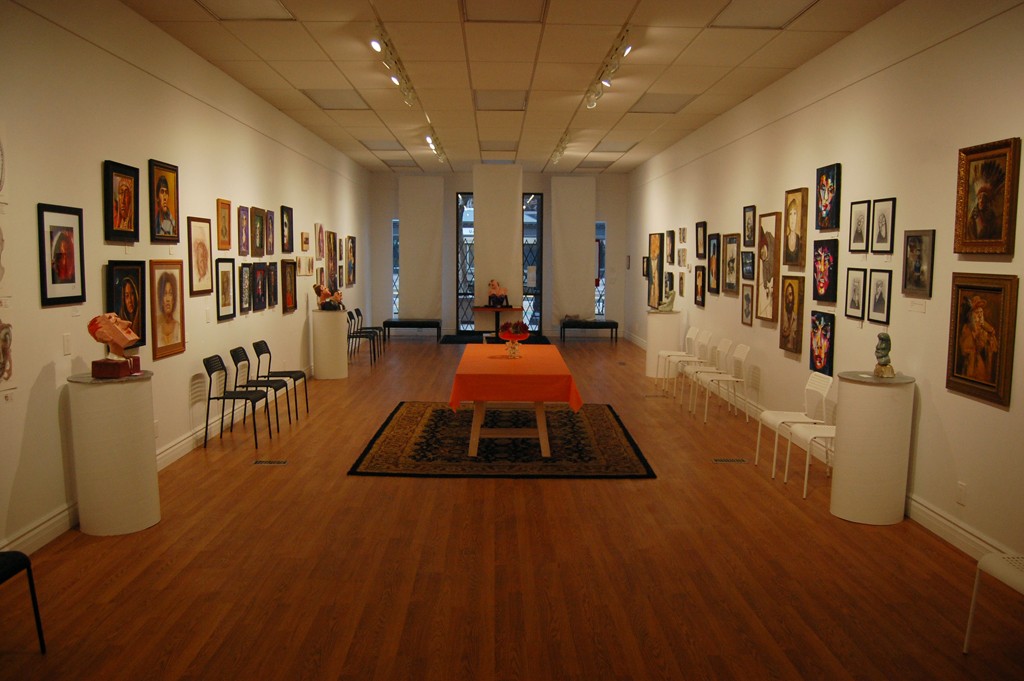 It took a lot of moxie to even consider turning AJ’s Kwik Mart into a decent art gallery, but Terence K. Stephens has done just that – even creating a “nice urban lofty kind of thing,” as he describes his elegant upstairs quarters, to reside in with his dog, Cougie. And he did all the renovation long distance. The pair moved to Salt Lake City from San Francisco (where Stephens’ gallery dreams were “too prohibitive”) in November 2014 and Art270 opened in December of that year.

Located on Main Street (270, natch) just south of City Weekly’s offices and Sam Weller’s former home, the entire building is only about 15 feet wide, making the gallery narrow but quite workable, with a piece of Stephen’s contemporary sculpture greeting visitors at the door and art hung on stark white walls along both sides. There’s a bar in a small room at the back used for private openings and parties and plenty of space for tables to seat students during art classes held there. The gallery is open Wednesday through Saturday, 1- 5 p.m.

When Stephens bought the building, windows were broken, there was no flooring or subflooring and the carpeting was shag (shudder).  Now, he awakens to the Walker Bank sign directly across from his sky-high bedroom windows announcing what the weather will be (more or less precisely), his late Great Aunt Mary Judge’s building across the street from the living room, his dream gallery just downstairs and a basement studio to create in.

The artist grew up in Salt Lake City. “I left when I was 18 and came back several times. I would move away and come back,” he says with a laugh. He has a few relatives still living here: his great-grandmother was Jenny Judge Kearns, wife of the Utah senator who was an owner of Park City’s Silver King Mine and The Salt Lake Tribune. 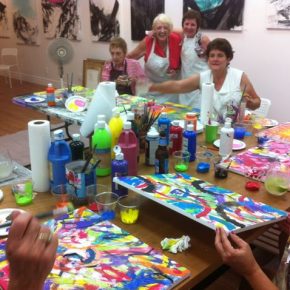 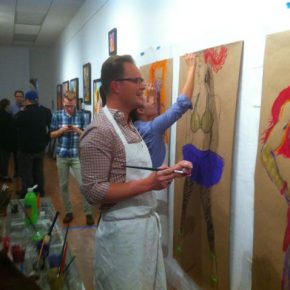 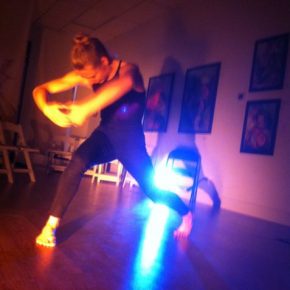 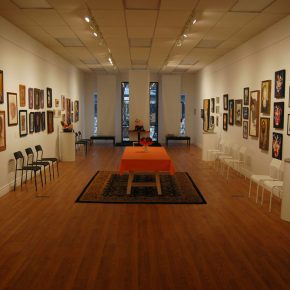 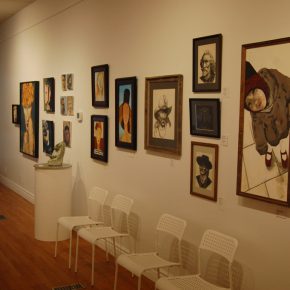 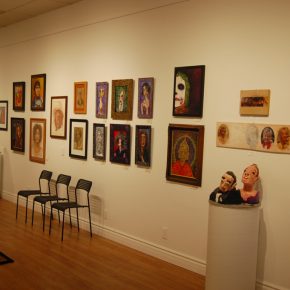 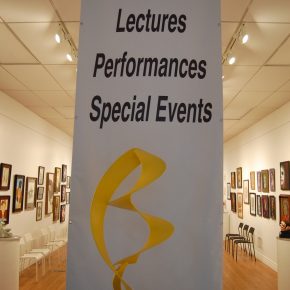 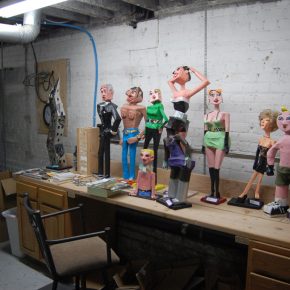 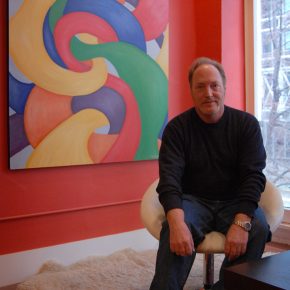 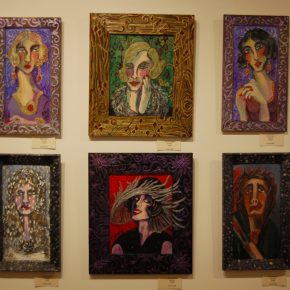 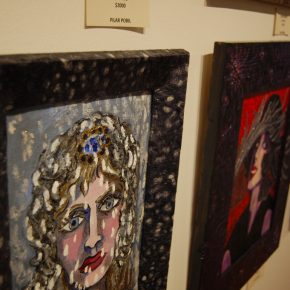 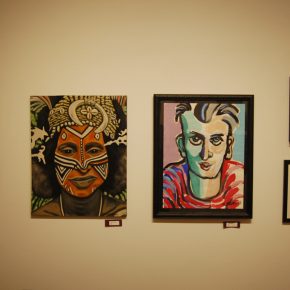 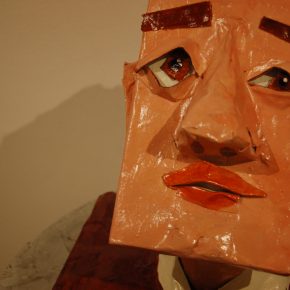 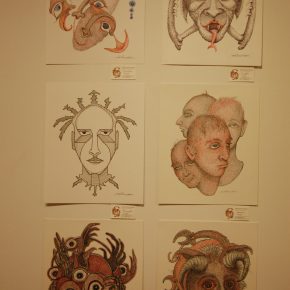 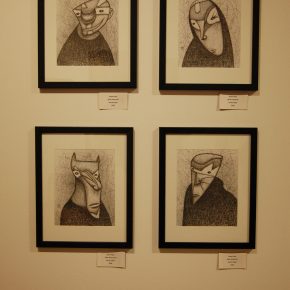 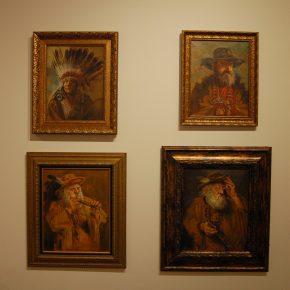 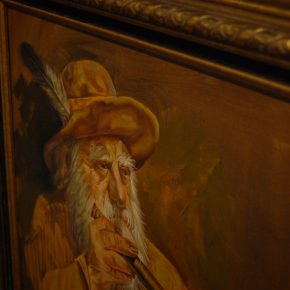 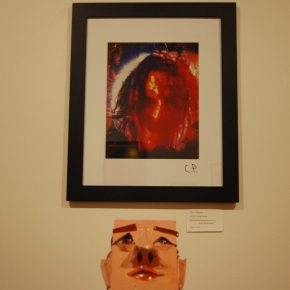 Response to Art270 “has been fast and slow and fast and slow,” says Stephens. “Most people still don’t know it’s here.”

When he has events, though, it fills up. Repertory Dance Theatre held something there; the Utah Film Center did an event for Damn These Heels; there was a Canines for a Cause event; some classical Spanish guitarists do concerts there. He has an animal show for a local animal charity once a year.

“In April, I’m having an MFA show for the U of U about food addiction. In October we’ll do a mask show and have mask-making classes. [Classes, by various teachers, are always related to the show that is up.] Women who train dogs for the veterans gave a lecture. I’m just creating as I go, basically,” he says, “doing whatever I can to get people in here.”

“I advertise in City Weekly and Pets in the City and the Gallery Stroll brochure. I have several regulars who seem to come with friends. Little by little, in an organic process, things are developing,” Stephens observes.

There are public and private openings for shows, generally on Gallery Stroll night. Stephens has expanded from exhibiting just his own artwork to now having a show with over 30 local artists including Pilar Pobil, Judith Romney Wolbach, Grant Fuhst (who also is opening at the Art Barn this month), Anne Albaugh.

The Face Off will also include a number of emerging artists. “Some drive diesel trucks or work in factories,” says Stephens of the artists involved. “Corey Ponder is a quadriplegic who was delighted to have a gallery show his work”; Gunter Radinger runs The Oxford Shop; Jude Robinson is a psychic; Abbas Mathlum a Kurdish taxi driver. It’s an appropriately eclectic mix of backgrounds for a gallery located right in the heart of Salt Lake City.